Police said her SUV was found in a pond at the intersection of Reflection Bay and North Clear Lake Loop in Shadow Creek Ranch. 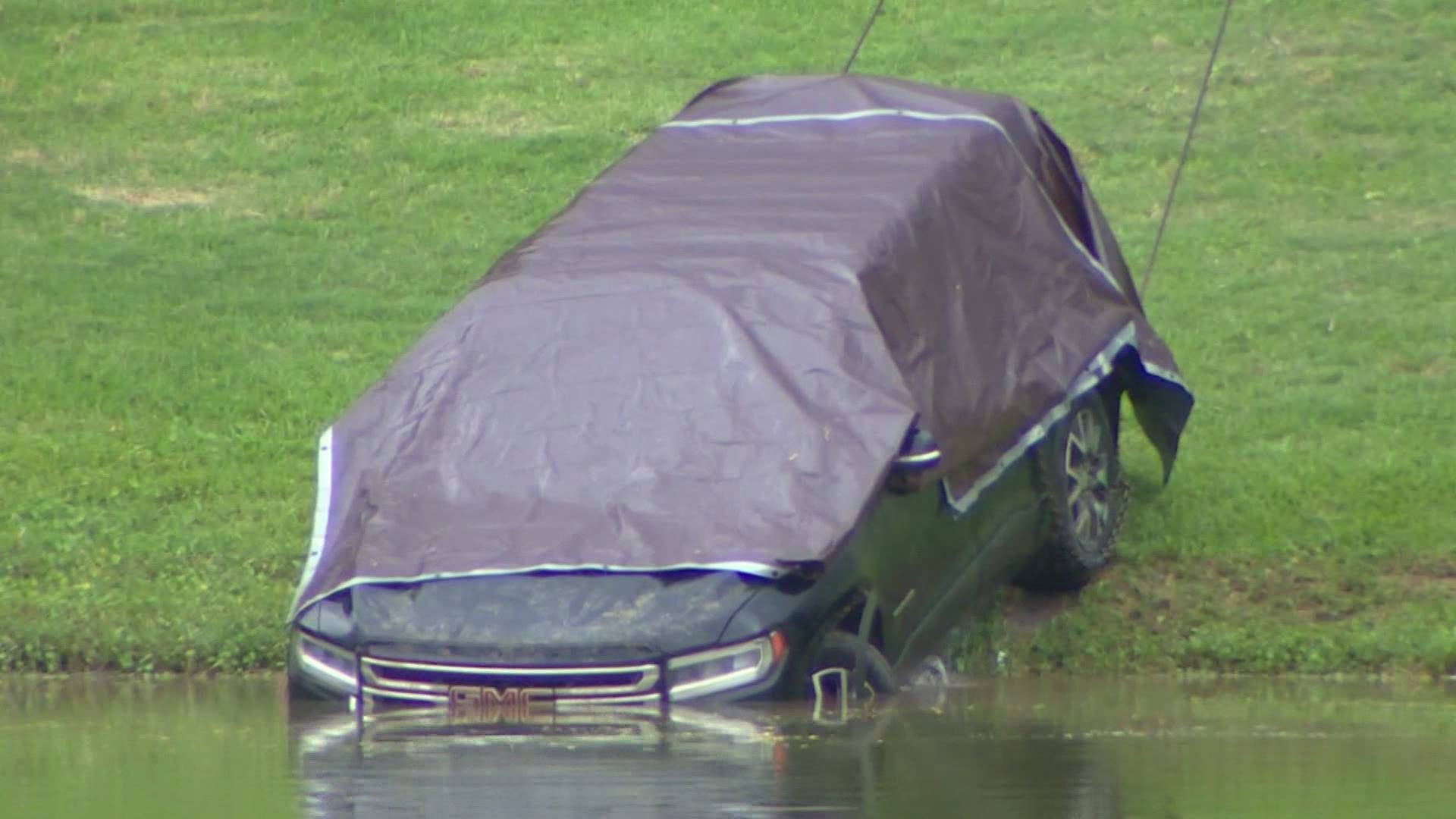 HOUSTON — The vehicle belonging to missing woman Erica Hernandez was pulled Tuesday from a body of water in Pearland.

The SUV was pulled out of a pond near the intersection of Reflection Bay and North Clear Lake. In a news conference Tuesday evening, investigators said they found a body inside. Investigators offered condolences to Hernandez's family but said they are waiting for an autopsy and positive identification before announcing that it's her body.

Several law enforcement agencies had been searching for Hernandez for three weeks. They searched numerous locations but came up with nothing.

Investigators said information from the FBI led them to the pond in Pearland. That's where they found evidence suggesting the vehicle struck a curb and went into the water.

Police said it appears the SUV had been in the pond for a while, probably since the night Hernandez was reported missing.

Erica Hernandez's family showed up at the scene Tuesday evening. They had been searching frantically for the 40-year-old missing mother who was last seen in the Braeswood/Bellfort area of southwest Houston around 2:45 a.m. on April 17.

RELATED: 'Moms for Erica' | Volunteers search for Erica Hernandez with hopes to find her ahead of Mother's Day

Erica’s sister, Ashley Hernandez, has been relentlessly searching for Erica since she went missing on April 18, along with countless community members.

Ashley Hernandez said this Pearland location is not a place they know, and the family has been trying to figure out why Erica Hernandez would have been there.

“We found her car, but we still need to keep going,” Ashley Hernandez said. “There’s no reason for her to be over here. I think somebody had to have made her go in this direction for whatever reason.”

The family of #EricaHernandez is on the scene. We do NOT know the type of car or the identity of the person found inside. Erica disappeared on April 18. People have been searching southwest Houston for the missing mother of 3. #khou11 pic.twitter.com/finQ4lyYvI

“I mean, he was still asking for her just a few days ago. Is she coming back? When is she coming? She (his grandmother) just tells him, ‘She’ll be back later,'" Ashley Hernandez said.

Family wasn’t given a timeline of when the body will be identified, according to Ashley Hernandez, who says no matter what, they’re not done searching for answers.

“We still need to find out why she is here. Who did what? What led her to this location?" Ashley Hernandez said.