After getting out of the hospital, the suspect got into the ambulance that was outside and unattended and took off. 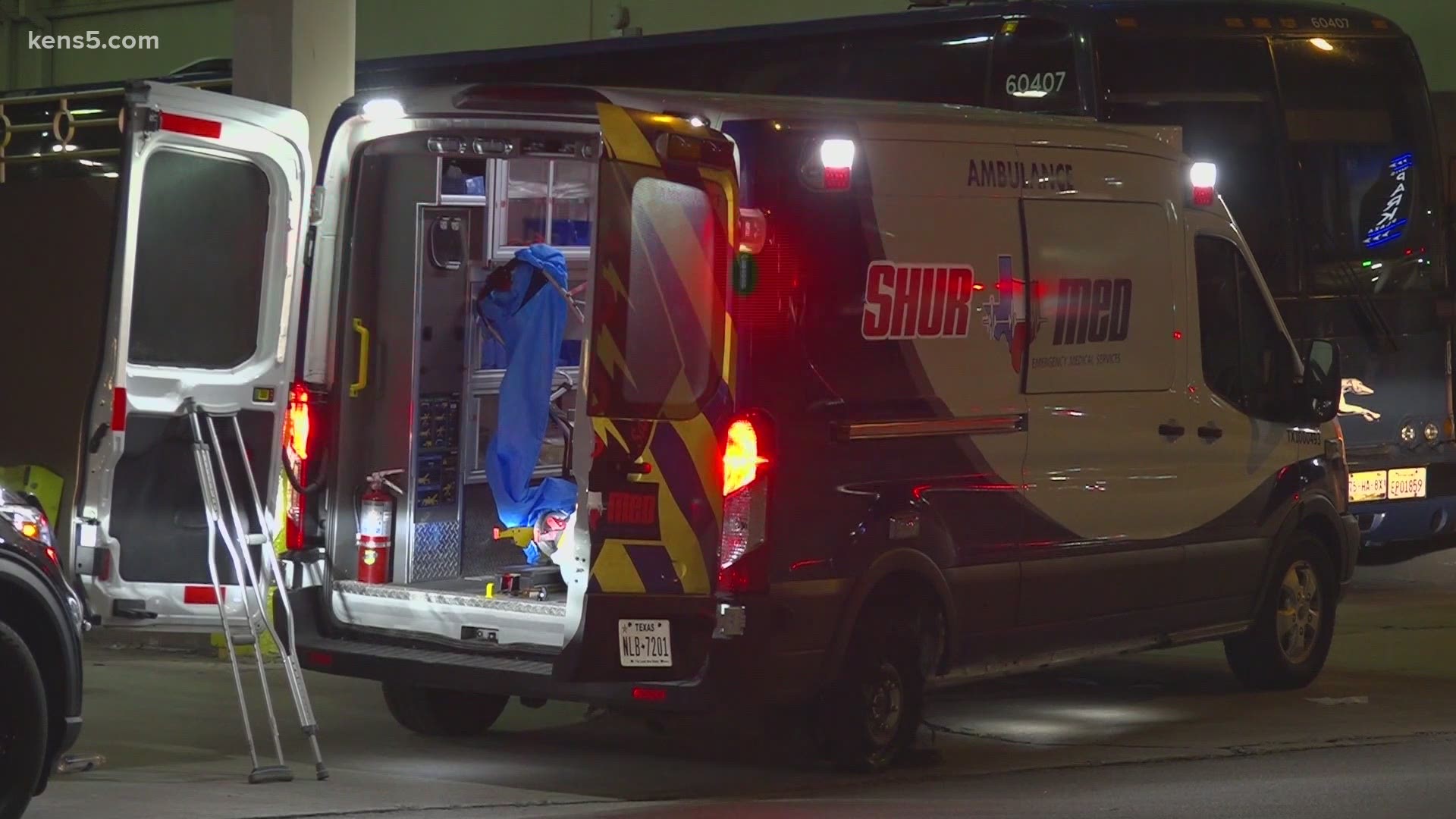 SAN ANTONIO — Police were led on a short slow-speed chase after a hospital patient stole an ambulance, police said.

At 11:15 p.m. a patient got out of Baptist Medical Center located at the 100 block of Dallas street, police said.

The patient got into an unattended ambulance that was left outside running --- then took off. An employee who was watching the security cameras spotted it, got into their personal vehicle, called 911 and chased the ambulance, officials say.

At some point during the chase the employee pulled out his personal firearm and fired a shot at the ambulance hitting the back tire.

Police soon joined in with the slow speed chase for a short time until the ambulance became disabled on Pecan Street in front of the greyhound bus terminal.

The suspect was taken into custody. The charges are unknown at this time.