'They failed to protect them': Parents of Black students targeted in racist post speak out against Aledo ISD

The parents of two students who were sent a racist post said the school district is not being transparent and honest about the racist post. 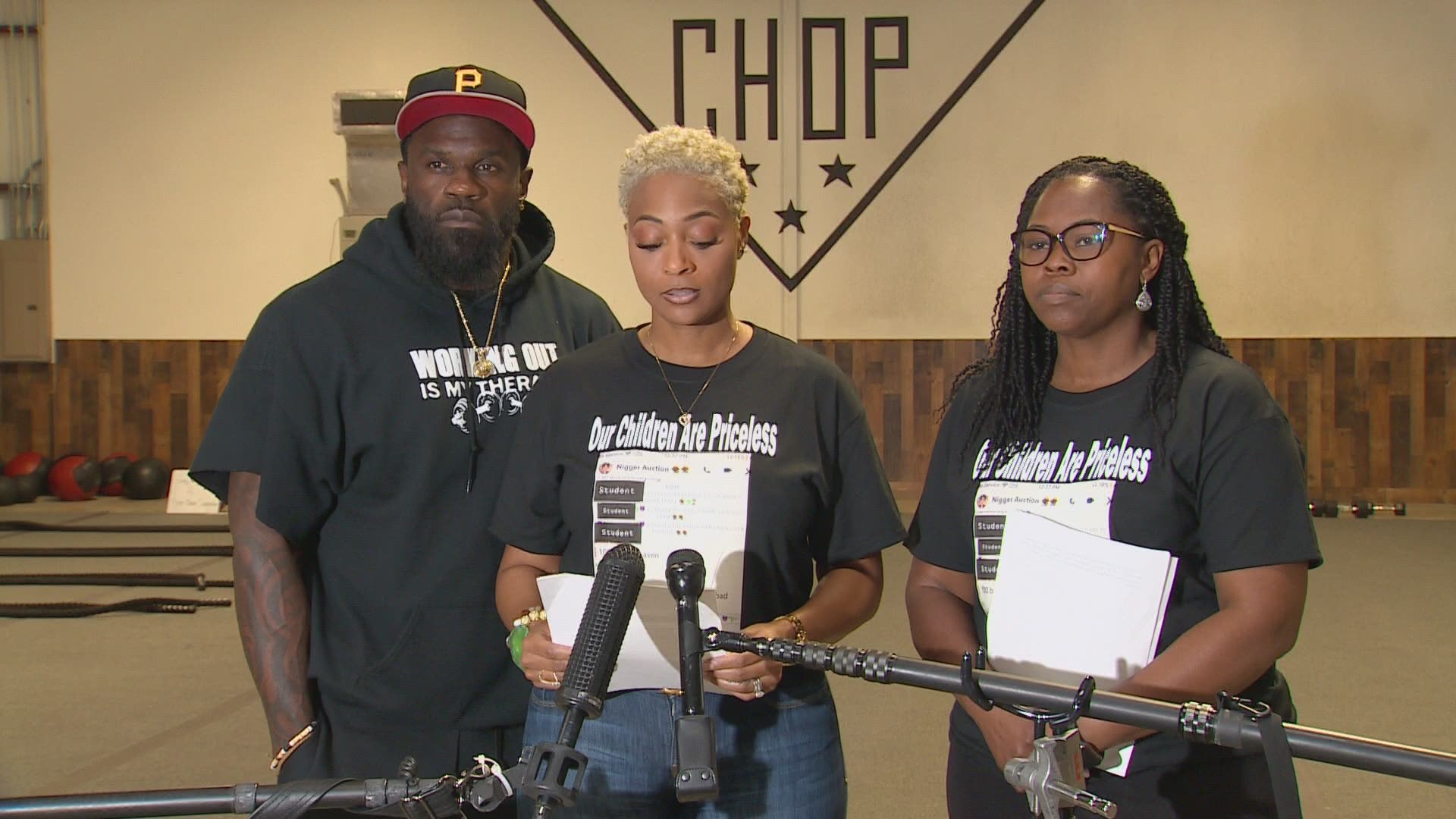 ALEDO, Texas — The parents of two Black students targeted in a racist social media group stood together to speak out about what happened.

“Today I stand very clear our sons are not victims. They are targeted in a racially charged incident terroristic threat and subjected to racism,” said Mioshi Johnson, mother.

The parents wanted to stress their children are not victims but courageous young boys.

“I will not let this town, or the media victimize our sons, so stop victimizing them. They stood up for themselves,” said Johnson.

Johnson and Tamara Lawerence said their sons came to them after they were sent a screenshot from the group that initially called itself “Slave Trade”. The group pretended to auction their sons. One of them for $100, and another one for a dollar.

“When this egregious racial incident occurred, which involved emulating a slave auction and putting a price on the life our son, Aledo ISD was paralyzed by fear like so many school districts,” said Lawerence.

The parents said they went to the principal of the 9th grade campus and to administrators, asking them to be transparent and for the district to detail what happened.

“The Aledo ISD administrators injured our sons and our families more so by not being entirely transparent about the severity and degree of this racially charged hateful behavior. They chose to put out these statements only after this incident became public and not by the families,” said Lawerence.

Johnson said she has been trying to work with the district for years and said a few years ago she worked to craft a diversity inclusion plan, but the school board voted it down.

“We worked for months on a diversity inclusion plan, just to have it voted down by every school board member that was sitting at the time,” said Johnson.

The parents now want the district to provide mandatory racial and cultural awareness training, and to come up with a policy that punishes racist behavior more harshly.

The parents said they aren’t going anywhere. They said they are part of the community and will continue to demand change.

“We will be part of the change because our sons deserve it,” said Johnson.