Parents at IDEA's Najim campus said teachers singled out their kids by marking up their shoes. The school said it will work to find better solutions moving forward. 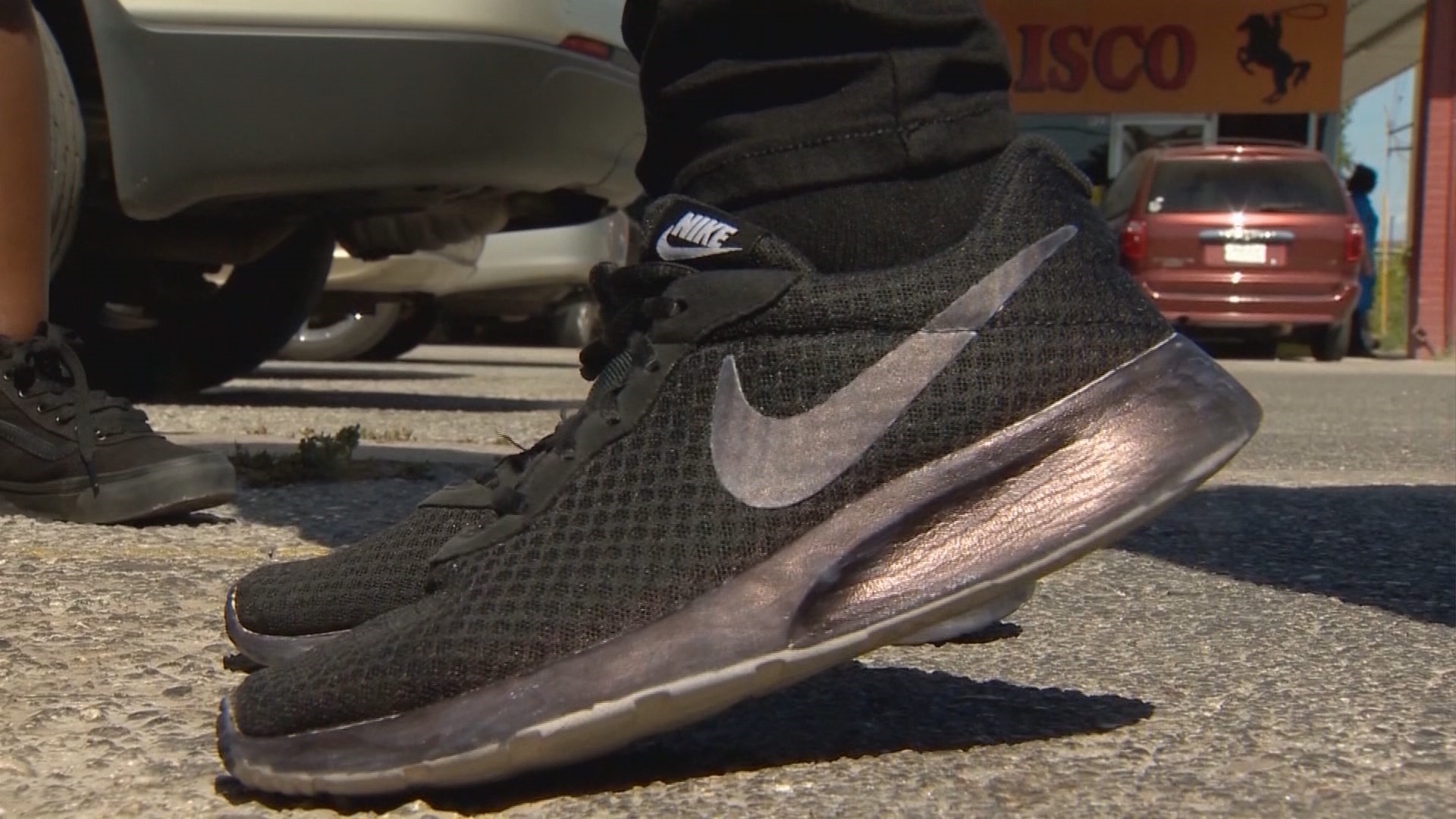 SAN ANTONIO — Parents at a local school are firing back after they say teachers singled out their children by marking up their shoes.

Part of the required uniform at the IDEA Public Schools Harvey E. Najim campus is that students must wear all-black shoes.

According to some parents, when students arrived this week to begin the school year, teachers stopped students who didn’t have completely black shoes and filled in the non-black parts of the shoe with duct tape or permanent marker.

Lashonda Peterson said school staff used duct tape to cover-up a small white part on the top of her daughter’s mostly black shoes. “I feel like they’re degrading the children,” she said. “This the third year my kids have attended this school, and I just feel like they've just gone a little overboard.”

Other parents posted pictures on social media of their children, who came home with duct taped shoes or other shoes ruined by permanent marker.

“Some of these kids in this community, it's already hard for people to buy school supplies, uniforms for their kids,” Peterson said.

Another parent, who asked to remain anonymous, said her child was pulled out of class because she wasn’t wearing the right colored socks.

“She's in seventh grade and never had an issue. Ever, ever, ever,” said the parent. “And just over some socks, the color of the socks. I was like, 'no, it doesn't make no sense.'"

In the uniform guide IDEA Public Schools has published online, the requirement lists the shoes as “black shoes with black laces (if applicable).”

That's something that is confusing to these parents, who say the school has gone too far by punishing the kids for a minor detail on their shoes.

“It feels good to have a great school on this side of town.” Peterson said. “And for them to implement the rules, the way they are, the way they're going about it is the wrong way.”

IDEA Public Schools sent us a statement in response to the parents’ concerns, saying:

"IDEA Public Schools believes that uniforms play an important role in maintaining a culture of focused learning and positive behavior, and we communicated uniform expectations with families prior to the start of the school year. While we want to ensure students abide by the dress code, we don’t condone, and have put a stop to, modifying student property to address uniform policy infractions. We are connecting with each family who has had impacted  property, and we will provide a replacement of equal value. We are committed to working with school leaders, staff and families to find more viable solutions moving forward. "

Some parents said they plan to withdraw their students from IDEA, and enroll them in another school.