Recognizing the signs early is key. 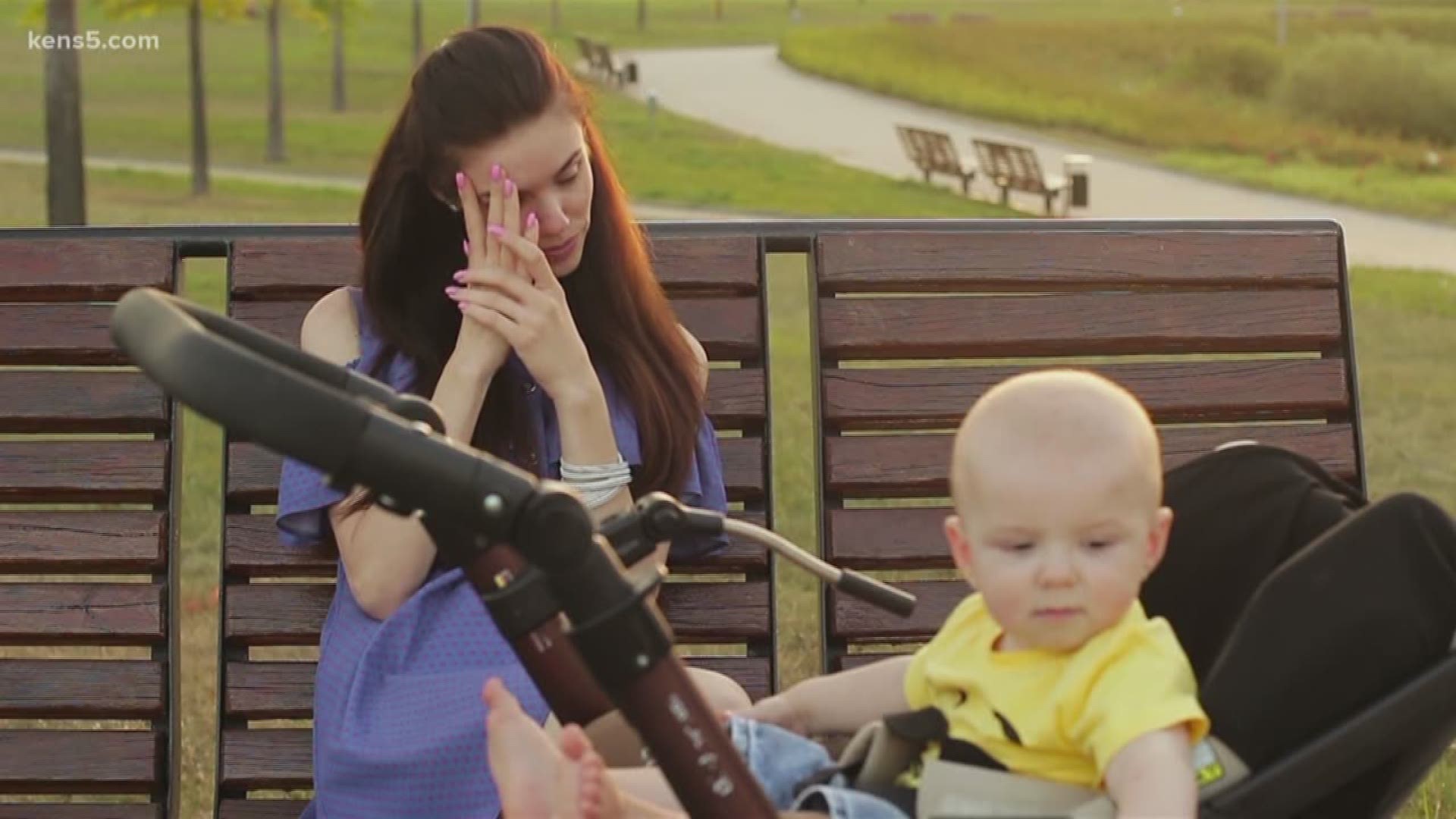 SAN ANTONIO — Postpartum blues are fairly common in women in the first few days after giving birth. But when those symptoms last for two weeks or longer, that's when it becomes the more serious postpartum depression.

Postpartum depression can come with many symptoms, including depression, anxiety, decreased energy, irritability, insomnia, lack of appetite, disconnected feeling or lack of interest in normal activity.

"If there are five or more of those symptoms that have been greater than two weeks in duration, that is the clinical diagnosis of postpartum depression," said Dr. Erin Mankus, an Assistant Professor in the Department of Obstetrics and Gynecology at UT Health San Antonio, who also sees patients within the University Health System. She said an outsider prospective in noticing these symptoms is vital. "Giving that outsider perspective to say that you don't seem yourself in a non-judge mental nonconfrontational way," she said.

Some of the risk factors for postpartum depression include symptoms of depression during or after a previous pregnancy, previous experience with depression, a stressful life event during pregnancy or shortly after giving birth, medical complications during childbirth, and lack of strong emotional support from friends and family.

Something else Dr. Mankus said can be a catalyst to getting postpartum depression is stopping medication when you find out you are pregnant. "Make an appointment with your obstetrician and also identify at that time what medications you are taking and why, because the treatment of depression during the prenatal care is vital to making sure we don't develop postpartum depression after delivery," she told us.

If you feel you may have postpartum depression but you aren't ready to approach your doctor about it, Dr. Mankus said to check out postpartum.net. "It is an international society that's in every state in the United States and in 36 countries, that has a 24 hour hotline specifically for postpartum depression."

Here are some last-minute 4th of July recipes

Robbers on the run after fatally shooting 2-year-old boy, wounding dad and friend

Made in S.A.: Generations of success at Steves & Sons