Irene Martinez was diagnosed with the condition seven years ago. 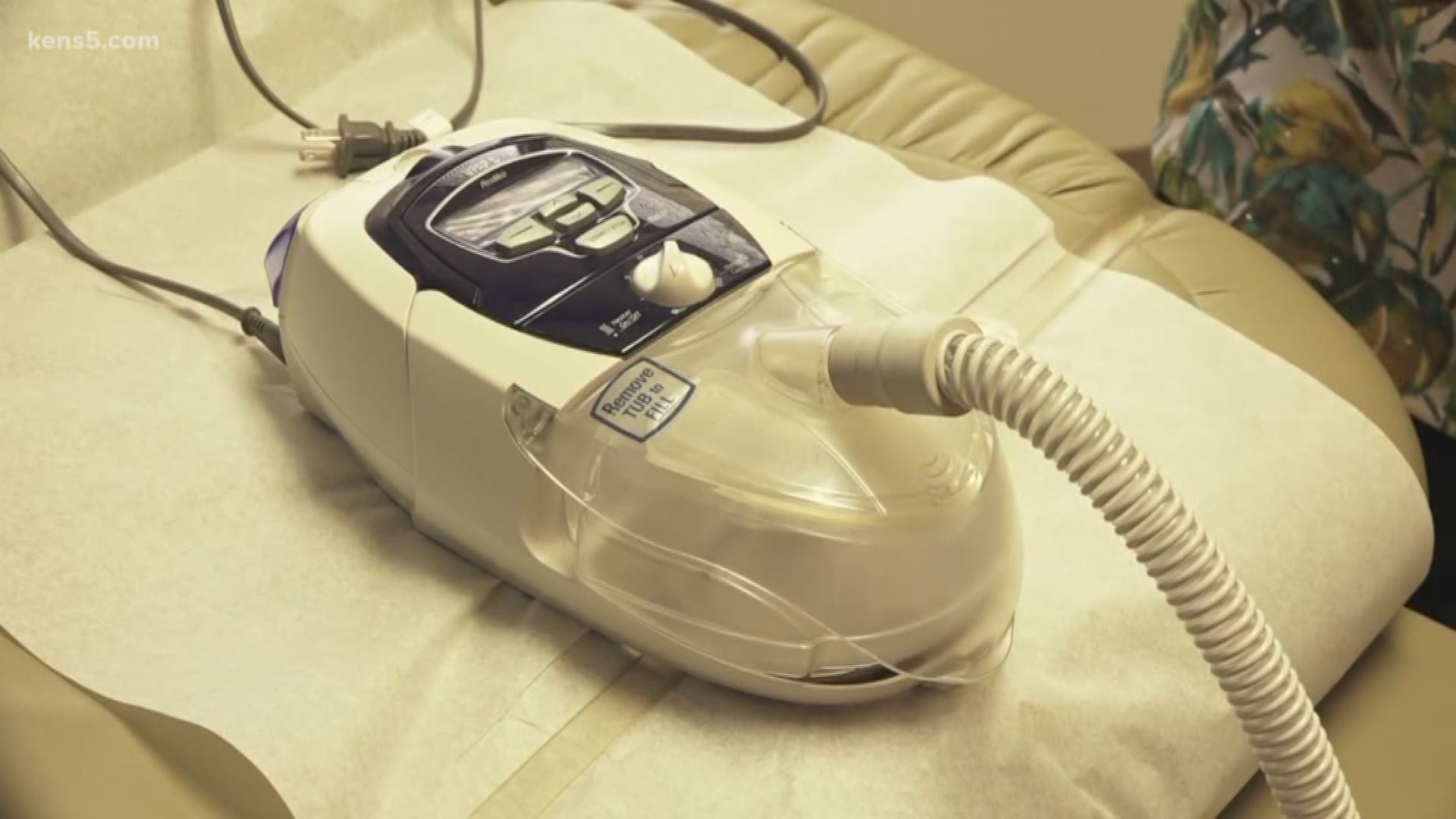 SAN ANTONIO — Not being able to sleep well and wake up rested can be a warning sign that bigger problems exist for some people. Getting treated for obstructive sleep apnea is imperative, and, for many, it's a life saver.

Irene Martinez told us, "I didn't know what was going on with me until my daughter spotted me and saw what was happening to me and sounded concerned."

Her daughter just happened to catch her mother sleeping late one night when she went into her bedroom to talk to her. "She saw that I had stopped breathing so she waited a second and then I woke up gasping for air. I was literally trying to catch my breath," said Martinez.

But she didn't know she woke up, and fell right back to sleep. She added, "She tried waking me up but I was out." Martinez had no idea she had sleep apnea until she was diagnosed. "I didn't know that I was not getting some sleep at night because of my episodes. I was having I didn't know I was having them," said Martinez.

Some of the symptoms of sleep apnea include loud snoring, restless sleep, waking up choking or gasping for air, recurrent awakenings or insomnia, morning headaches, and sleepiness or lack of energy during the day.

Once she was diagnosed Martinez' treatment was a CPAP machine, or continuous positive airway pressure device. It helps maintain breathing during sleep. For those who need it they say it's a lifesaver. Martinez told us, "The CPAP is what keeps me breathing at night and I don't know what I would do without it."

Dr Catherine Whiteley, a family medicine physician for University Health system, says the CPAP machine has changed Martinez' life. She said, "She's a very good patient and loves that machine. It helps her feel a lot better she has more energy in the morning her headaches have gone away." Martinez added, "I think that a lot of people that can use it and will use it and have to use it it will be their lifesaver."

Wear The Gown: One man's battle with Hepatitis C

Wear The Gown: The risks and symptoms of Hepatitis C