The condition can be deadly if left untreated. 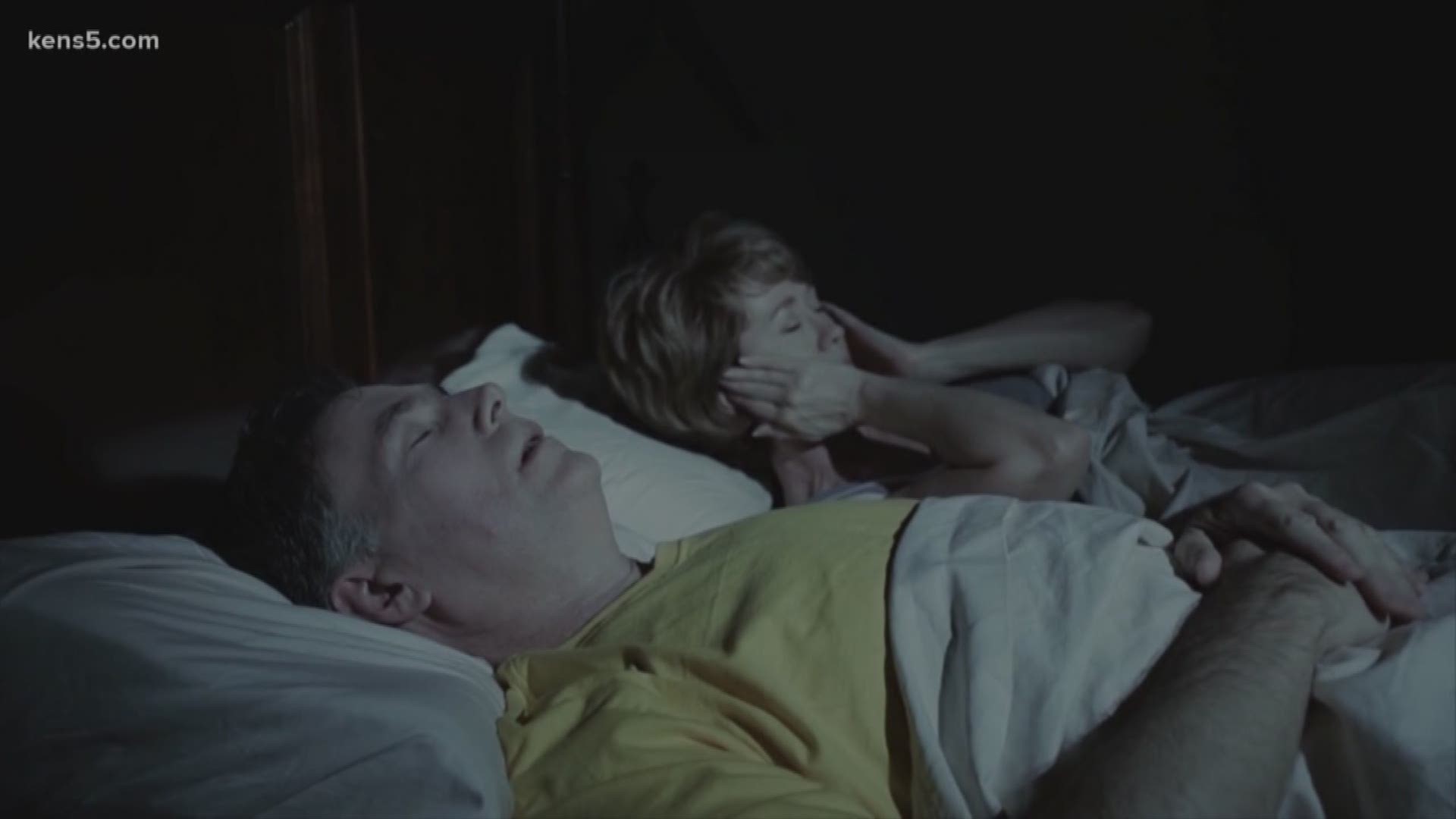 SAN ANTONIO — Obstructive sleep apnea is a common, but serious, sleep disorder that causes you to stop breathing during sleep. If left untreated, and if severe enough, medical experts say it can result in death.

"At night the organs of the throat, tongue (and) the pallet, can collapse into the throat and cause decreases in oxygenation. We wake up gasping for air and choking and gagging and snoring to try to get more air," said Dr. Catherine Whiteley, a family medicine physician for University Health system.

She says the condition is found more often in men than women, and in those who are overweight.

"Unfortunately with the extra weight, we don't have the strength when we sleep to push those muscles out when we are exhaling, and to keep up when we are inhaling," Whiteley said.

Some risk factors for obstructive sleep apnea include obesity, family history of the condition, snoring, having a small lower jaw and other facial configurations, and having a large neck circumference or large tonsils.

"Patients who suffer from obstructive sleep apnea can get depressed because they are tired all the time they don't have the energy," Whiteley said.

RELATED: Wear The Gown: One man's battle with Hepatitis C

RELATED: Wear The Gown: The risks and symptoms of Hepatitis C

Sleep apnea is often caught by a partner of someone sleeping in the same bed. But what if a person sleeps alone?

"It would be very hard to diagnose it, but this is up to the clinician to kind of see the red flags," Whiteley said.

The Epworth Sleepiness Scale is another way to determine if a patient could have sleep apnea. Based on a scale of 0 to 3, it asks patients how often they fall asleep in certain situations, such as sitting and reading, watching TV, as a passenger in car, or as a driver stopped in traffic. The higher the total score, the greater the need for medical attention.

"The decreased oxygenation can cause heart attacks, can cause strokes, can cause pulmonary hypertension as well which is another silent killer," Whiteley said.

For more information about family health, call (210)358-3045. You can also find the rest of our Wear The Gown stories at WearTheGown.com.