Wear The Gown: Detecting breast cancer in both women and men

The disease is not common in men but it is still possible. 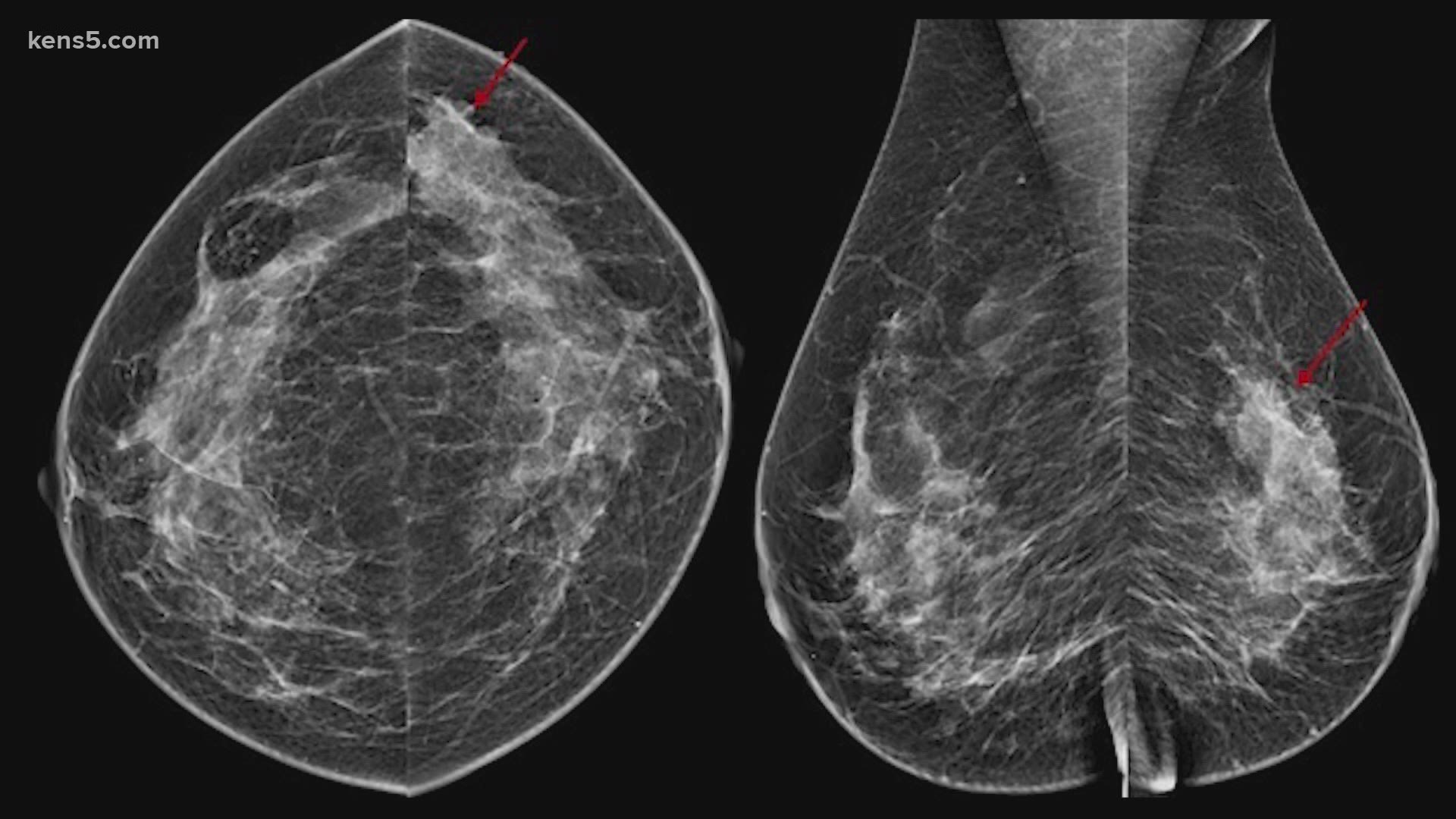 SAN ANTONIO — October is Breast Cancer Awareness Month and the disease may be more common than you think, with one in eight women diagnosed at some point in their life. But men are susceptible, too.

When most people think about breast cancer, women immediately come to mind. But breast cancer can develop in men as well, and just like with women early detection is key.

"It is not common but it is not impossible, especially men that are high risk if they have genetic susceptibility's which they would probably know if their mother or multiple sisters had breast cancer. They would be at an increased risk," said Dr. Vanessa Medina who is a diagnostic radiologist with University Health System, and is a breast imaging and intervention fellow at UT Health San Antonio.

She said since men aren't typically screened for breast cancer, there's one way to find out they may have it. She told us, "The biggest problem is going to be a palpable abnormality or if they feel a lump in their breast and that is typically when we will see men."

Some of the symptoms of breast cancer include a lump in the breast or underarm, that goes for both men and women, then for women only a thickening or swelling of the breast, irritation or redness of the skin, discharge other than breast milk including blood, and pain in any area of the breast

The way to find out if you have breast cancer is through a yearly mammogram.

Dr. Medina said, "A screening mammogram is done annually and women come in they get there for pictures of their breast and they leave. It is interpreted at a later time. They get the results usually by mail at a later time."

But another kind of screening can be performed if a woman is already having a problem. And the results are faster.

Dr. Medina added, "A diagnostic mammogram is performed when a woman has a problem. those problems include nipple discharge or a palpable abnormality."

With a diagnostic mammogram, women get the result of the mammogram right there, which limits the anxiety of waiting for a result.