Karen Nolan suffered a stroke the night of the April 28th storms. 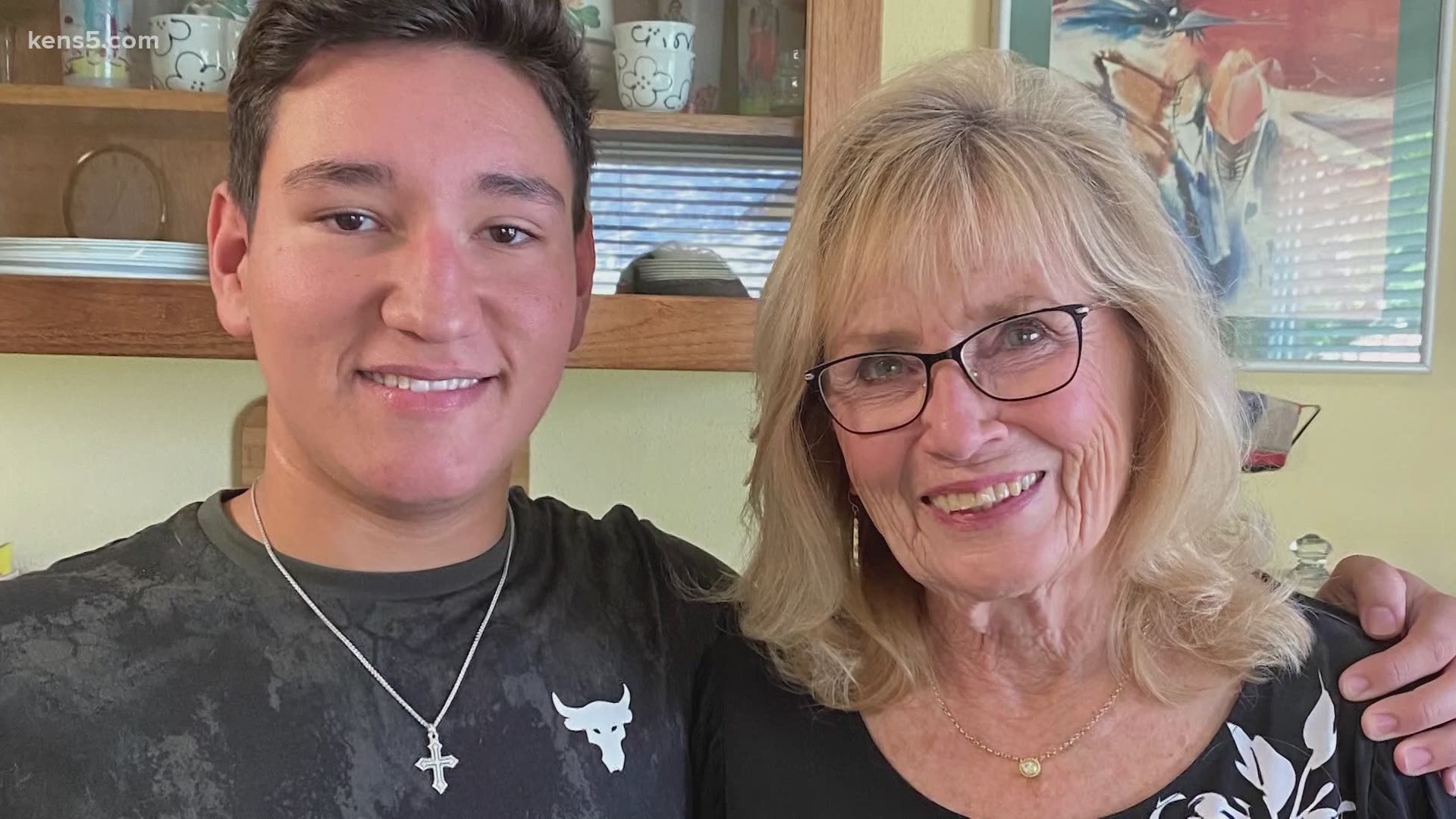 SAN ANTONIO — When you have a stroke recognizing the signs and taking action as fast as possible is the best way to survive.

The night of April 28 was a rough one for many with a tornado near Hondo, tennis ball sized hail and flooding rain in San Antonio. For one Leon Valley woman, that weather was just the start of one of the roughest nights of her life.

"So my husband and I were out there. Sweeping away water and had buckets and we were trying to keep the water from coming into the house and it was about nine o'clock, 9:15," said Karen Nolan.

She says she tried telling her husband she was going into the house.

"I thought I was going to tell him I was coming in the house for a minute. And instead I said, 'Ahhh.' That was it," Nolan added. "I guess I knew I was having a stroke, but I came in the house and I collapsed as I walked into the bedroom."

Right away her husband called their daughter who works in the University Hospital neurosurgery department. When she arrived she knew it was a stroke and immediately called her doctor and got her to the hospital where her doctor gave her a clot buster.

"He had this little syringe with some stuff in it about just a little bit of stuff," Nolan said.

Dr. Justin Mascitelli, a neurosurgeon with University Health explained it a bit more.

"She was actually treated with IV tenecteplase which is a blood thinner that goes in through the I.V. It's relatively new. It's similar to IV TPA, which has been used for years," he said.

The blood clot that caused the problem was broken up less than an hour after stroke began. Nolan says she is thankful for the fast-acting staff and University Hospital and thankful that her husband was there when it happened.

"You know, we were lucky. We were together in the backyard. He was there. She was home. We were able to respond very quickly," she said.

She has this advice. Nolan said, "Don't wait and don't be embarrassed to call the ambulance, 911. Do it!"

For more information about family health call (210) 358-3045. You can also find the rest of Wear The Gown stories, just go to the Wear the Gown website.