After 13 years, The Chow Train has served more than 100,000 hot meals and provided disaster relief all over the country. 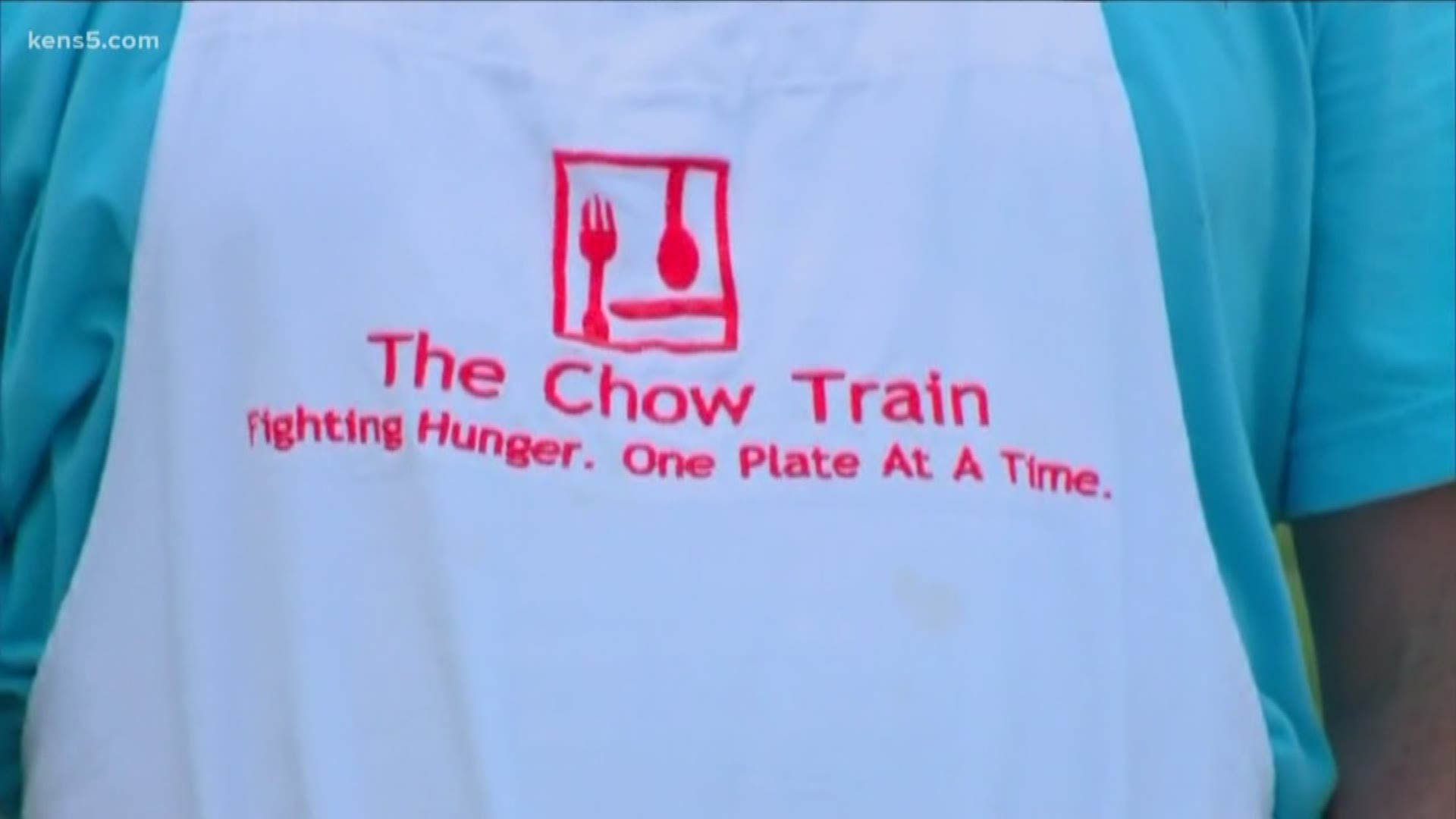 SAN ANTONIO — A local group called The Chow Train has fed the homeless and hungry in our community for 13 years. This Christmas, they will be serving their last dinner service and passing the weekly tradition to other local organizations.

Joan Cheever, founder of The Chow Train, said the weekly dinner service started out as a learning lesson for her children.

"It started in the kitchen," Cheever said. 'I'd make a big pot of spaghetti and when I heard too much of, 'I want, I want,' from my kids, I threw them in the car and we drove around San Antonio. I said, 'I'm going to show people who have nothing and aren't complaining.'"

13 years later, The Chow Train has served more than 100,000 hot meals and provided disaster relief in Moore, Oklahoma and Joplin, Missouri as well as after Hurricane Isaac in La Place, Louisiana and in Brooklyn, New York after Hurricane Sandy.

But this year, Cheever decided it was time to take a step back and stop their weekly dinners.

"It's hard. This has been our lives for 13 years," Cheever said. "We're going to continue to assist in federal disaster relief and I would like to fall back, regroup and use my time and energy to be an advocate for the homeless and hungry both here in San Antonio at City Council but also the state legislature."

Three years ago, The Chow Train made national headlines after Cheever was cited and fined $2,000 for serving food at Maverick Park. The ticket was dismissed but the incident sparked an outcry for change. The city later adopted the charitable feeding ordinance.

Cheever said after their announcement on December 11 of this year's change, local non-profits offered to step in and take on The Chow Train's Tuesday dinners.

"When we passed out the cards to our guests, it was pretty emotional on both sides," Cheever said. "They're our family."

The Chow Train's last dinner service will be Christmas night at Maverick Park.