Our high temperatures are already at dangerous levels, but temperatures don't have to be anywhere close to that for someone to suffer a heat illness. 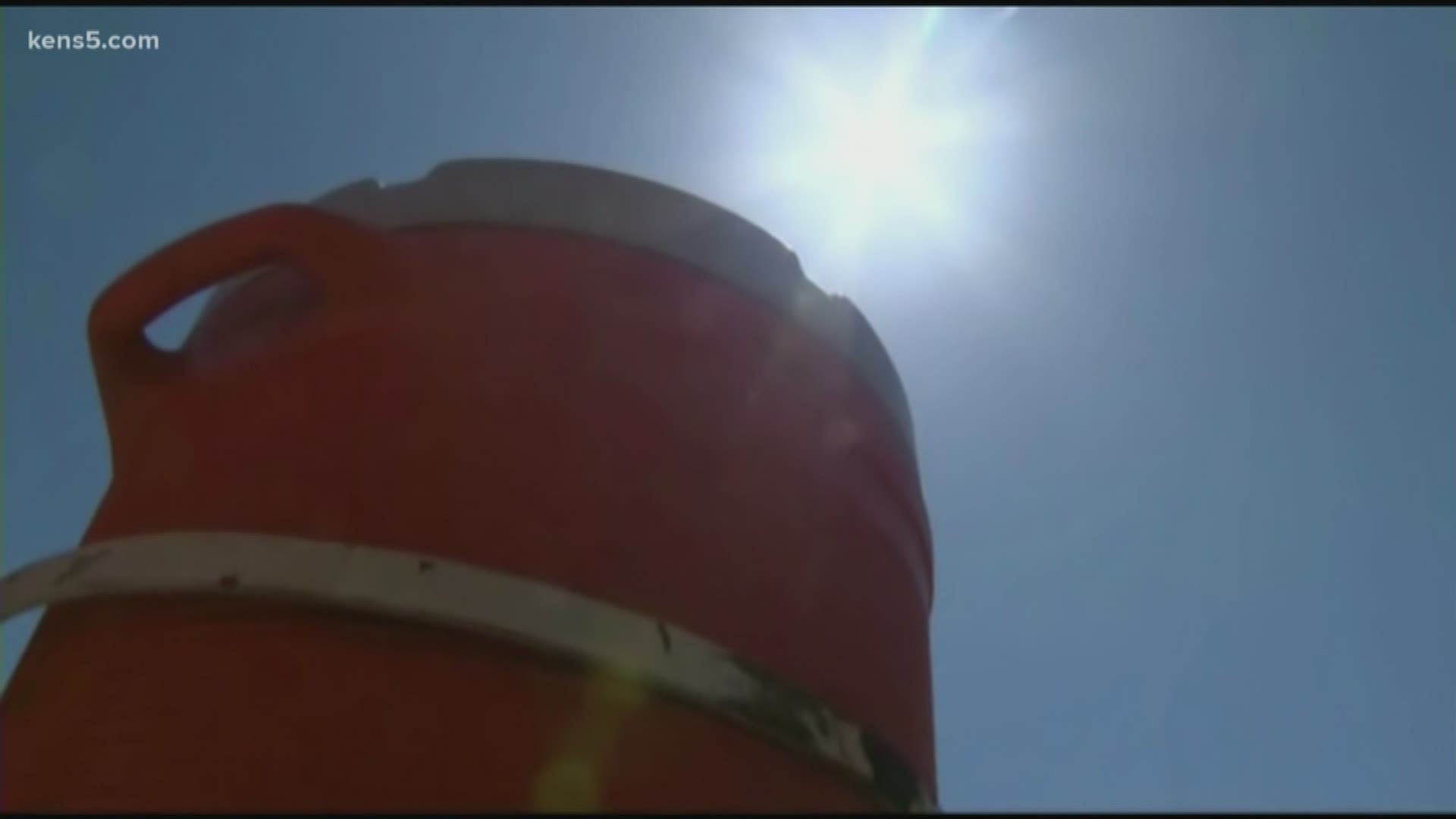 Here in South Texas a lot of people work and play outdoors. At the beginning of our hot string of summer months, that can be a problem.

"The exertional stuff we see a lot of times are with athletes. You start two-a-days in August and these people have been in air conditioning all summer long and they finally go out they put on a full set of pads and they go out into the heat and work out," said Dr. Steven Moore, an emergency department physician at UT Health San Antonio, within the University Health System.

Dr. Juan Garza, also an emergency department physician at UT Health San Antonio told us, "50 to 89 years old is where the majority of illnesses occur, but now some are coming up in sports. We are going to see a lot more men and younger males involved."

Both doctors say they have seen plenty of cases where heat illnesses could have been prevented.

Dr. Moore told us, "It's a good idea to check the weather to see how hot it's going to be or how high the humidity is going to be, and then make a decision from there."

Dr. Garza added, "Hydrating before it's a big one. I don't think a lot of people recognize that you should do that before you go out into 100-degree weather and participate in activities or work."

Some of the signs of heat stroke include cramping, dizziness, nauseous or vomiting, diarrhea, or they are just not acting right. "There is a neurological involvement, so they could be seizing, they could be comatose, usually flushed pale, they are usually not responsive or severely altered," Dr. Garza said.

The best advice is to use common sense, Dr. Moore stressed. "Don't go out and drink a whole bunch. Get plenty of sleep. Do hydrate before you work out, or work try to do most of the work in the cooler times of the day," he said.

Doctors say if you are with someone who you believe is having a heat stroke, to get as many of their clothes off as possible, and to put ice packs under their arms and on their groin to start the cooling process early. Also, make sure to call 911 right away.

For more men's health information call 210-358-3045. You can also find the rest of our Real Men Wear Gowns stories, just go to WearTheGown.com.