Father David Garcia is a big reason that the San Antonio Missions still stand in pristine beauty after 300 years. 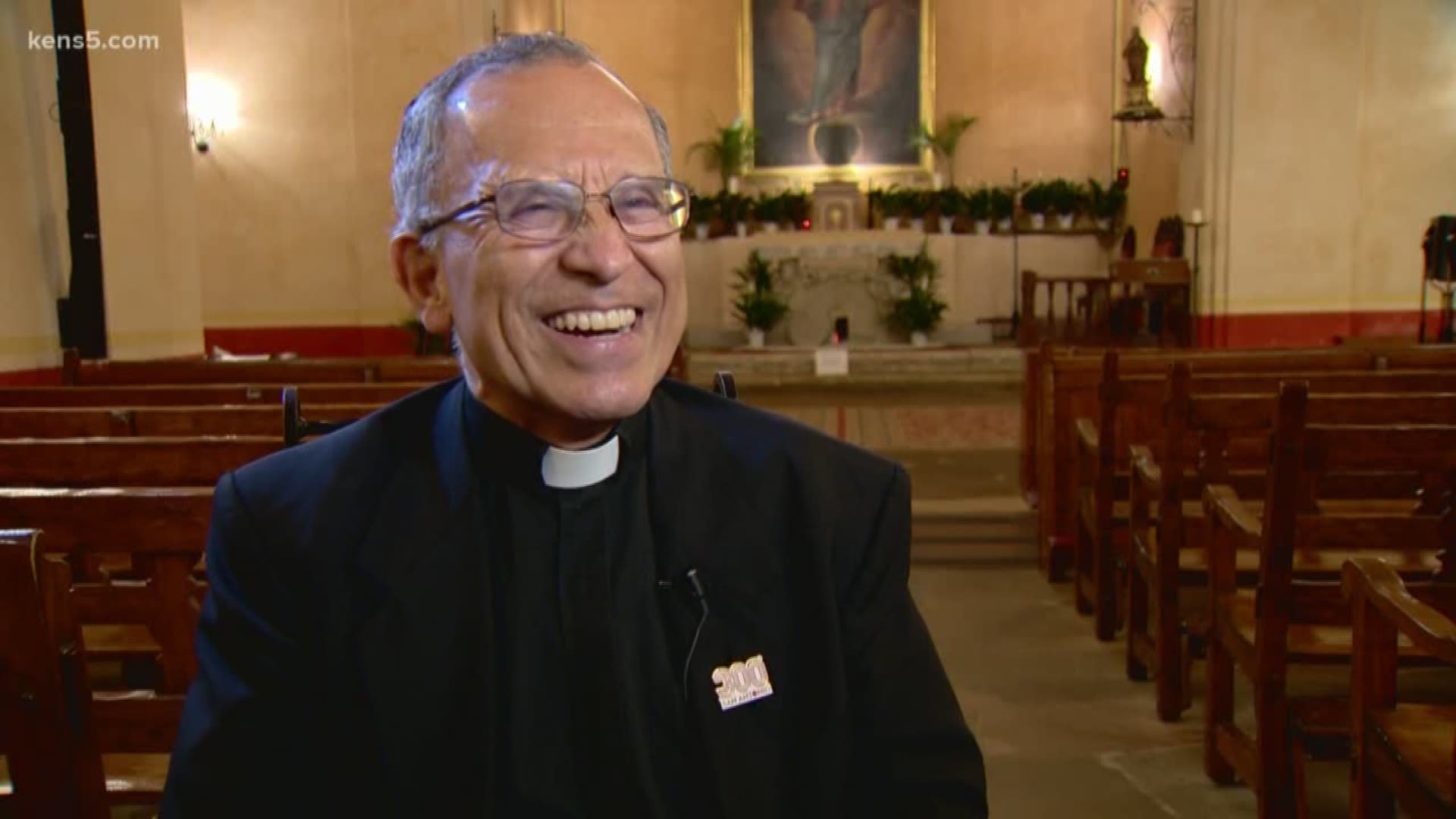 Hymns echo off ancient stucco walls in Mission Concepcion on a Sunday morning.

It's a sacred service, virtually the same ceremony celebrated here for the last 300 years. Franciscan friars built the church as a Spanish outpost in a new land, and today the Catholic clergyman and phenomenal fundraiser keeping their spirit alive is Father David Garcia.

"People in town see me coming and they usually run away, you know?” he says, laughing, “Because they know, ‘This guy's gonna get my wallet!’"

In 2003, Father Garcia led the $21 million campaign to preserve San Fernando Cathedral. The project succeeded to such an extent that the archdiocese added two supplementary buildings alongside the Cathedral, for religious education offices and a clinic. In 2008, the archbishop asked Garcia to spearhead a similar drive to restore and protect for the four San Antonio missions: Concepcion, San Jose, San Juan and Espada.

(The Alamo is also one of the original missions but is considered a separate facility, controlled by the state.)

When Garcia’s second major fundraising campaign began, no one predicted the U.S. was on the eve of a tremendous recession.

“It was a very difficult time,” Father Garcia recalled. “We started an almost $16 million campaign at the very beginning of the recession, and yet people came forward and gave. In record time, about a year and a half, we had raised the money."

The centuries-old architecture made the project unlike any other. Garcia soon realized that very few companies were qualified to do the work. And only one expert from Boston seemed up to the challenge.

“’This is one of the most spectacular colonial carvings in the U.S.’ he said. ‘There's nothing to match it, Father, and I've done this work all my life.’" Garcia recalled. "He said, ‘This is the project of a lifetime for me.’ And I said, ‘Okay, you're hired!’”

The second major restoration project succeeded, but each of the buildings still requires constant upkeep and repair. In 2015, the UN declared the San Antonio Missions a World Heritage Site.

“Members of the UN committee said they wanted to lift [these buildings] up with this World Heritage designation, because these mission churches are not just museum pieces, but actually living congregations,” he explained. “I've always called them the living missions."

“So I always say that I had this much to do,” said Garcia, pinching his fingers together. “Out of a project that was this big!” he adds, spreading both hands apart. “But I'm proud to say that I had something to do with something that's gonna be here for many years to come."

So is he the church’s restoration guy?

He's clearly an amateur architect, based on his knowledge of these old walls.

"That is the actual painting done by the Indians and the Franciscans,” he says, pointing to the restored stucco ceiling of Mission Concepcion.

He’s a proud native Texan, going back to before the area was even part of the United States.

"My family crossed the river in 1700, when it was all new Spain. We have never turned back. We have been Texans since then, or ‘Tejanos,’ depending on the year. This land was Spain, then Mexico, then the Republic of Texas, then the U.S., then the Confederate States, then the U.S. again, and they never left their home, and people would say ‘Well, did they cross the border?’ And the answer is no, the border kept crossing them!”

Father Garcia is also a full-time priest, leading Mass at Concepcion every Sunday.

“We try to take care of him, because we just realize what a treasure he is for us, here at Mission Concepcion, for all the missions, really, all of San Antonio,” Deacon Ray Jimenez said.

At a recent Sunday morning Mass, Father Garcia is gracious, gregarious, and sincere. He describes conducting Mass in a World Heritage site as a gift from God.

“The fact that they're a World Heritage site now, I think just speaks volumes to his work,” Deacon Jimenez said. “Getting to that point, as well as just the beauty and the treasure and the jewels that they are here in San Antonio."

And Garcia says that he wants everyone who enters the ancient space to feel some connection.

"I really want anyone walking in that door to say, ‘This is also mine.’ And if they feel that way, then I think we've done our duty because we've welcomed them the way any church should welcome, but in a very special way - into a story. And we say we want this story to also be your story, because now you're with us,” Father Garcia said. “And I think if we get that sense, there'll be no problem with the support necessary to keep these in good shape for centuries to come."

He’s a passionate priest committed to preserving the city’s past. That’s what makes Father Garcia one of the people who make San Antonio great.