Sure, it's just a spicy stew with peppers and meat, but in her hands, the state dish of Texas gets gourmet treatment. She's channeling history to re-invent chili. 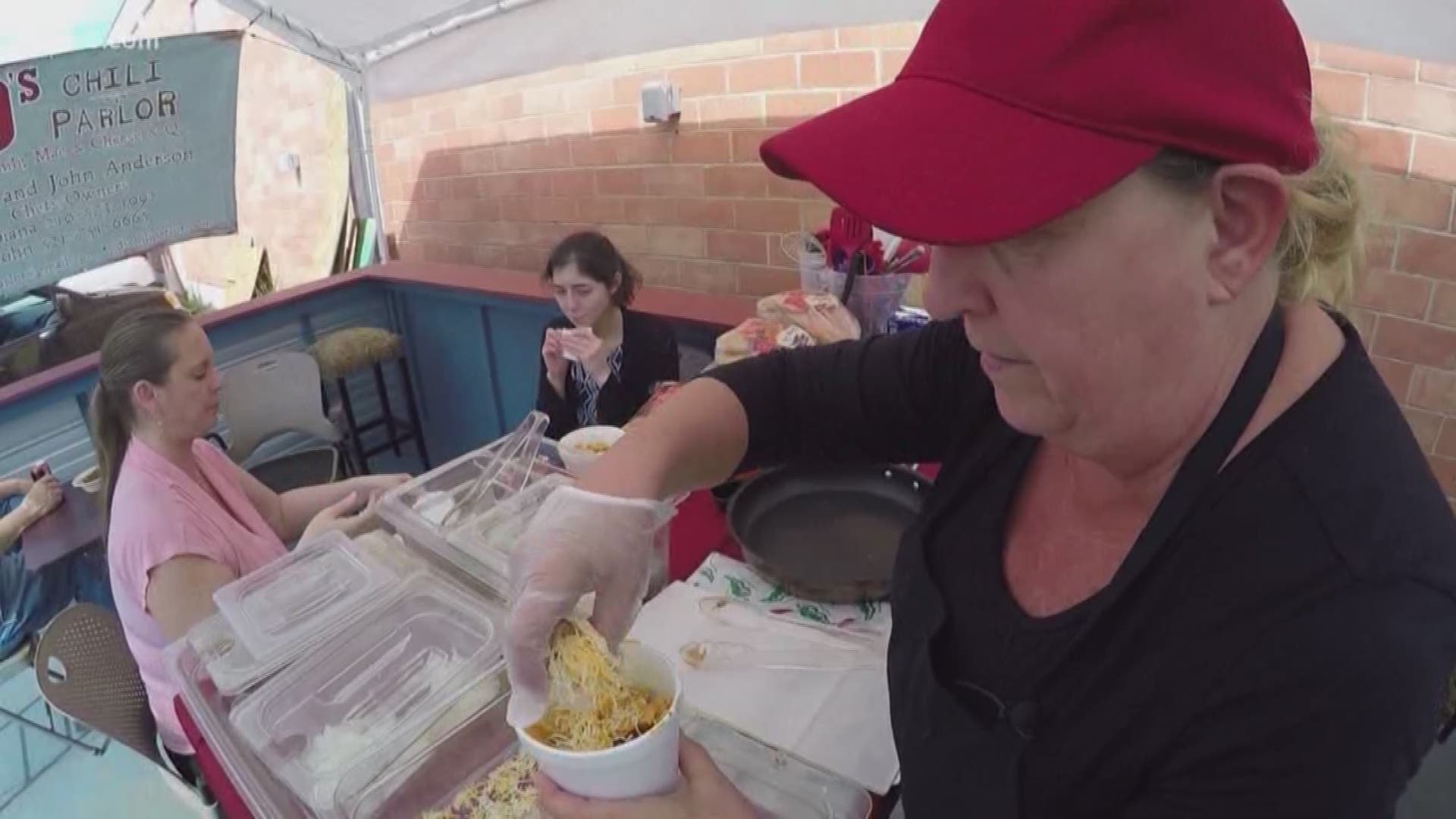 It starts with an enormous brisket, coated in a custom-spice rub and smoked, low and slow over Pecan. And this beef's already been soaked in a certain fermented flavor.

"We whisky brine it first,” says chili chef Diana Anderson. “48 hours of whisky brine will change a meat and make it unbelievable,” she laughs, with a loud, infectious cackle.

She uses top-shelf liquor, grain-fed beef and local produce to elevate the state food of Texas - to an art form.

"I wanted to go to the roots of what it takes to make a great chili,” she said, “and of course it's the chilis themselves. The peppers."

Anderson’s been crowned by fellow chefs the modern-day Chili Queen of San Antonio, with the title embroidered on her black smock. An Oklahoma native, she and her husband John fell in love over a pot of chili.

"He cooked a pot of chili for me when we first met,” she said. “And I really fell in love with him at that point, because it was so sweet.”

Soon, they were competing in amateur chili cook-offs, and winning. And then a relative suggested starting a chili business.

So they did. With John's background as an engineer, and Diana's as a designer, they launched JD's Chili Parlor at the Food Hub near downtown. That’s when she grew curious about the history of the dish.

"At a certain point, I understood that I needed to go way back into the history of chili to really understand it,” she said. She dug into old archives to research the recipes and role of the city's original Chili Queens, who sold the red beefy stew on San Antonio city plazas in the 19th century.

"It's the culture that grew up around the chili queens and the confluence of cultures that we have here in San Antonio that really created a dish that is identified with San Antonio in a very deep way," said Amy Fulkerson, Chief Curator at the Witte Museum. Her museum includes a detailed diorama depicting the Chili Queens serving meals more than a hundred years ago.

"I started researching the earliest chili that was made,” Anderson said. “I found out that San Antonio is the birthplace of chili and that the Chili Queens themselves really invented Tex-Mex, and I was just so inspired."

Inspired enough to open her own open-air chili stand, right outside her kitchen on Chestnut Street. She feeds a wide cross-section of the city here, just like the early chefs who inspired her brand.

"They served everyone, from the richest man in town to the lowest laborer who didn't have a lot of money," Fulkerson said. "Almost anyone could afford a bowl of chili."

By now, though, Anderson’s upgraded and expanded those old recipes with gourmet ingredients and incredible combinations, like Pecan-Smoked Whisky Chili, Grapefruit Vodka Chili, and - maybe the most exotic - the Angry Goat Chili...

“It's a mesquite-smoked, fig lime tequila goat chili. We smoke the goat meat for 14 hours!” Local, sustainable, organic ingredients are a priority, but she's eager to innovate, to a degree.

"I'd say our recipes are a little more creative,” she says, “I break a lotta rules..I always have.”

Does she include beans? “No beans,” she cackles. “I don't break THAT rule! I wanna still be alive!”

The next goal for the tiny chili start-up? An actual open-air chili restaurant, coming next year. She said San Antonio will love it.

"I think San Antonio is the most exciting food city right now in America!”

She's elevated the city's hallmark menu item to a gourmet brand, suitable for serving anywhere. That's why she's another one of the people who make San Antonio great!