Mitch Hagney is an agricultural advocate out to improve the food we eat, keeping it healthier and home-grown. 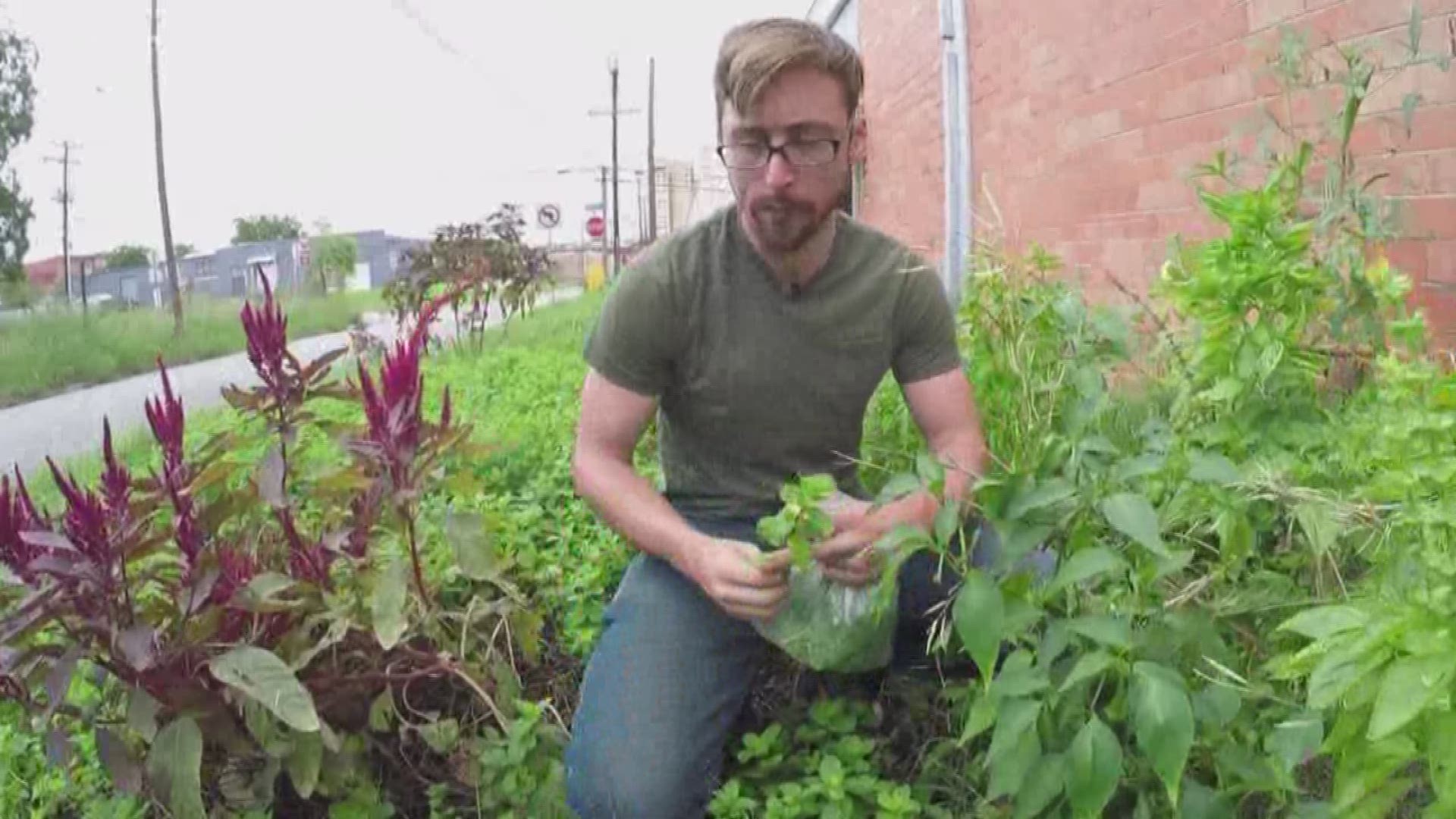 Call him an urban farmer without a field.

Mitch Hagney experiments in the soil near a city sidewalk, growing delicious but tiny crops. He strolls through a sliver of dirt sprouting leafy greens that look more like random weeds. He’s growing okra, jalapenos, tomatoes, lettuce, and mint, all edible right now, off the vine.

Hagney is a 27-year-old agricultural entrepreneur behind The Food Hub on Chestnut Street, just east of downtown. It’s an urban co-op for micro-businesses that specialize in locally-sourced, gourmet foods. He calls it the first of its kind in the US.

“The food hub happened as a gradual process, working in the food industry and realizing the need to help businesses that are doing some local procurement and gourmet food manufacturing,” he said.

An example of the gourmet food Hagney is talking about is private label coffee being roasted at Pulp Coffee to create exotic custom blends, some of which mix coffee with liquour.

"It's like breakfast in a cup,” said Pulp Coffee founder James Mireles.

Pulp Coffee is one of a dozen tiny business that likely couldn't survive on its own, but it can thrive at a place like The Food Hub, which is located inside a spacious industrial warehouse that also houses a commissary, commercial kitchen, commercial dishwasher, and walk-in freezers.

The central idea is to provide common resources that niche food vendors need but can’t afford alone. Each of the tenant companies pays rent, which supports The Food Hub’s business model.

Hagney's a New Hampshire native who graduated from Trinity in 2013 and decided to stay in the Alamo City.

"San Antonio is ripe for new initiatives because costs are low but the culture is high," Hagney noted.

His Food Hub is more than a business, it's a calling for Hagney, to create a healthier, more sustainable food supply, one not threatened by soil erosion, crop disease, or drought.

"If we diversify and make regional agriculture more effective, then those types of risks go away and our whole food system becomes a lot more resilient," he explained.

The most resilient crop at The Food Hub could be Hagney’s first business idea, Local Sprout, a hydroponics farm growing kale and arugula under red and blue LED lights inside a 40-foot shipping container.

His kale is delicious and tender, unlike more common mass-produced gale grown at outdoor, industrial-scale farms.

His kale customers include The Pearl and Cured.

Homeowners can now have up to eight birds in their family flock.

“These eggs are significantly healthier than the eggs in the grocery store,” said Samantha Foster, who, along with her husband Johnson, have eight exotic chickens and an elaborate coop with automatic doors in their backyard. “I wish some of the other cities in Texas would get on board because we would create so much more good, healthy food and eliminate so much waste.”

He's an agricultural advocate out to improve the food we eat, keeping it healthier and home-grown. That's why Mitch Hagney is another one of the people who makes San Antonio great.