Marquail Strait has supporters and haters. His message to both: "One day I'm gonna be somebody." 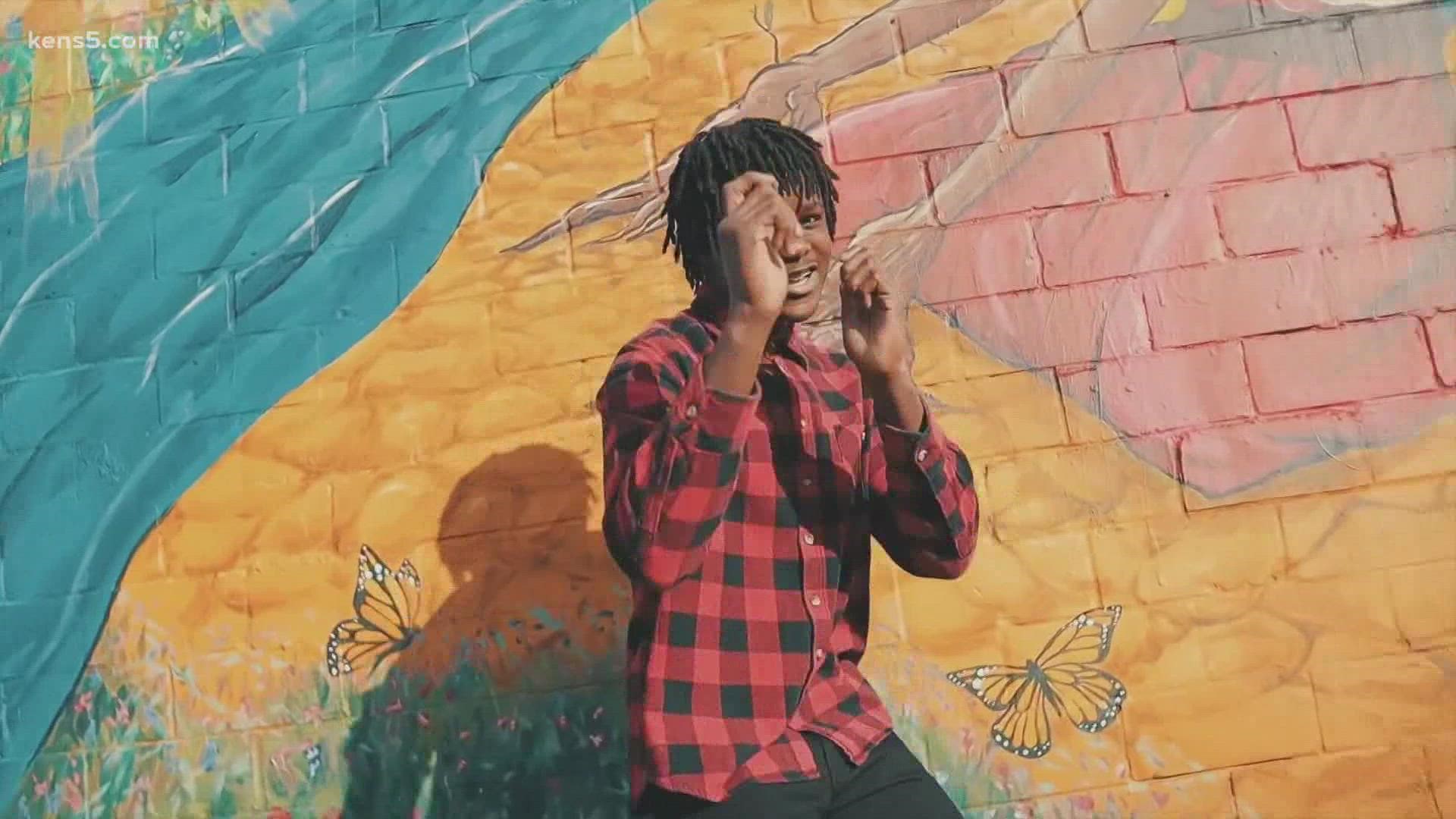 SAN ANTONIO — Marquail Strait has to be competitive to make his dreams become a reality. He plays basketball, runs cross country and track.

"There's so many things I choose from like being in the NBA," he said. "Probably being a track star."

His track of preference comes with beats and rhymes. The 15-year-old is an aspiring rapper.

"My style is Hip Hop and R&B," Marquail said.

The Young Men's Leadership Academy student said he started writing and journaling his words in the fifth grade. Inspired by the late pop icon Michael Jackson and rapper Kanye West, Marquail got serious about his rap game two years ago.

According to the east-side teen, he started recording his songs on his cell phone.

He and his wife decided to invest in their son's talent by buying him a home studio set-up. They feel his talent is God-given since neither are musically inclined.

"I can make a joyful noise unto the Lord," Strait.

The father of four is an associate church pastor, which he believes, foundationally, shapes his son's music.

"He may be talking about what's going on in the streets, but he flips it into a positive way," Strait said.

Dad is dad, if you ask Marquail. He doesn't feel the pressure to fit into the box of being a preacher's kid.

"I don't see him as you know, just a preacher," Marquail said.

The rapping teen is a bit shy in person. His expression comes through sports and music.

"I'm not good at conversations," Marquail said. "And I just felt like on my music; it will be easier for me to explain what I want to get across."

He has a lot to say because Marquail has released 12 singles and three music videos since last December.

"He actually has some content and substance in his music," Strait said. "He talks about a lot of like teen violence, teen alcoholism, even domestic violence within teenagers."

Marquail is working on his first album, "World Full of Distractions." The title is ironic in that the teen athlete turned rapped admittedly gets distracted easily.

"In the album, I talk about haters; that's a distraction," he said. "Another distraction would be girls."

Those distractions also include people he knows who indulge in marijuana and gang activity. The teen said he's firm about not partaking in either to make his parents proud.

His folks are cheering him on.

"Stay focused, put God first in everything that you do," Strait said. "And everything else will be added unto you always pray. And believe in yourself."

Strait is watching his son, who has less than 150 YouTube subscribers, get traction on his music. His video for the song "Hot" is moving toward 80,000 views.

But not everyone thinks the kid clean-cut kid who plays drums at his church should tap into the rap game. Marquail is learning the comment section can be a tough audience.

The words have become like conditioning exercises in sports. The resistance – building the muscle for success.

"One day, I'm gonna be somebody," Marquail said. "I'm gonna be a big role model for a lot of people one day."

His album is coming out by late August.