Jackson Mohr was three months shy of making his 14th birthday. His unexpected death left his family and a community of youngsters reeling. 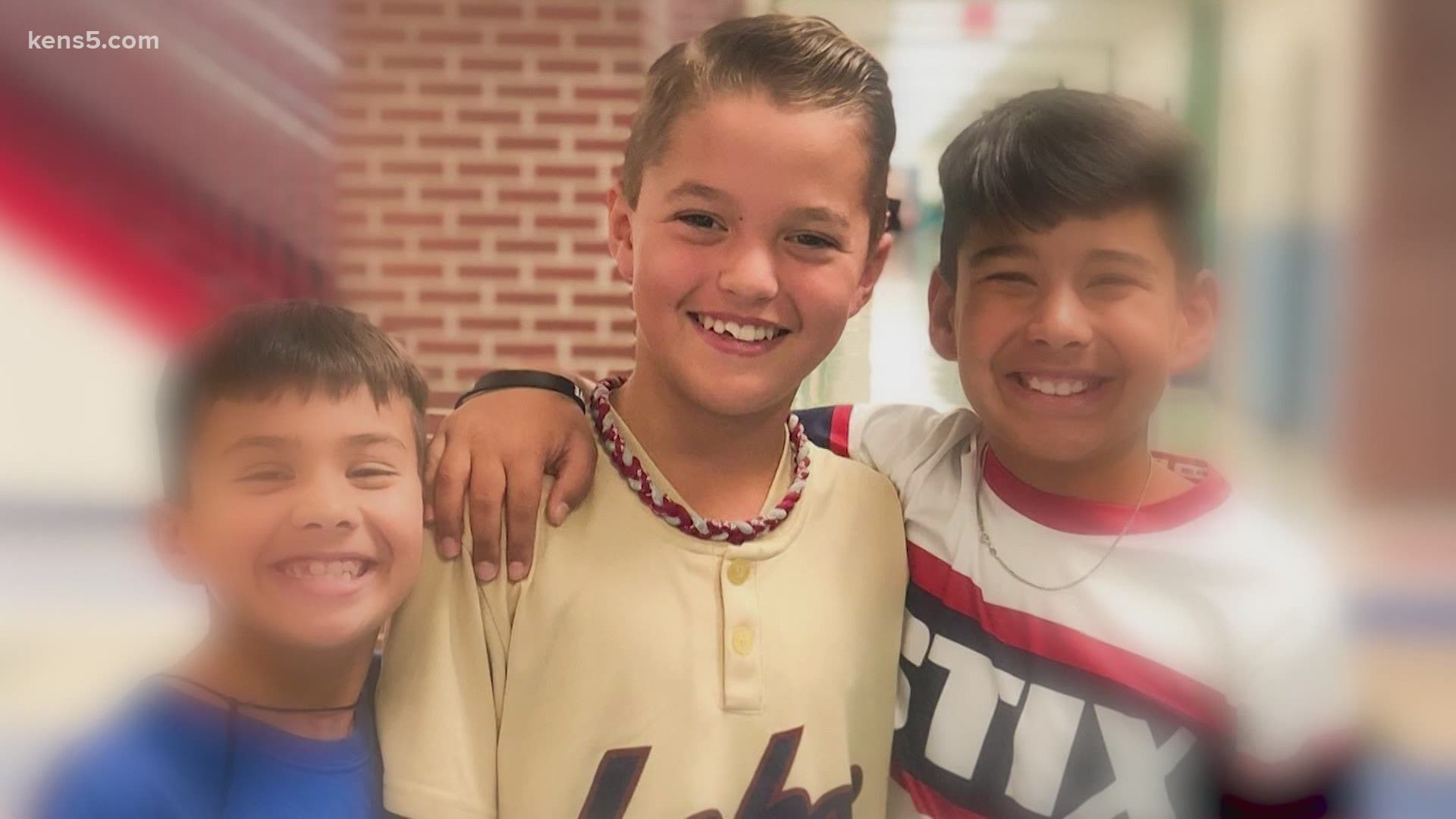 SAN ANTONIO — Jackson Grimes is cherishing memories and a baseball hat belonging to his best friend, Jackson Mohr. The two were so close they came packaged with brotherhood and nicknames.

"We were called 'Quick and Flash' and 'Lackson and Rackson' all over the place because we were both just almost identical," Grimes said.

Mohr, a TMI Episcopal student, died three days after being found unresponsive in April. During an unknown period, he was reportedly oxygen-deprived. His family has not confirmed his cause of death. Nor did they feel emotionally fortified to do an interview.

Mohr's friends agreed to speak so that father Tim, mother Erica, and sister Bianca could grieve.

13-year-old Grimes is hurt and bewildered by his friend's death.

"Because you never think someone that young would go so quick," he said. "And (you) – realize how much you just know people and love people."

The two Jacksons were friends and teammates for as long as Grimes could remember.

"He was so selfless, and it wasn't about him," Grimes said. "It was more about us. He put us before him."

"He's not just a friend, but he's an overall great guy," Clark said. "That's what we need more of in our community."

"He was just such like a perfect kid," Fletcher said.

According to Martinez, the two Jacksons reminded him of his bond with Fletcher. So, they connected. Martinez said Mohr projected a positive attitude no matter what.

"He would mention everything he wanted to say that day – as if there no tomorrow," Martinez said. "And I think many people don't live like that. And they need to."

There is one connection to Mohr, who respectfully took a more public aim to his death.

"The wheels started turning, and the lights were going off," Erin Rodriguez said. "And he said, I know – there should be a Jackson Mohr Day."

His mother, a KENS 5 producer, started brainstorming with her son.

"What if you did 22 things to make the world a 'Mohr' better place?" she thought.

Before she knew it, Ricky created a 'Jackson Mohr Day' campaign after they got an okay from Mohr's family.

"It's to make Bianca feel better,' he said.

"And not one of them is from the mayor," Ricky said.

He did get a letter from the mayor's Constituent Services, which does not make retroactive proclamations. The office suggested planting a tree or reaching out to City Council  District 8 for additional ideas to pay homage.

TMI Episcopal is in District 8. Mohr lives outside of San Antonio, which may lend Jackson Mohr Day to another municipality.

The office also suggested honoring Jackson as a part of National Organ Donor Day in February 2022. The teen was an organ donor.

According to Ricky, if there can be a National Teal (Yes, the color) Day, why can't Jackson Mohr have a special day?

Meantime, Mohr's friends continue to cope with the loss.

"We don't see it as in God taking him away. We see him as the purpose he left behind," Martinez said.

Fletcher said their faith leads to trust in the Almighty's plan. At the same time, Clark is trying to process an unexpected death – so young and so close.

For the students, Mohr had a purpose and a presence they all mourn and miss. 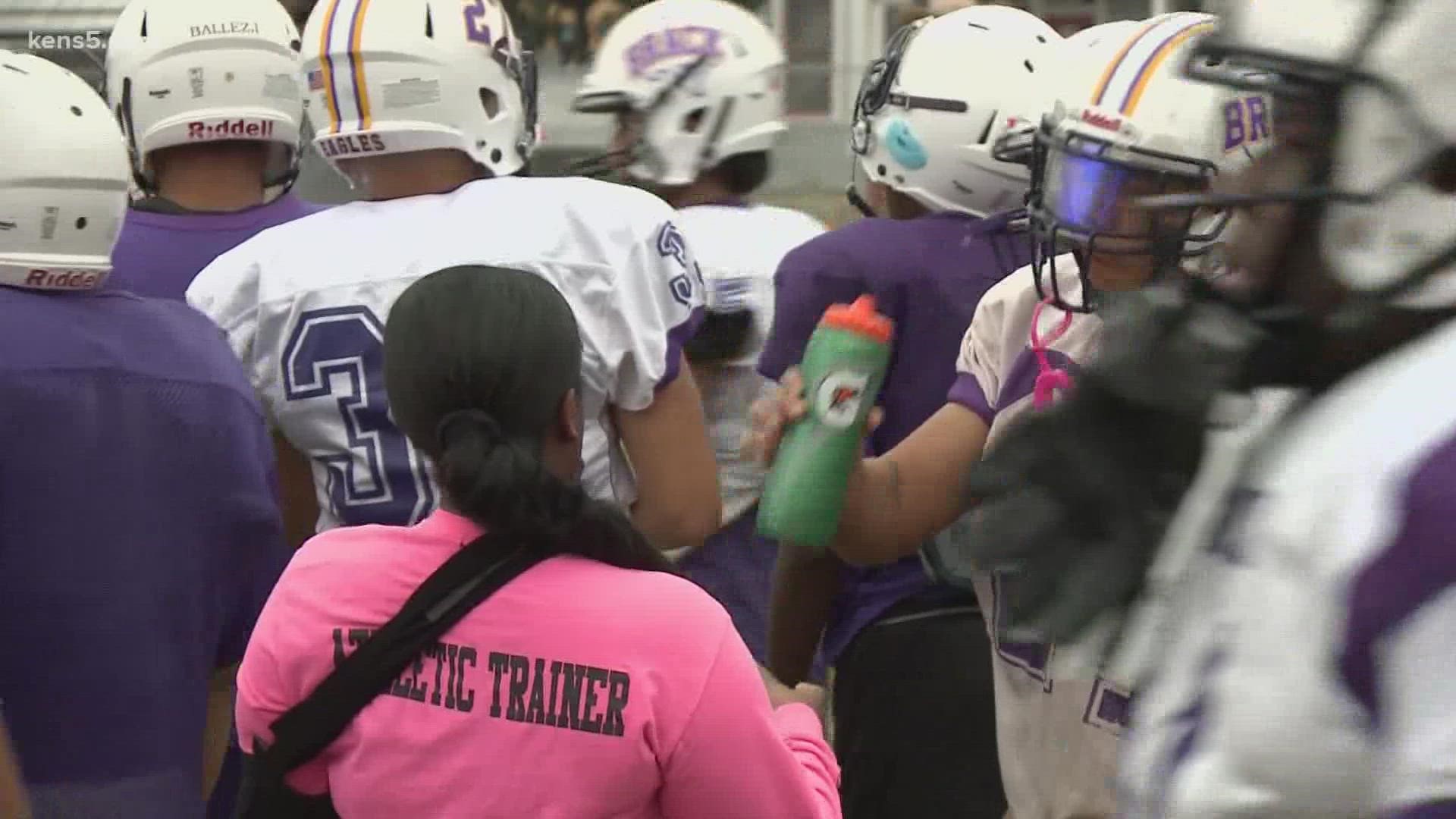