Winning is in Andres 'Andy' Garza IV's build. But every winner has one loss they can't get over. His loss is very personal. 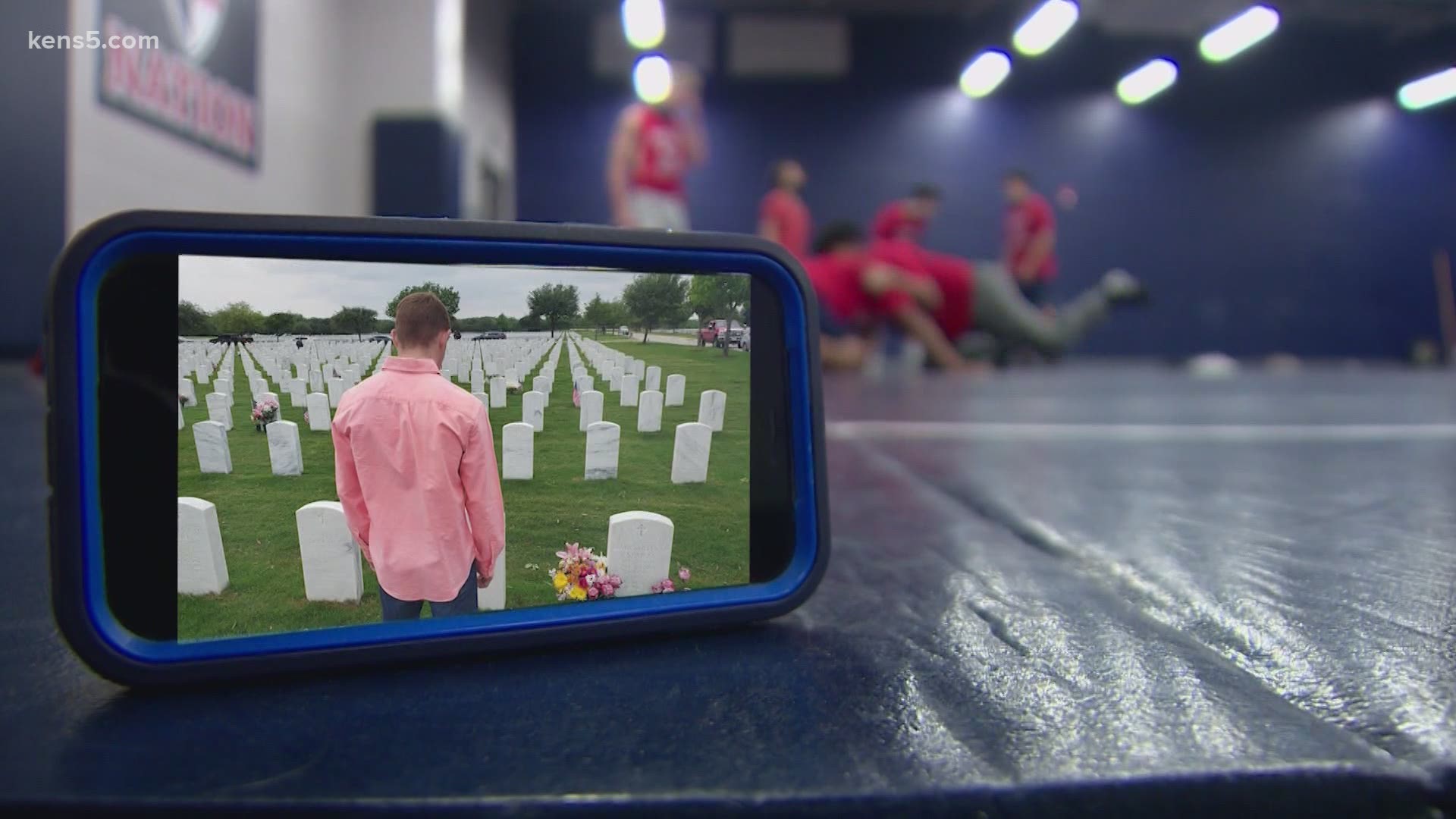 UNIVERSAL CITY, Texas — It's an easy assumption that Andres 'Andy' Garza IV is a product of his environment. His father, Andres Garza III, is a former MMA fighter who took his only son to work with him.

"The interest came from watching my father," Andy said. "And I knew it was something I wanted to do."

The 18-year-old Veterans Memorial High School wrestler started training in martial arts at four. His father and others noticed Andy showed an aptitude for martial arts.

"When he was six years old, he competed in a karate kick-a-thon where he did 7,700 roundhouse kicks in an hour and forty-five minutes," Garza said.

Taekwondo, American karate, kickboxing, Muy Thai, and Jujitsu were all the roadways to wrestling. Each came with titles and accomplishments.

Yet seared in Andy's mind and heart was the Olympic wrestling match he saw on television as a kid. That became his goal at all costs.

"It's a sport for ruffians," he said. "You're in charge of winning or losing. You're not relying on other teammates to help in the end."

Texas, however, is not the mecca of wrestling. So, he struggled to find a program but did not give up.

Andy discovered his high school wrestling home at the new Veterans Memorial High School. He became a member of the wrestling Patriots.

He went 21-7 his freshman year. His sophomore year came with a district championship and a spot as a regional semifinalist. Andy's junior year became one of his best at 33-7. Twenty-nine victories were by pinning down his opponent. He became a district champion again, regional finalist, and state qualifier.

"Intense. I like to think of myself as an intense person who will stop at nothing to achieve their goals," he said.

The 68-year-old was cancer-free for two years following a four-year fight.

"I had to overcome my grandfather not being there in the stands watching me anymore," he said. "He had been to every one of my competitions since I was four years old."

Garza said his father died on December 26, 2019, from what they now believe were lung issues related to COVID-19.

The trials were only beginning. Andy's mother, Irene, was diagnosed with ovarian cancer. Her mother's pancreatic cancer diagnosis would follow. The teen became petrified death come would claim them too.

"Sometimes, you just step up and take the reins," Garza said.

According to his father, Andy helped as a caregiver for his mother and grandmother, especially when his dad took business trips.

The teen also threw himself deeper into wrestling to cope with the stress and his emotions.

"He trains like no other person I've ever seen," Garza said.

The training paid off. Andy received 35 scholarship offers.  It became a goal for Andy to fulfill his grandfather's prediction he'd wrestle on the collegiate level.

"That was a big part of my motivation to accomplish that goal – him telling me that I could do it," he said. "I did everything I could to achieve that goal. Whatever it took."

Andy heads to New Mexico Highlands University after graduation. The college acceptance makes him the first athlete to receive a full-ride wrestling scholarship in his school's history.

"It feels good knowing that I am starting a legacy for future wrestlers to live up to and accomplish," he said.

He can also leave home knowing his mother's cancer is in remission, and his grandmother is exceeding medical expectations.