Leslie Julieta Butunda brought her parents to tears as the queen in Swan Lake. Her rise to the stage was not easy. 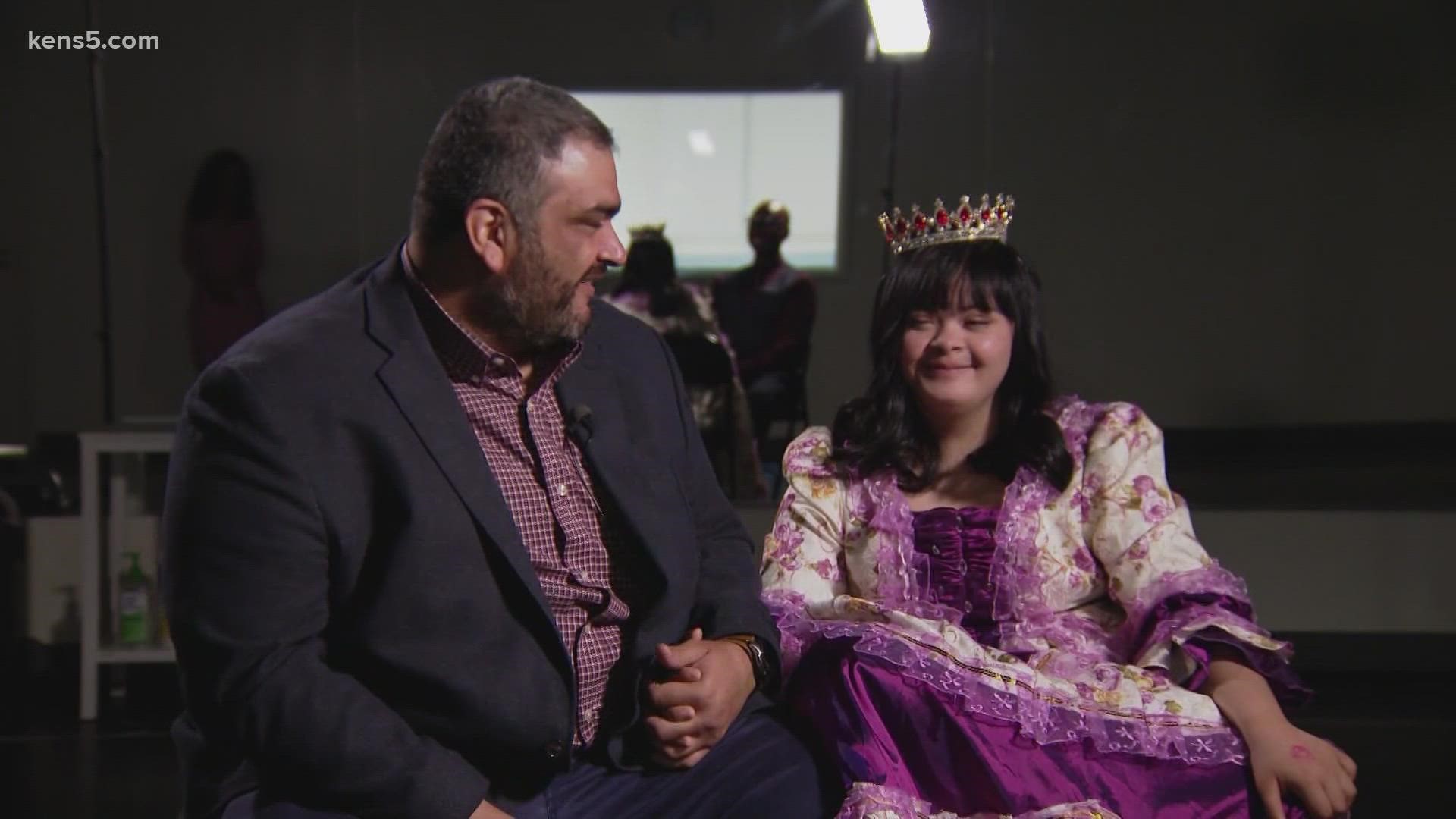 SAN ANTONIO — Watching his youngest daughter perform on stage is a dream come true for Felipe Butunda. She was born with Down Syndrome, which made her road to the stage bumpy.

"When she was born, they told us she was going to have a lot of problems coordinating," Butunda said. "They told us that mentally, she was probably not going to develop past 8-years-old."

Leslie Julieta Butunda kept fighting and exceeding expectations. Her father, who calls her Julieta, said his daughter's life got filled with every therapy imaginable.

Down Syndrome never quenched her desire to dance like her mother Jennifer, sister Lia, or brother Nelson.

According to her father, she has been dancing around their house since she could. But getting his special needs daughter into a dance school in San Antonio became a challenge.

Butunda said those moments weighed on him because Julieta knew a door got slammed in her face. Meantime, her older sister Lia continued to dance as her baby sister longed for the opportunity.

"There was a time when we would kind of have to drop off my oldest daughter to dance and kind of take the backroad so she [Julietta] would not realize that we were taking her [Lia] to dance."

The husband and father of three wondered where inclusion might live for his 14-year-old daughter. He then found the Children's Ballet of San Antonio (CBSA).

"I always had wanted to work with artists with special needs because I feel that they don't get it much opportunity," Vanessa Bessler said.

Bessler, artistic director and founder of the CBSA, said they started with six special needs artists. Since that time, the productions add more special performers to their shows.

"When we started, it just brought tears to my eyes every rehearsal when I saw these kids that we were testing," she said. "Seeing what they could do."

Bessler made sure to offer the artists parts to fit their personalities. She also made certain there was not a special needs-only production.

"You have to accommodate it to what they can do, and how they can do it, and be creative on how to use the gift," she said.

Auditions have even been held at Morgan's Wonderland to cast for her productions. Bessler finds parents are still leery that their children will take the stage.

"We will find where they will shine on a stage," she said.

Bessler turned a girl in a wheelchair into a butterfly. She's even worked with amputees. The former principal knows how dancing can transform lives and add confidence.

The Butundas were waiting on the moment Bessler would call them to end their daughter's time under her tutelage. She didn't. Julieta got cast as the queen in Swan Lake.

Costumed and ready to perform, her father realized he had not allowed himself to take in the process.

"And then all of a sudden, it was like everything stops," Butunda said. "And Julieta walks out on the stage, and she's wearing that dress."

As their daughter carried out her performance, her parents shed tears of joy. For the first time, all of their children could perform.

"They were being included, and she was just a little dancer.," he said. "She was the queen."

Much to her dad's chagrin, Julieta is getting ready for high school and cute boys. She's still dancing and racking up performances.

Bessler welcomes all special needs performers and other dancers, actors, gymnasts ages 3-19 to audition for the Children's Nutcracker on August 28.