Inspired by their older brother, Celia and Marina Avalos gloved up and have not stopped. 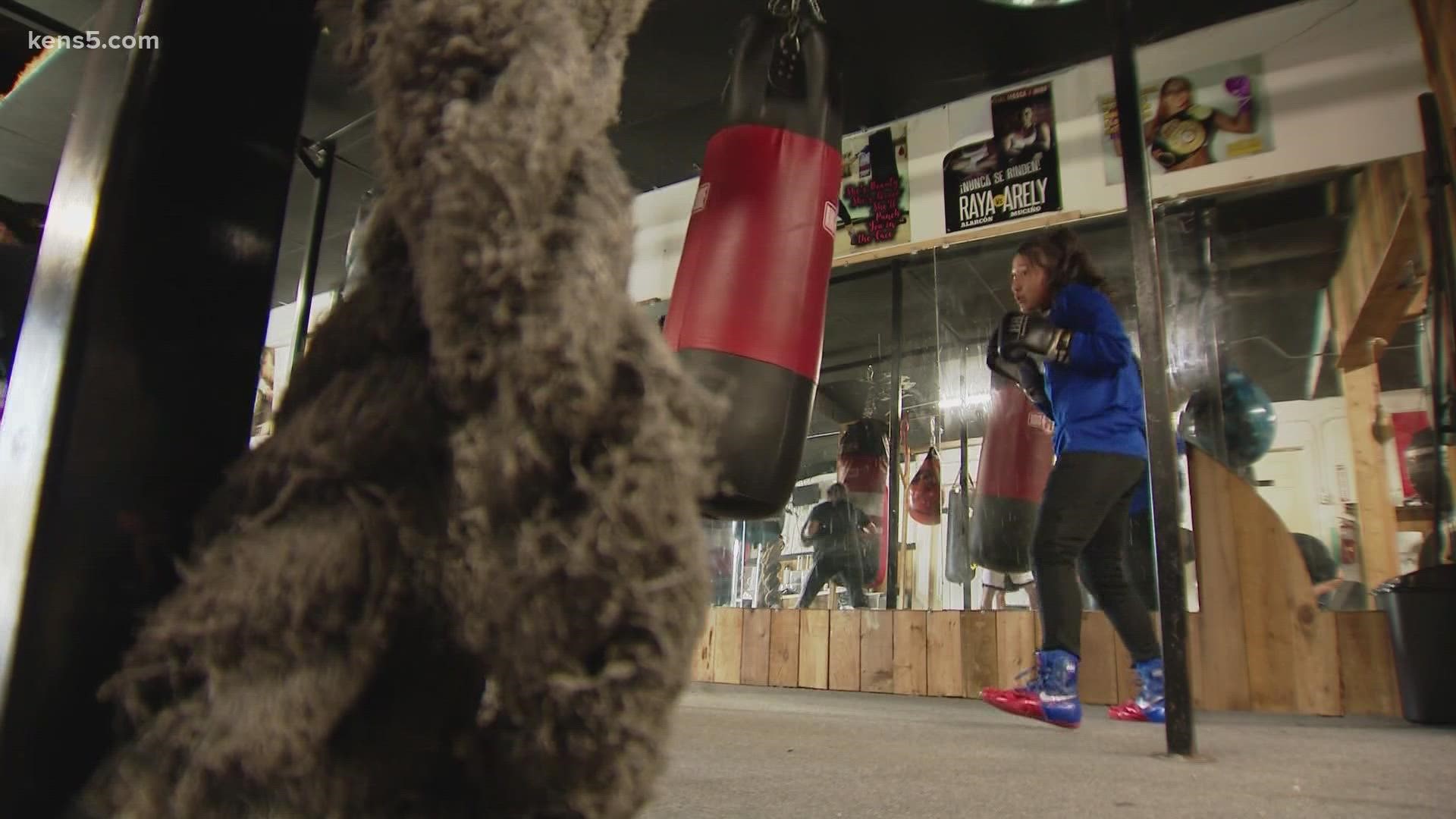 SAN ANTONIO — Celia and Marina Avalos started boxing three years ago. But, ringside watching their older brother was not enough; the sisters wanted a piece of the action.

"I was actually in cheer, but I quit cheer just to be in boxing," Celia said.

The girls quickly found out how grueling the commitment to boxing can be. Coach Morris "Honey" Debrow helped them get their gloves sweaty and ready.

It was up to the Avalos to take hold of a champion mindset.

"I think I've really grown, and I love the sport even more now," Marina said.

The 11-year-old is quick to tout her record in the ring, which tops sister Celia. The 17 matches under her belt don't make her eyes gleam as much as the goal to box for the U.S. Olympic team. A dream shared by both sisters.

"I want to become team USA, and I want to represent Texas,"  Marina said.

The girls are currently training at Cardona Boxing Gym with Daniel Perez. He doesn't see a reason why their hard work won't pay off. Perez even nicknamed Marina "Firework" for her quickness. Celia carries the ring name "The Rebellious," gifted to her by her brother.

"These girls work hard. They dedicate themselves," Perez said. "They're here every day, and all we're doing is getting better."

Gym brother and fellow boxer Hector Buentello believe Marina and her 14-year-old sibling are on the rise.

"I see two little girls being the next big thing," Buentello said.

Watching the girls ringside makes him as anxious as their mother, Angelia. He said the girls are getting solid shots at becoming elite boxers.

"They're competing against the best in the nation," he said.

The road to glory comes with familiar foes in and outside the ring. Gender and support for women in boxing is a constant and tiring battle.

The Avalos girls aren't the first to take on acceptance in a male-dominated sport.

"Just because I'm a boxer doesn't mean that that should be surprising," Marina said.

The walls where they train have pictures of boxing greats like Muhammad Ali and others. The image on the building is a man. It's not a deterrent.

"A girl can do whatever a boy can," Celia said.

Some may see the girls' height as a challenge too. They both stand under five feet tall. But, it hasn't stopped them from winning.

"For them to break the boundaries and compete and even have titles -- that speaks a lot," Buentello said.

Height doesn't stop boxers from losing either. That comes with the sport.

"Yes, it hurts, but it's a learning experience," Celia said. "And I just go back to the drawing board, and I come back even stronger."

The two realize how important it is to have each other on their quest for Olympic Gold -- challenges, cheap shots, and all.

"She motivates me, and I motivate her," Celia said. "And we just push each other."