One moment in 'Times': Faces of children with Down syndrome represent South TX in NYC | Kids Who Make SA Great

Six kids with Down syndrome from the San Antonio area will appear on the jumbotron in New York's Times Square Saturday. 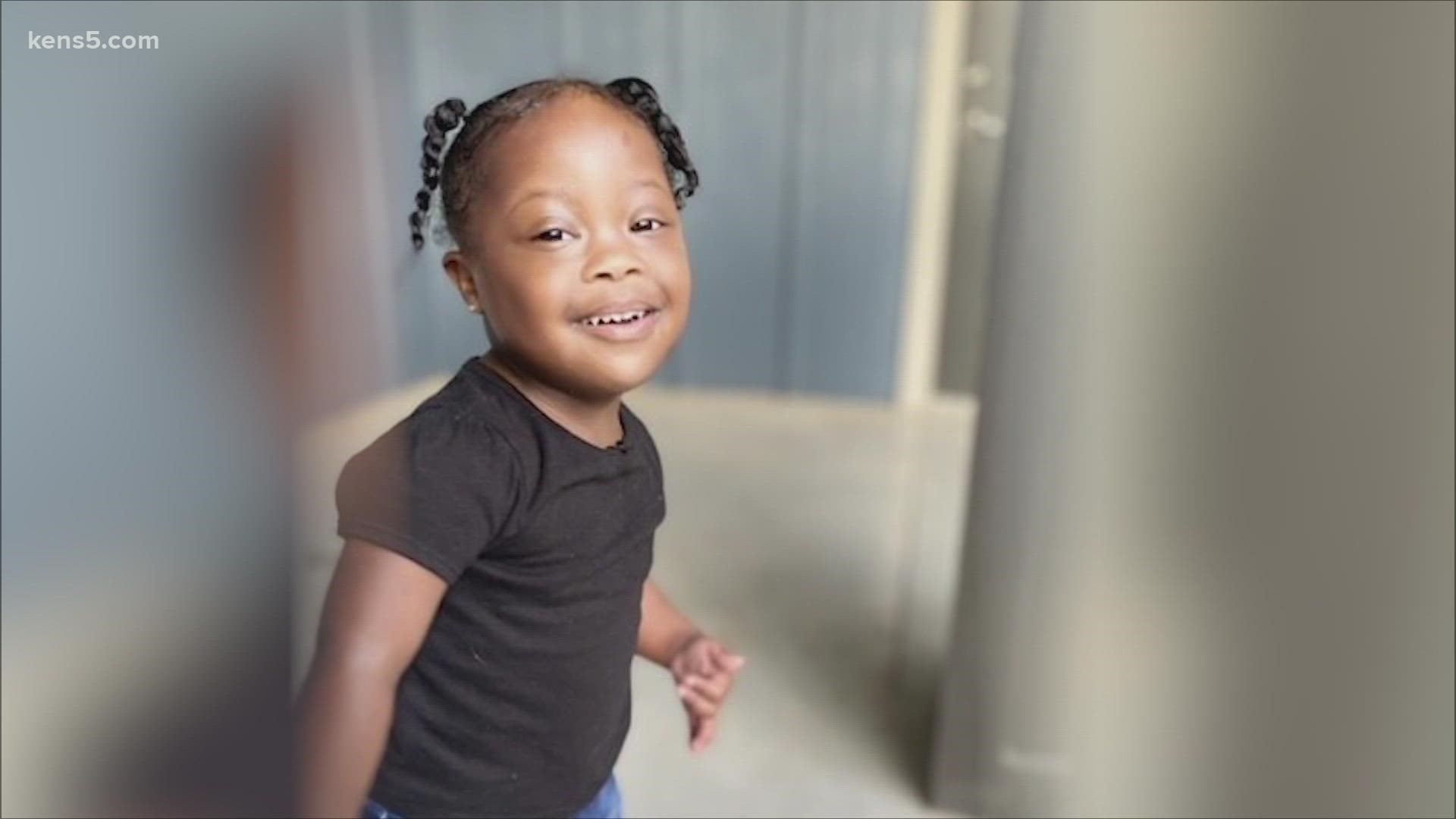 SAN ANTONIO — Nolah McBride is a picture person. If the camera clicks, there Nolah is posing.

"You never know what you're going to get with her," Quinisha McBride said. "Her personality is just so huge."

The toddler celebrated her third birthday on September 11. Her mother recalls the pregnancy that would change her life forever.

"I found out during my pregnancy that she had Trisomy 21," McBride said.

Trisomy 21 or Down syndrome is a genetic disorder that causes delays developmentally and intellectually. It wasn't Nolah's only health challenge. She was also born prematurely.

"She came five weeks early. Had to spend a month in the hospital," McBride said.

The baby had to undergo surgery early on for holes in her heart. After surviving that and acing the therapies that come with Down syndrome, Nolah's life in pictures is worth a smile.

"Nolah gets a lot of attention with her pictures," McBride said.

The young girl's pictures have also come under-appreciation for the Down Syndrome Association of South Texas.

"They're the superstars," Brian Lopez Said.

Lopez is the executive director for the non-profit where Nolah became a model for their annual calendar fundraiser featuring children in the San Antonio area with Down syndrome.

"Down syndrome affects all races, all genders, all socioeconomic status," Lopez said.

Nolah faces heads back to the jumbotron in New York City's Times Square on September 18 for the National Down Syndrome Society. As a part of their National Buddy Walk, they prepare a video presentation with faces to bring awareness to Down syndrome.

"The video demonstrates the beauty of diversity and celebrates the way our loved ones with Down syndrome enrich our families and our society," Kandi Pickard said.

Pickard, the CEO of NDSS, said they have representatives from all 50 states.

Nolah isn't the only face from the San Antonio area. Audrey Diaz, who is eight years old, will get featured. Two Cibolo children, Meagan Weiland and Andrew Puntel will get seen during the presentation. Weiland is 13 years old. Puntel is three. Sadie and Harlow Martinez of Helotes are in the video too. Harlow is getting recognized posthumously.

"It's so exciting for some individuals, and we get to celebrate with them," Lopez said.

They plan on sharing the video on the association's social media pages on Saturday. It gives them much-needed momentum heading into the local walk happening in October, their biggest fundraiser.

Nolah and her mother will not make the trip to the Big Apple. They remain advocates for children and families navigating Down syndrome.

"You think there's going to be all these differences because your child is born with a disability," McBride said. "They play like other kids, you know. They get into stuff like other kids."