Kodi and Michael Molina have won more combined titles than their father has years on Earth. But fighting their way to the top did not happen overnight. 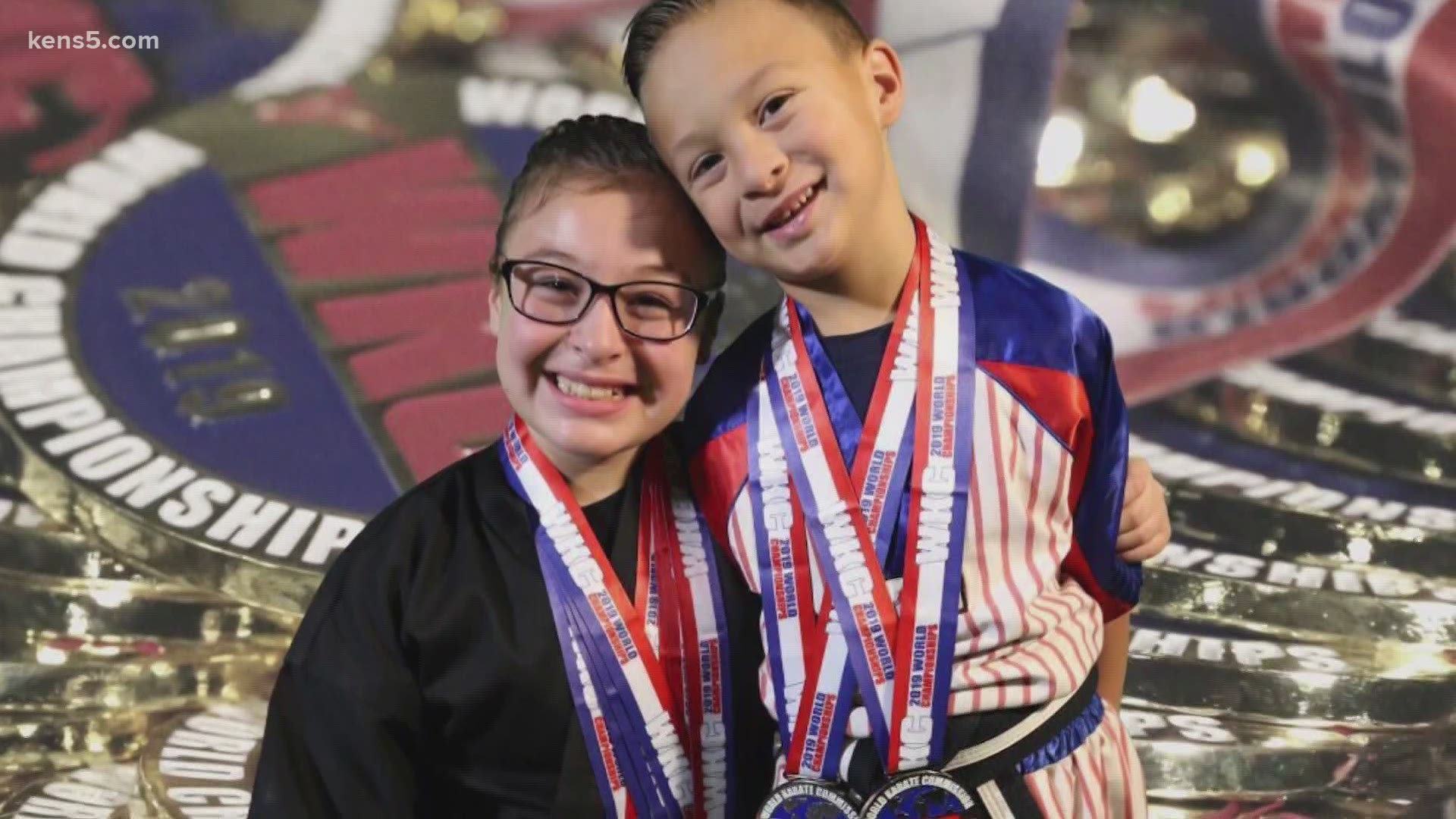 The story of a championship household starts with Kodi as a 4-year-old trying out cheerleading. Priscilla thought her daughter would enjoy cheerleading as much she had.

Andy said his daughter did not love cheerleading. He recommended martial arts as a confidence builder and for self-protection.

Eight years later, the 12-year-old excelled in the sport in ways her parents never dreamed. She's trained in at least five disciplines, including Korean, Japanese, CMEX, and extreme. But that's only the beginning for the Comal Independent School District student.

"I do karate along with two other sports," Kodi said. "Cheerleading and lacrosse." 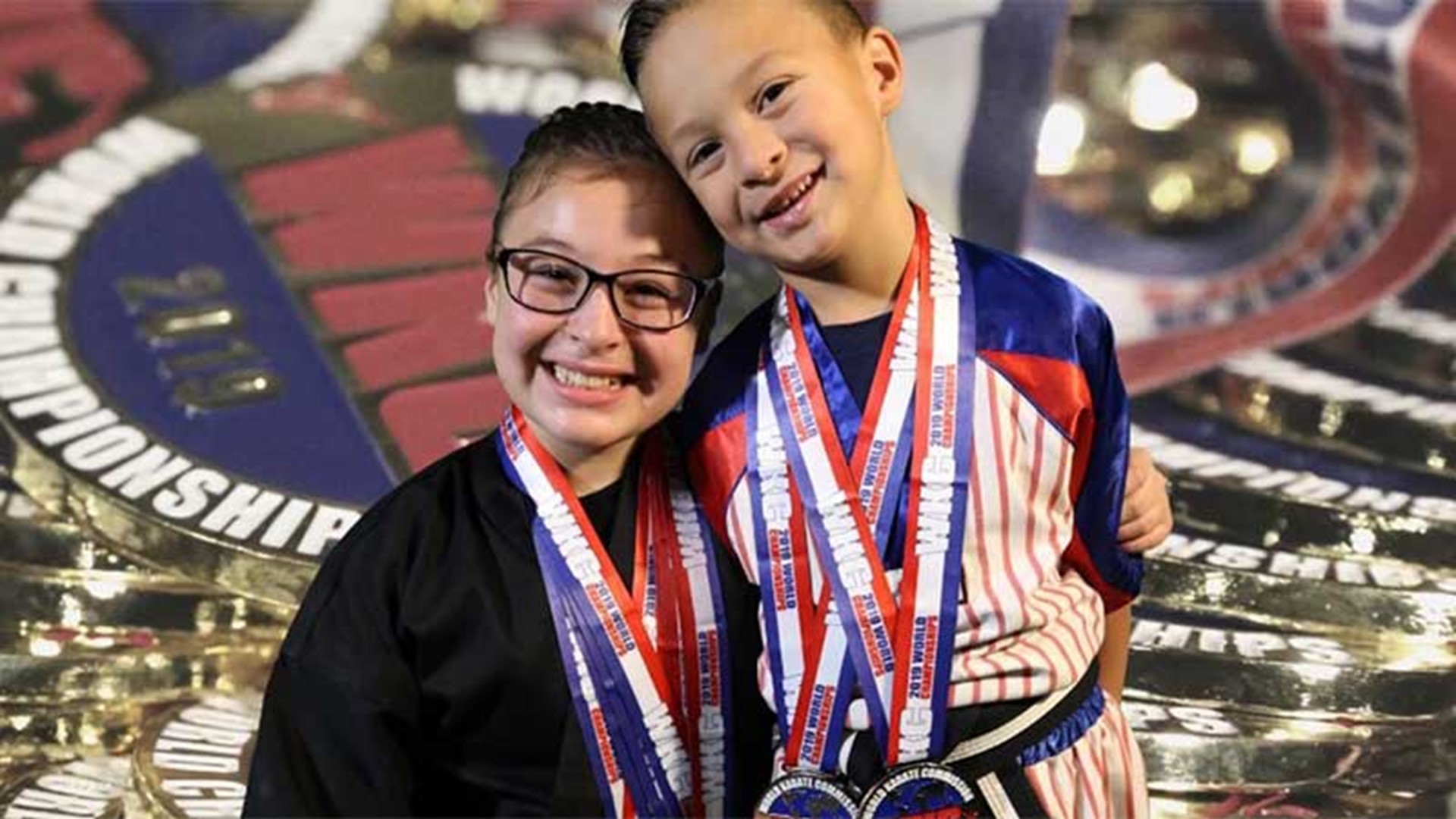 Kodi said each one feeds and fertilizes the other.

"It's hard to find a well-rounded martial artist who can walk into any ring in any tournament and finish top three successfully," Priscilla said.

Her daughter is a 17-time black belt world champion with 32 grand championships.

Michael is their 8-year-old son, a five-time black belt world champion. He was at so many of his sister's bouts his interest developed organically at age two.

"I kept putting on her headgear," Michael said. "And – like punching a bag."

He threw enough punches to land a spot on America's Got Talent. His father calls him 'Super Bomb.' It's a nickname he likes.

"Because I'm very powerful, and I like to be crazy all the time," Michael said. "A bomb explodes."

His sister gained the moniker 'The yellow rose of Texas' from her dad. Kodi said it represents strength.

All names and titles aside, the Molinas are on the grind every day.

Priscilla, an athlete too, became a black belt to understand her children's experience better. She's one of their coaches. Their dojo is their living room.

Coach Priscilla schedules their day for maximum benefit. The weight can make the kids weary.

"There are many days the kids don't want to train. Their kids," she said. "You have to remind them – well, whose goals are these? They're not ours. They're your goals."

The 41-year-old is a science teacher at her daughter's middle school in Spring Branch.  Andy Molina is a 43-year-old planner for the United States Army. Together they work to make the children's martial arts journey a family affair.

"We want to be parents first. Ok. That's first and foremost," Molina said. We want to be sure we prepare them for life. Life is not easy."

Their children have the best coaches the parents can find. Lessons in the living room dojo are frequently virtual. The two were getting virtual training before the COVID-19 pandemic made virtuality a part of everyday life.

"I've used the quarantine as a time for me to get even better than I was before –and train harder," Kodi said.

Her win column expanded tremendously during the pandemic. But she's still working on getting faster, cleaner, and stronger.

"I'm probably going to retire when I'm like 30," Michael said.

As for Michael, he's gaining an education from the mat.

The teachings are foundational. Michael learned it's not all about winning; sometimes, you have to slow down to 'robot speed' to get the technique right.

Each championship represents their goals and sacrifice. The hardware, the rings, and medals lets the siblings know success is within striking distance. But it does not come without putting in the work.