Angelica Park is excited to be heading to Washington D.C. to sing the national anthem. At 17 years old, she is lifting her voice and conviction at a pro-life rally. 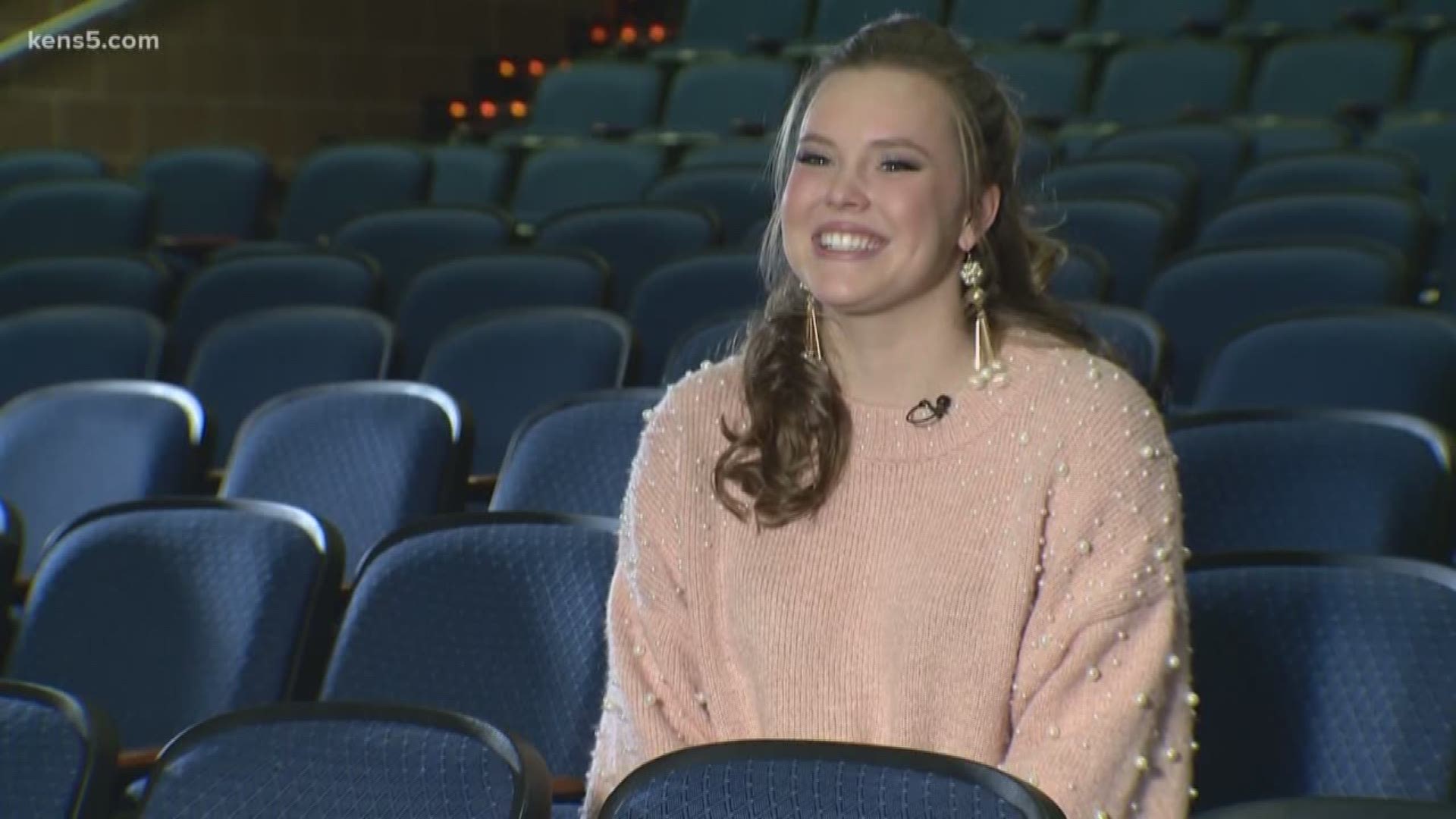 SAN ANTONIO — Lady Bird Johnson High School has been good to Angelica Park---mostly. There are some who would rather the opinionated, overachieving teenager find a seat and be quiet. But that’s not happening.

“I am 17 years old,” she said. “I am a scholar of the Voelker Biomedical Researcher Academy, which is here in San Antonio.”

Park is way too busy to pay attention. She’s a beauty queen, student athlete, honor student; she works with special needs students and runs a non-profit.

According to Park, she’s raised $42,000 in six months for her Happily Ever After Foundation. Through her foundation she makes hospital visits to young patients and bestows goods.

“I'm just a girl with huge heart,” she said.

Park has three brothers who probably have something to do with her tossing dolls for sports. “They’ve made me tough, for sure,” Park said.

The 17-year-old high school senior admits it was clear from the beginning she had a ‘thing’ about control. Park points to when she was born. As the story goes, she came out grabbing the doctor’s forceps.

“She’s like the most amazing person I’ve ever met,” Dolores Park said. “I love my boys. But they’re just boys.”

Park has performed the national anthem at the AT&T Center for the San Antonio Rampage and at Minute Maid Park for the Houston Astros. The Johnson High School senior inherited her voice from her mother, who sang professionally.

She is scheduled to perform the national anthem at the March for Life in Washington D.C. next year. The teen is also a speaker at a youth rally for the event.

Her road to getting there wasn’t easy. Park made her pro-life position public. She was running for class president when someone discovered it.

#NotMyPresident accompanied a screen grab of her ran the chances of becoming class president into the ground.

But it didn’t stop her. Park and her mother wrote a song called ‘Listen Can You Hear Them’ dedicated to the children they said abortion kills.

Dolores recalls her daughter running down aisles in the store to thank members of the military for their service. She also said Park uttered her determination as a child to become a healthcare professional.

“I wanna help people’s heart when they stop beeping,” she recalled.

These days, Park set her sight on becoming a Pediatric Oncologist.