With his father in the picture, rapping and turning it up on "the wheels of steel" became a thing for Xzavier Gonzalez. 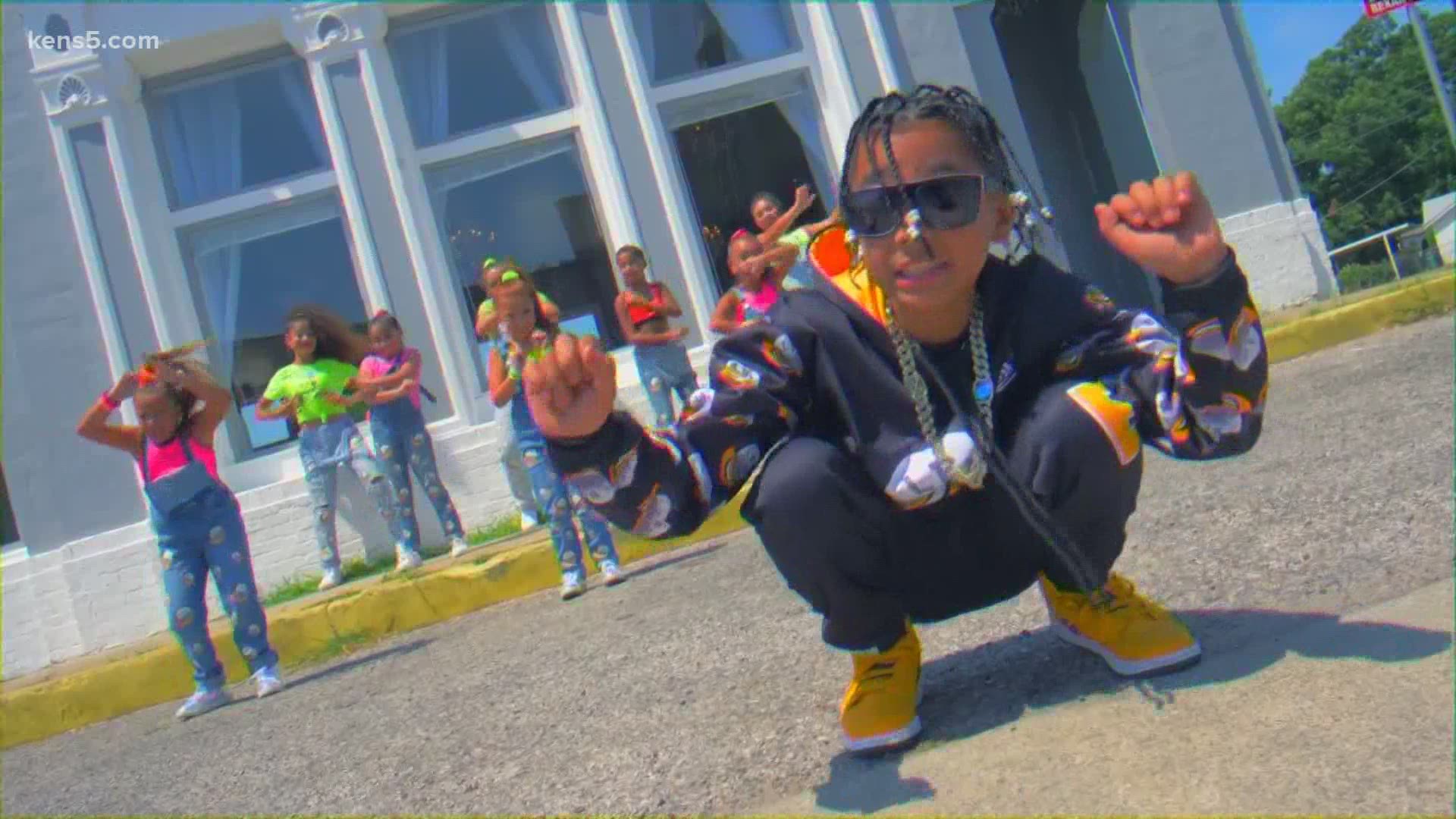 SAN ANTONIO — Xzavier Gonzalez leads a dual life. He's a 12-year-old San Antonio kid who enjoys being just that, including gaming and basketball. And, like most children, he can't wait to grow up.

"I'm just excited to like turn a teenager," he said. "I just want to start driving."

Gonzalez dreams of rolling in a white Bentley with a custom grill.

The second part of his identity may bring him the money to make that happen.

He is also known as DJ Lil X, a young rapper and skilled DJ. For him, there is no duality. Xzavier and DJ Lil X are the same.

Gonzalez got his start because he was in the right place at the right time. He was always in the proximity of his father – an admitted music fiend with a knack for branding and business.

"We're real close – and just the recording element of it just brought us a lot closer," David said.

"It's about to happen. We'll be all over the world," David said.

He and Lil X are logging miles across the country to turn his son into a rap star. David started speaking into his son's destiny in the womb.

At age eight, Gonzalez was around his father in the studio. And, the moment just happened.

"I said, do you want to record a song?" David recalled. "His eyes lit up."

To this day, recollecting the story brings tears to Gonzalez's eyes.

"It really hurt me because – me and my brother were real close," the rapper said.

His pain tragically mirrors another family loss before Gonzalez was ever born.

"At 12 years old, my brother was taken away at a young age," David said.

The shared experienced is heartbreaking and helpful.

"I just know what he's feeling. So, when I'm able to talk to him and explain," David said. "I know – and I'm able to help him cope through those things."

DJ Lil X leans in on his father to guide and shape his budding career. That is paying off. He's been in the presence of rap royalty like Snoop Dogg.

The young rapper performed with Kodak Black and even opened up for Post Malone.

"I want to touch a lot of – like people with my music stuff, with positivity," he said.

His music isn't the gritty rap telling stories of despair on the hard streets, painting explicit pictures of places too raunchy for DJ Lil X. Instead, his music is refreshingly innocent.

The song is not about the mega-popular social media app. It's more of a description of the San Antonio youth's day trying to clock his goals.

"Still the youngest in the game," Gonzalez said.

He believes the father and son bond with David will make him a star.

Meanwhile, time and his upbeat music may heal the young rapper from his brother's death scars.