Smithson Valley High School is on a roll. Three student champions have raised more than $100,000 in three years to fight against cancer. 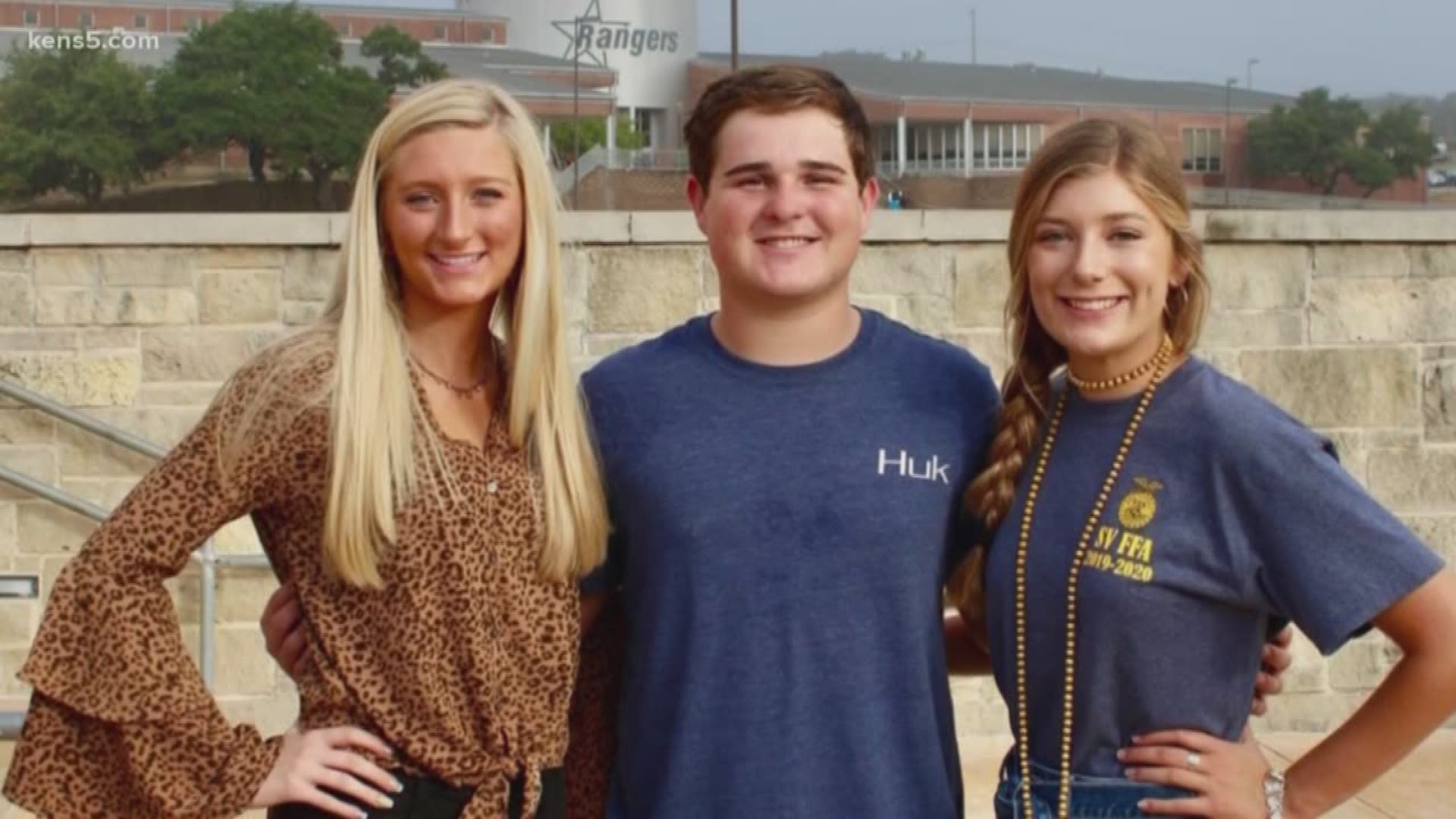 COMAL COUNTY, Texas — Avery Walker is the latest gladiator to step into the coliseum to fund raise to fight cancer at Smithson Valley High School. She’d rather be called a Ranger, like their mascot. But in this battle, she is on the front line doing battle in a different and personal way.

The sophomore is fourth Ranger to lead a philanthropic effort to providing funding for all cancer battles through the Leukemia & Lymphoma Society (LLS). She is candidate for LLS’s 2020 student of the year. Her campaign, ‘Hope for Peggy’, is dedicated to the grandmother she never met.

“She was a great person. And she was a nurse and helped so many people,” she said. “So, I want to tell people she got to help people.”

To the benefit of the campaign, Walker was assigned mentors. All of them experienced warriors who know how to generate dollars to battle cancer. In fact, the three of them have raised more than $100,000 in three years. They were all student of the year candidates for LLS.

Kayla Friesenhahn raised $24,153 in seven weeks in her 2019 campaign. It was dedicated to her uncle, Robert Henry died from an extremely malignant leukemia two months before his 13th birthday.

Tyler Miles, who is now freshman in college, raised $26,650 at Smithson Valley High in 2018 before he left. His campaign was dedicated to his great-grandmother, Eugenia Walsh. She died from Acute Myeloid Leukemia at 72 years old.

SVHS Senior P.J. O’Toole is a cancer survivor. He won his fight against Acute Myeloid Leukemia. O’Toole was six years old when he went through the fight.

“I was in and out of the hospital for eight months. My first hospital stay was 81 days long,” he said. “In that one calendar year, I visited my oncologist’s office 63 times.”

O’Toole said when his treatments ended, it gave him the freedom to be a kid again. He also was drawn to fund raise for LLS because his experiences as a cancer survivor made him who he is today.

“I guess you could say that I am one of the lucky ones,” he said.

The Smithson Valley student said he’s lost more friends along the way to cancer than he’d care to count. So, in 2017, he used that energy to raise $50,000 as a candidate for LLS’s student of the year.

Now, Walker gets to pull from their very personal experiences as she tries to keep the fundraising alive at a school where the students rake in thousands of dollars to help those in need.