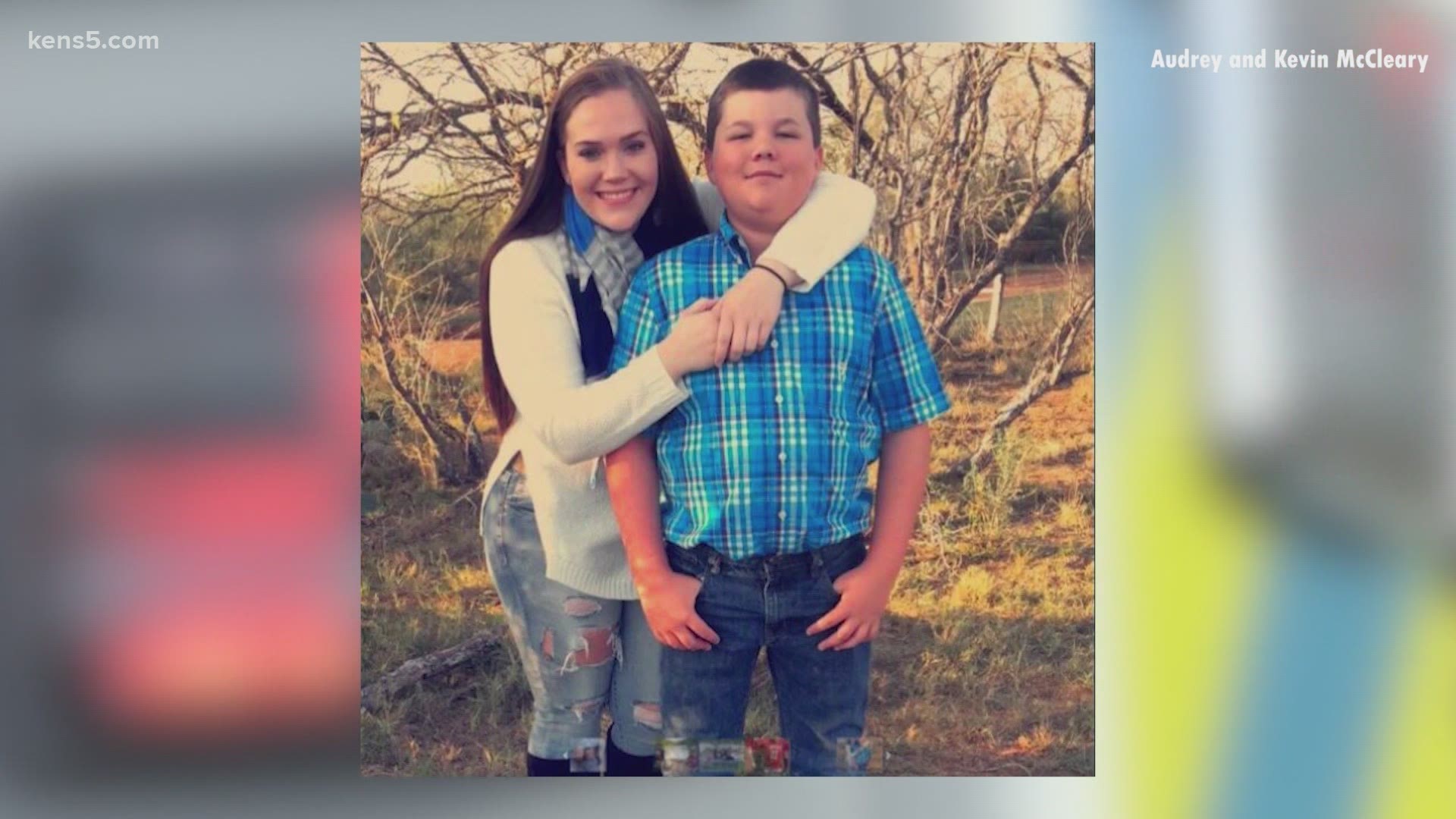 SAN ANTONIO — Life came so close to "pinch me it's too perfect" for Kevin and Audrey McCleary. He was doing well in trucking management. She was prospering as a nurse who ran the Emergency Department at the local hospital. They had two loving children.

"We knew we were blessed. We always said that," Audrey said. "How'd we get so lucky to have such amazing children?"

Madison, 18, was a senior in high school. Tanney, 11, was in the sixth grade. Their parents describe their kids as active and God-fearing.

"The kids got to do what sports or what extra activity they wanted to be doing," Kevin said.

Audrey said they attended their children's games, events and even ate dinner as a family.

"It was all the American dream," she said.

That would all change on January 18, 2017. Audrey went to work early. She didn't get a chance to see her children before leaving. Instead, the mother and wife gave them 'I love yous' the night before.

Audrey got the one emergency call she never expected at the hospital, where the adrenaline to save lives drove her.

"It was Kevin saying the kids have been in a wreck and they won't wake up," she recalled.

Madison and Tanner were en route to school in Jourdanton on the slick rain roadways of FM 1333. There was a terrible accident. Kevin got called to the scene by his employee.

"My mechanic was the truck that hit my kids and t-boned them," he said.

According to Kevin, investigators said the hit forced Madison off the road. When the teen tried to recover, they believed she overcorrected and crashed.

Audrey got a coworker to drive her to the scene. The couple watched as their daughter got extricated and paramedics worked to revive the kids.

"We just went back and forth praying for a miracle," Audrey said. "That didn't happen that day."

One of Audrey's peers pronounced the McCleary children dead at the scene.

"It's not like losing a parent or a sibling or friend. It's so very different," Audrey said. "Because it's out of the natural order of things because children are not supposed to die before their parents."

Devastated by the double tragedy, the high school sweethearts turned husband and wife sought to cope with the overwhelming grief of an accident where they hold no one responsible.

Leaning on friends, family, and faith, the College Station natives took a layered approach to honor their children – by celebrating their lives.

"My daughter and I loved going to coffee shops. Kind our thing," Audrey said.

Son Tanner, who was not a coffee drinker like his father, would tag along with them. Audrey put the sorrow and song in her heart to good use.

"The name came because I would sing 'You are my sunshine' to my kids," she said.

She said the two coffee beans in the logo represent Madison and Tanner. Another layer of honor was turning their kids' kindness into a campaign. Signs embracing compassion hang all over the coffee shop right down to the WiFi password: Be*kind.

#SpreadthekindnessforMandT also took off on social media with people wearing blue bracelets bearing the hashtag. Pictures from Germany, New York, Prague, and Africa show how their kids' legacy of kindness lives on.

Perhaps, the most memorable monument to their children includes other parents who have lost children too. Right outside of their coffeehouse is a space called 'The Wall of Sunshine.'

A circular sign woven in the spread of the sunshine reads, "The wall of sunshine is lovingly dedicated to those who were the sunshine in our lives..."

"I didn't want it to be sad. I wanted it to be a joyful place," Audrey said. "They brought such joy to us."

It took more than a year of imagination to come up with a suitable tribute. Audrey said a friend who is a teacher brought a projector to the designated space where they drew circles on the wall in the shape of half of a sun with rays.

Family and friends helped as the glossy, patterned, and multi-colored tribute gained shape. Audrey sought out the names of kids, young and old, who died before their parents.

Each child gets a circle with their name on it. So far, 50 names make up the wall of sunshine.

"Every bereaved parent wants to see their kids and to see their names," Audrey said. "On each circle with each child's name is also a QR code."

That code takes people to a Vimeo video of each child. Some come with pictures and music. When images are not available, the video bears the child's name, date of birth, and date of death.

"I've heard from their parents. I've heard about them. I've seen their pictures," Audrey said.

Twenty-four new names will get added to the Wall of Sunshine as it sadly expands.

"It's a shame that they went at a young age. There's always something great about them kids," Kevin said.

The wall even gave the McCleary's a chance to pay homage to their 2002 stillborn daughter Grace Anne.

The couple is making space in their lives and home to share some sunshine. They've completed foster parenting courses.

"We have a teenager living with us right now. Nothing official," Audrey said. "A sweet girl that needed a spot – and we have lots of extra love to give and room in our house."