Aiden Gamez started selling art when he was just 3 years old, his mother said. It was an amazing feat for a child who nearly died of a life-altering brain injury. 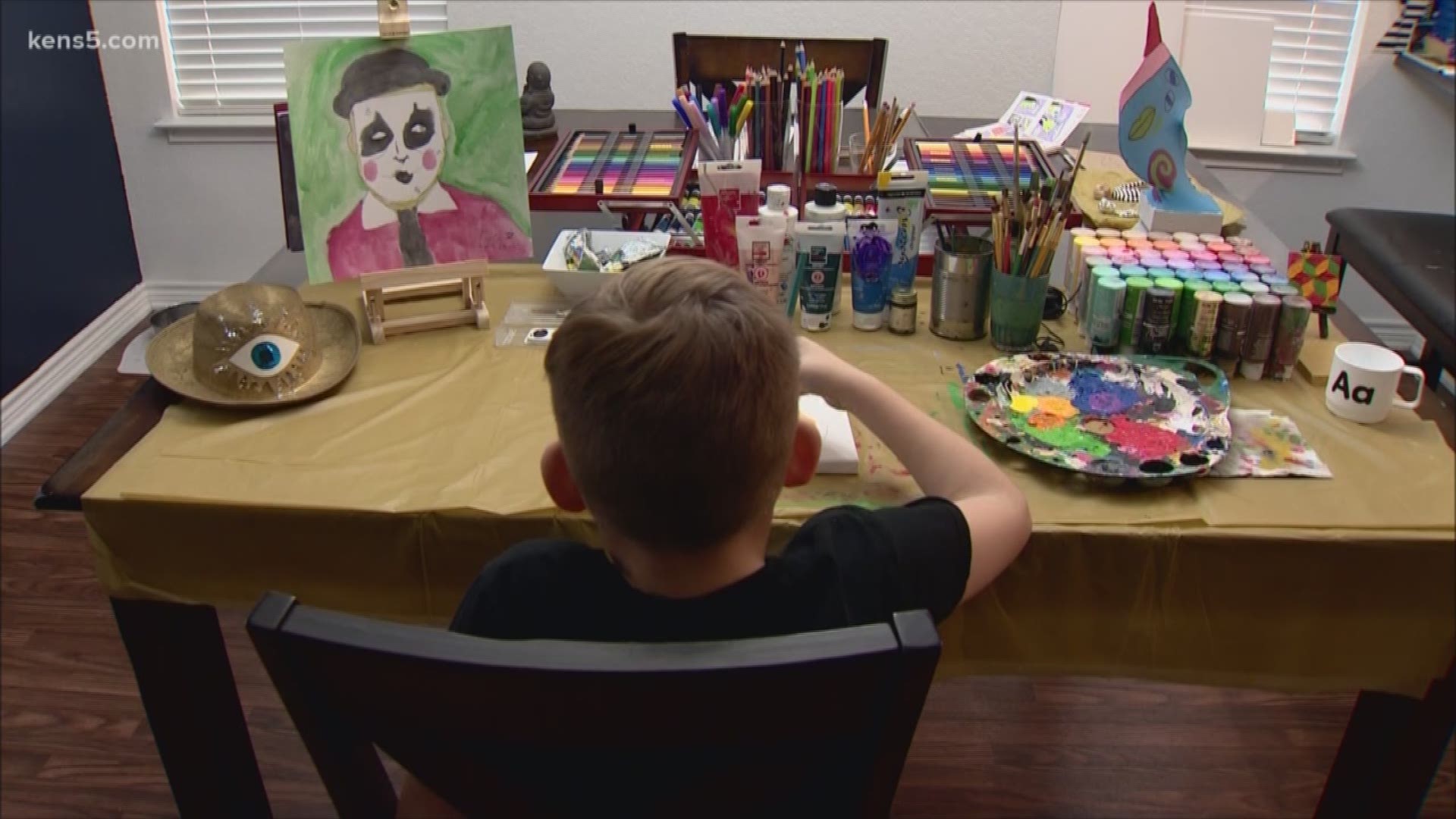 SAN ANTONIO — Kathleen "Kat" Day says her son was born healthy. At age 1, she said, Aiden Gamez displayed artful tendencies. It makes sense that she would pick up on them, because she's an artist, too.

Day said everything changed when he got a round of vaccinations. According to her, he struggled with seizures, lost his ability to verbalize and was robbed of the steps he'd been making to walk.

"To just see him crash like that into a drooling, no eye contact, incoherent mess," she said. "Part of us felt like dying watching him go through that."

She said the vaccine caused a brain injury that was later diagnosed as autism and a cognitive disability. Gamez's medical treatments were taken care of by the State of Texas. He had to relearn what his young brain had absorbed as a baby.

She said the rehabilitation has taken years. Early on, his talent for art started to redevelop. Gamez's works started being sold to others when he was just 3.

"I don't know. Shy of just saying that he is magic, it's hard to describe," she said.

Gamez makes sounds and noises as he creates. His mother and stepfather, Joe Gomez III, believe it's the orchestra of creativity in his head. Day said her son draws, paints, sculpts and creates original content on gaming platforms, and also focuses on music.

Today, he's a 9-year-old elementary school student at Coronado Village Elementary School, where he is a part of a specialized class. Gamez has won awards in class and his art had been featured at a local mall; he even has his own Instagram page.

"Everything he makes is all his eye—his color choices, his choice of design," she said.

Day said her low-verbal son with autism grabs his muse from just about everything. She said he can be inspired by artist Eric Carle one day. The next day it's Picasso, who is one of his favorites.

"And I would not change anything about who he is and what he does," she said.

Gamez's latest project includes the art of storytelling through comic strips. She is also helping her son with doll-making. Day said she's there when he gets frustrated during his projects to show him art is forgiving.

His process can be fast and furious, yielding the art of "Star Wars" or even him getting in trouble. But she said her son represents to the spirit of possibility and potential.

"If this child can do all of this, despite his abilities, there's nothing stopping us from attempting our dreams and (those) things that make us happy."

Got a kid with an outstanding or unique story? Send us an email to Greatkids@kens5.com. #KENS5GreatKids