The 7-year-old San Antonio musician is known as 'Little Comic." He borrowed the name from his father's breaking dancing days. 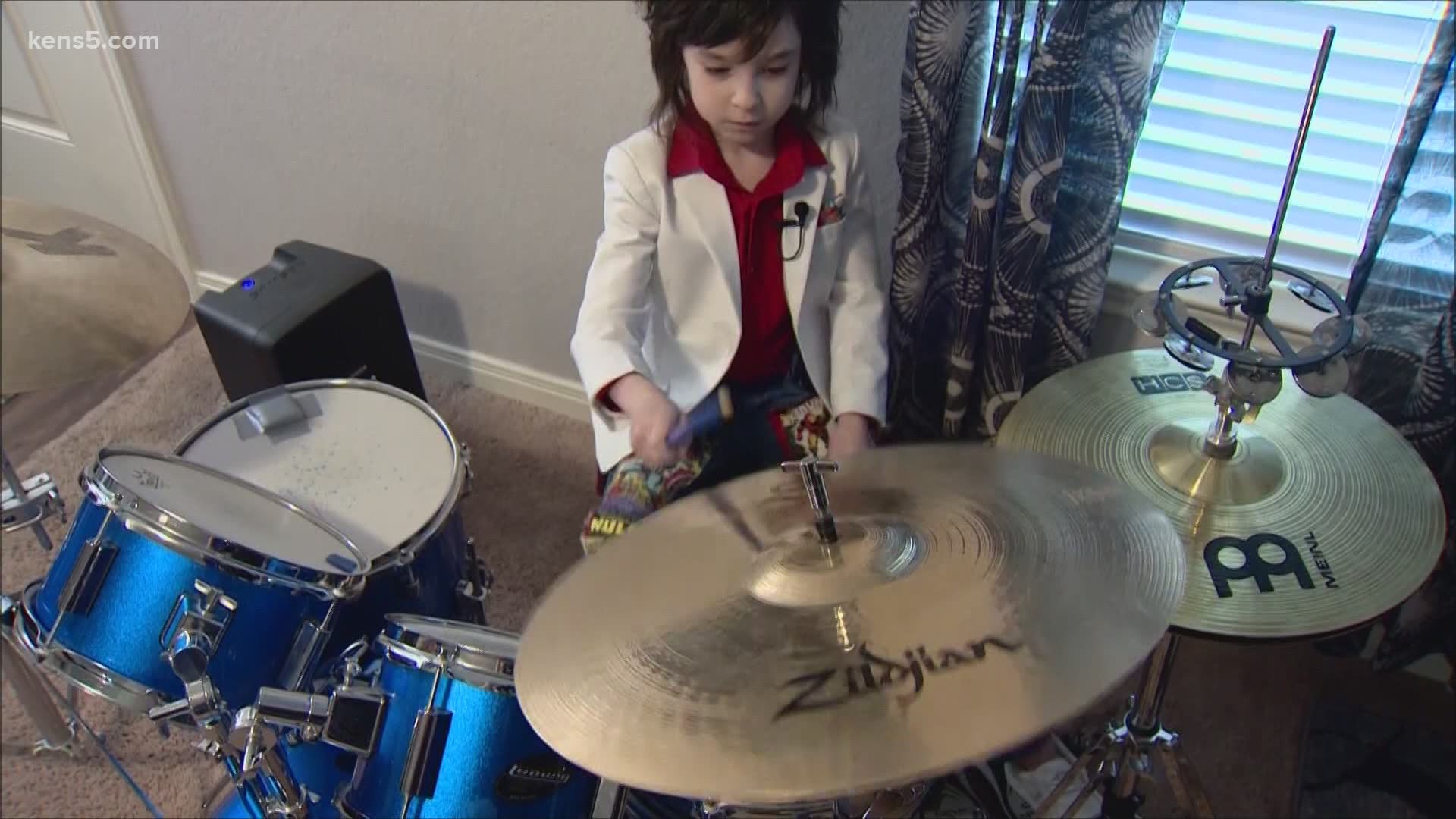 SAN ANTONIO — Angel Alcoser can't explain why he became drawn to the drums before writing his name. Now, the drums are his signature instrument.

Straws, toothbrushes, pencil---well, anything Angel Alcoser could get his hands on became drumsticks for him.

The 7-year-old San Antonio musician is known as 'Little Comic." He borrowed the name from his father's breaking dancing days.

David Alcoser said his son had not had formal training for the drums or any other instrument. Angel is naturally gifted.

"I hadn't showed him that. He just picked it up by ear," Alcoser said.

Angel's ear and YouTube became his primary teachers. His parents were amazed at how well he picked up what other musicians put down.

He started playing at two. Of course, Angel went through a regular boy banging on the drum stage. But his gift begun to take shape. He recorded his first music video at five.

"It was around Christmas time, and I thought it would be cool to put out a little Christmas song," Alcoser said.

The 43-year-old father, who was also naturally drawn to music as a child, had a band background. He wrote and produced his son's debut song, which was cute and catchy.

"It's just for fun," Alcoser said. "People will be entertained."

He thought, perhaps, it could become a holiday tradition. Then, on a trip to downtown San Antonio Alcoser asked a street drummer if his son could have a rip on his drums.

Angel had a set at home where he loved to practice.

Even though the street drums nearly towered over Angel, it did not stop the young musician from playing to the crowd's liking.

The applause, street appearances, and money started coming in. People marvel at his skill.

Angel plays his drums to Nirvana, Motley Crue, Led Zepplin, The Rolling Stones, and The Beatles. He has a thing for Ringo Star.

So, his mother crafted out a look befitting her son's image. The result is a mini poised version of an 80s rock star with child-appropriate 2021 touches.

"It could be like Freddie Mercury for sure," Alcoser said. "He has like a little David Bowie going on too----like David Bowie in the 80s."

At 7-years-old, Angel has original songs, music videos and covers the great on drums and the guitar. He is also picking up the keyboard. It was enough to earn a shot on America’s Got Talent.

"I just like to listen to music," Angel said.

He is homeschooled and loves the video game Cuphead. It is inspiring his latest love of music, jazz. The Cab Calloway music on the game has the youngster researching the late jazz legend and even trying to imitate dance moves from that era.

Angel said he prefers being himself over Little Comic. But don't think he doesn't love the attention he gets from his street performances.

His father said they are not pressuring their son to perform. He said this is family fun and an opportunity for him to bond with Angel.

"I think the fine-tuning in life is just to have a life of a loving family," Alcoser said. "And have as much fun as you possibly can because life is short."

Alcoser's father gave him a guitar as a child. His father died when he was 14.