Keegan Bertoia has a thing for emergency responders. He took his admiration to a new level by giving part of his birthday spoils to a local fire department. 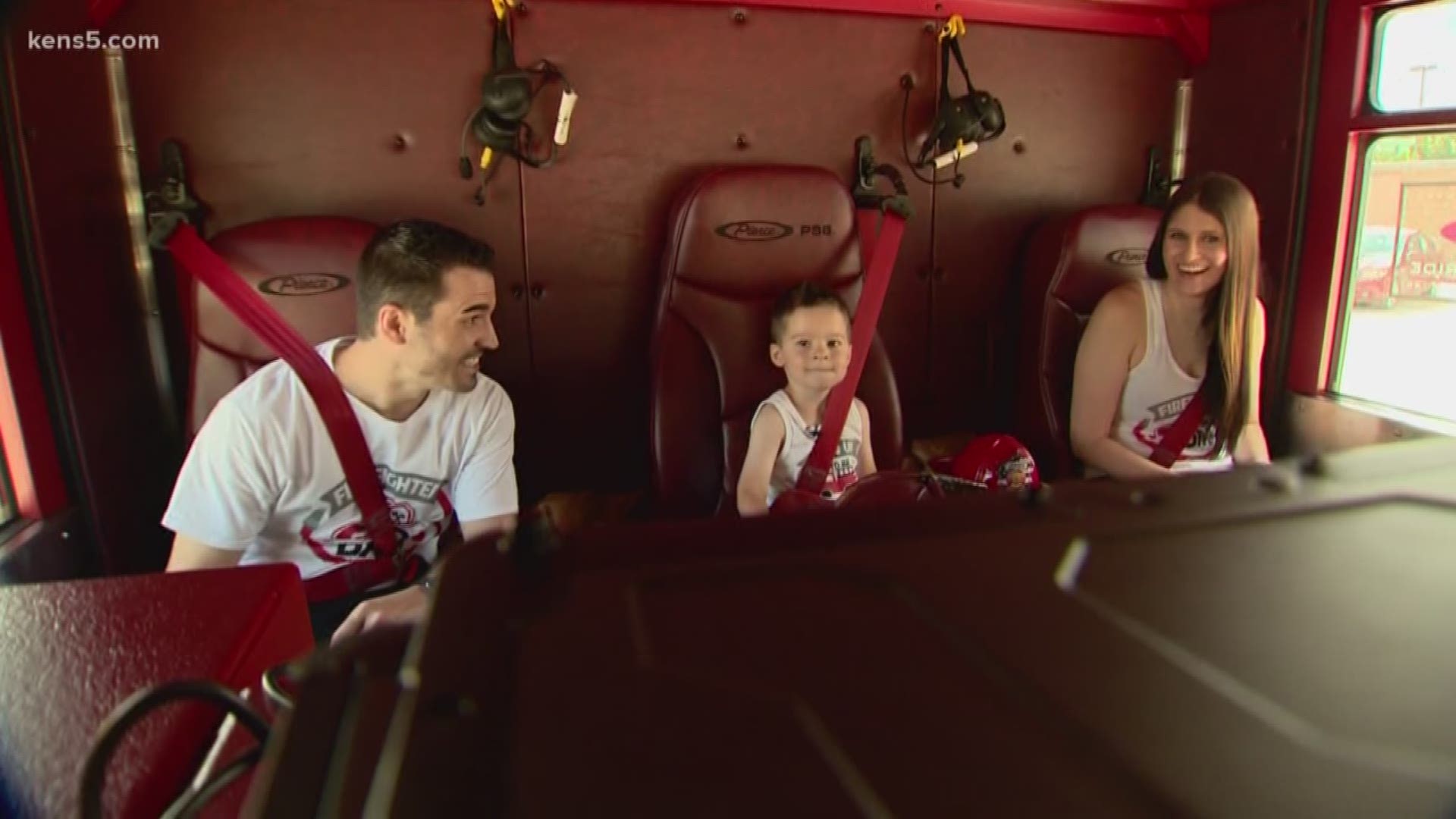 SAN ANTONIO — Getting a kid to part ways with his or her birthday gifts isn’t an easy ask. Keegan Bertoia didn’t think twice about forking over cash from his celebration to Schertz Fire and Rescue.

“We discussed the Fill-the-Boot project that the firefighters do,” Lizzy Bertoia said. “And explained that to him. And he was so excited.”

David and Lizzy Bertoia are Keegan’s parents. Their son has a healthy admiration for emergency responders.

“There’s a lot of firefighter books that he would read when he was little,” David said. “And the different noises that they’d make. He’d like to repeat them all.”

According to his parents, he really loves firefighters. “He also has an obsession with fire trucks, firefighters, fire stations,” Lizzy said.

It came as no surprise to them he wanted a firefighter themed birthday party. On June 10, they brought his dream to fruition, complete with a huge fire department themed birthday cake. Guests also got a chance to donate to the Fill-the-Boot project.

“We put the boot out at this birthday party,” Lizzy said.

Keegan collected $100. He took the check to Schertz Fire and Rescue. Overjoyed by the youngster’s donation, firefighters posted a picture with Keegan on Instagram.

“I feel like he did actually understand,” Lizzy said.

Fire Chief Kade Long said the donation was heartwarming. Keegan is the first child to donate to their cause.

His department is refurbishing one of the first units ever used by the Schertz Fire department. “The chassis was purchased first, and was kind of put together and built kind of by volunteers back in the early days of Schertz Fire and Rescue,” Long said.

The department is restoring the 1956 fire truck to use in parades and honor their history.

Keegan’s donation got him an abundance of gratitude, a chance to sit in the truck his donation will help restore, an opportunity to play with a fire hose and a spin around the fire building a real fire truck.

His father said astronaut, police officer and firefighter are on Keegan’s current career list. Chief Long said they are saving a spot for their young admirer if he decides to sign up.

ACLU: More than 900 children split at border since 2018 court order

At least 2 dead, 2 injured in shooting near Houston

How to freeze your credit after the Capital One breach