KENS 5's Million Summer Meals campaign is going strong, but not without your help, and also the help of a very special young boy who is helping raise money for the cause. 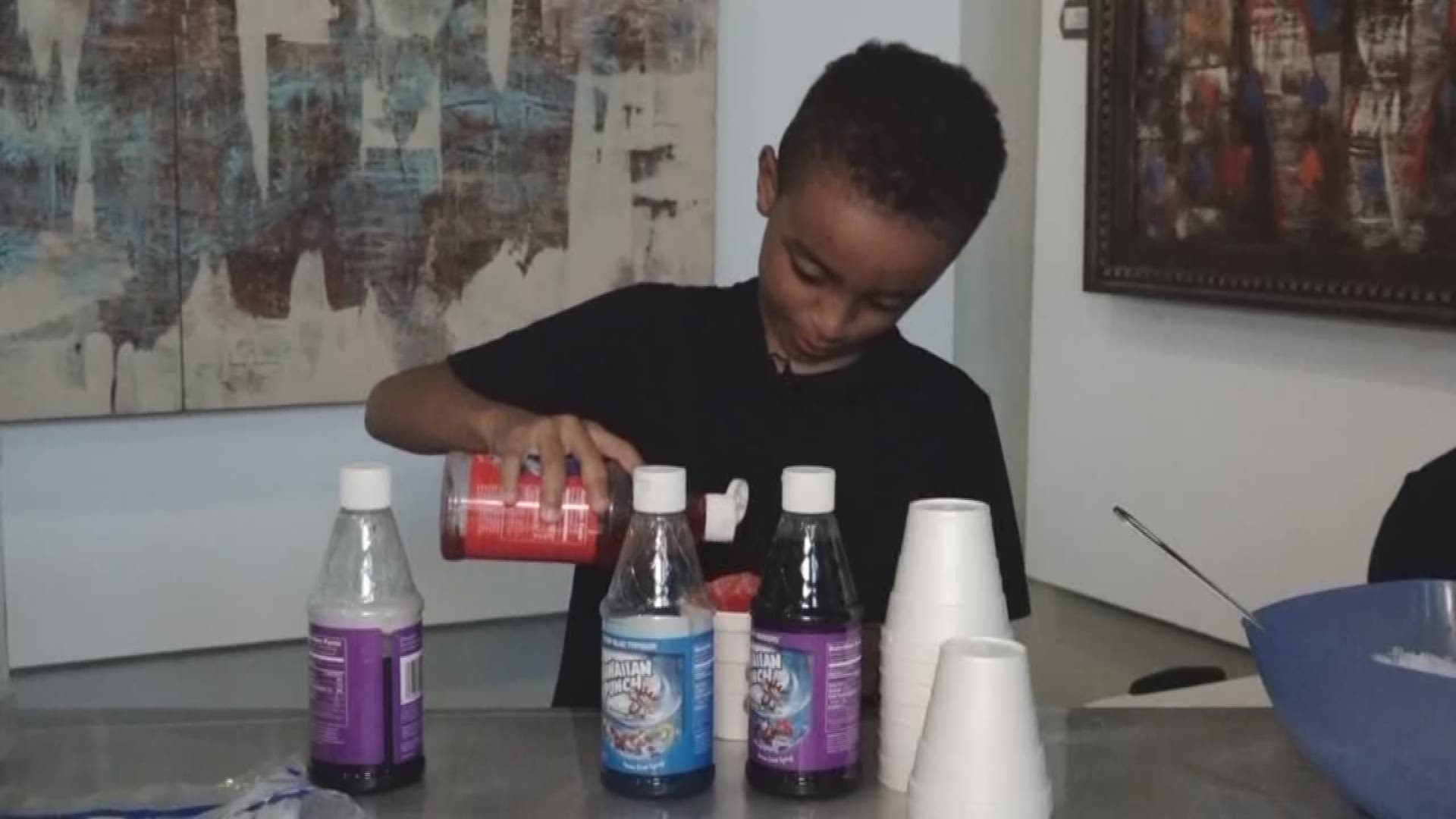 KENS 5's Million Summer Meals campaign is going strong, but not without your help, and also the help of a very special young boy who is helping raise money for the cause.

At just 6 years old, Declan Daniel is in one of two performances this weekend at the Carver Community Cultural Center. He's also a snow cone entrepreneur.

"In Texas, it's very hot and snow cones are a good way to raise money," Declan noted.

He's already made over $100. But that money isn't going into his pocket.

"He said to me, 'Dad, I want to buy a snow cone machine. I want to sell snow cones. What are we going to do with the money? We are going to give it to the food bank so we can feed the homeless and hungry kids,'" said his father Patrick Daniel as he recalled his initial conversation with his son about his new venture.

"To be that empathetic and industrious at his age, he is a remarkable young man, truly," said Andrew Gordon of the Carver Community Cultural Center.

Declan started his humanitarian deeds at the tender age of 3.

"I saw people on the streets hungry and homeless, so one time I gave them a sandwich and it just made me feel better," Declan explained.

His dad says that Declan is a role model, even to him.

"At the age of 6, he's my hero," he said. "If a lot of grown-ups would think that way, we wouldn't have to worry about hunger, especially in this country."

Declan is even inspiring his friends.

"It's like, you wake up and you have this feeling that you want to help somebody," one friend said.

His dad says that all are welcome to help Declan with his mission.

"Come and see the show. Give back to the food bank."

Get yourself a treat, and help Declan feed hungry kids this summer.

Click on this link to find out when and where the shows are playing.