More than 4,000 people registered for the 2019 walk, fighting for a cure and raising money for resources, research and awareness. 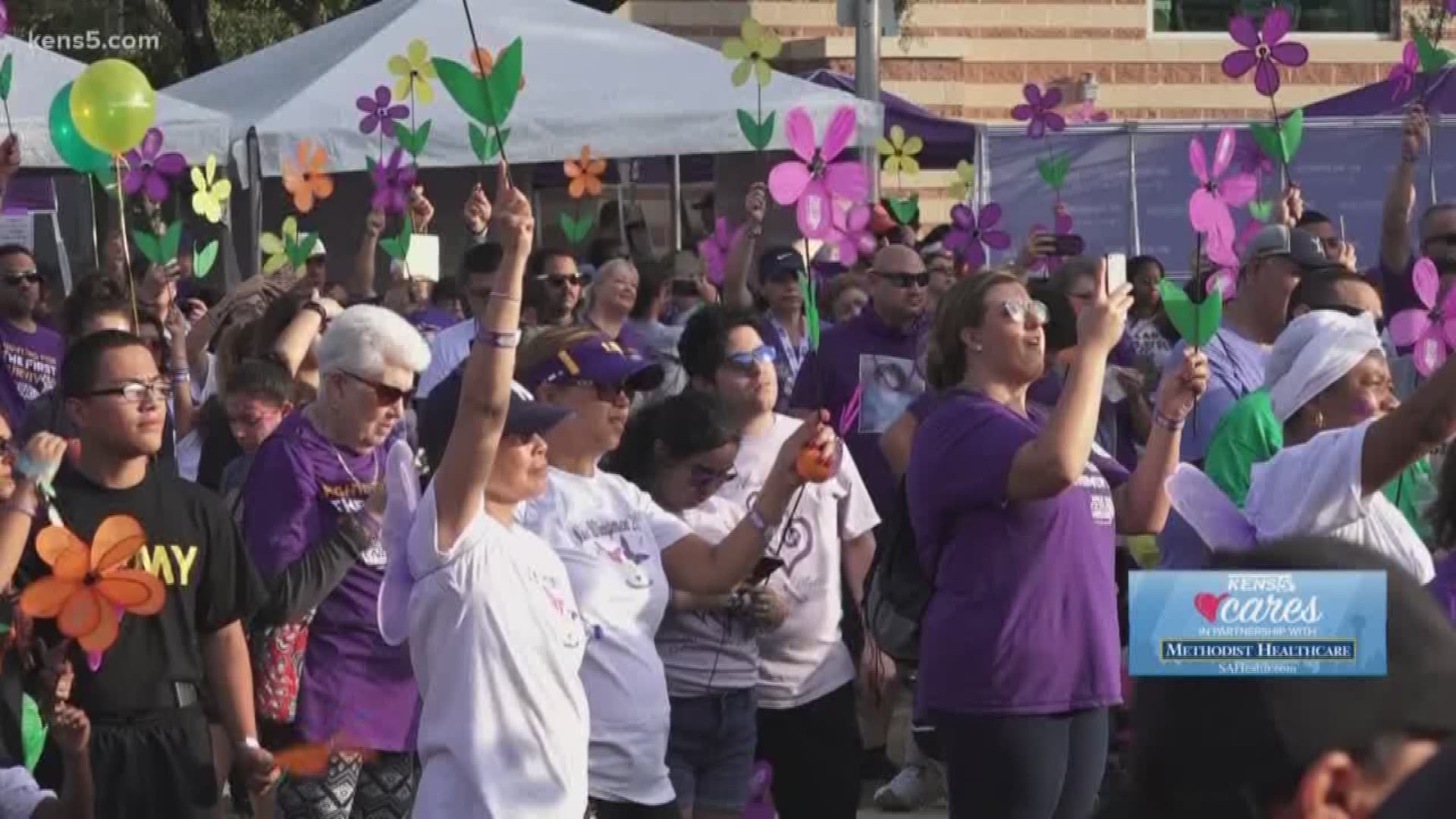 SAN ANTONIO — The Alzheimer's Association estimates nearly 400,000 Texans live with Alzheimer's disease. Many more are caregivers, have lost a loved one, or know someone facing the condition- which steals memories and impacts thinking, behavioral and social skills.

Around 4,500 San Antonians joined together to raise money for a cure and to support each other at the 2019 Walk to End Alzheimer's.

"Not only thousands of people but hundreds of thousands of dollars are raised to fight Alzheimer’s and let’s face it- If you’re here this morning, it’s because Alzheimer’s has broken your heart," emcee Bill Taylor said.

Before a walk around Palo Alto College, everyone participated in a flower ceremony traditional for walks each year. Advocates raised orange flowers to show their support for the fight to end Alzheimer's. Families who've lost loved ones lifted purple. Yellow represented caregivers, who devote their lives to supporting people living with the disease. Blue stood for people living with Alzheimer's now -- fighters like Nia Mostacero, who was diagnosed with younger-onset Alzheimer's in her 40s.

A final white flower represented the future everyone present is hoping for: one with a cure for Alzheimer's, or a world without it.

You can still donate to help the Alzheimer's Association achieve its $660,000 goal for 2019. To do so, click here to donate.