The project works to prevent heat-related illness and deaths during the hot summer months in South Texas. 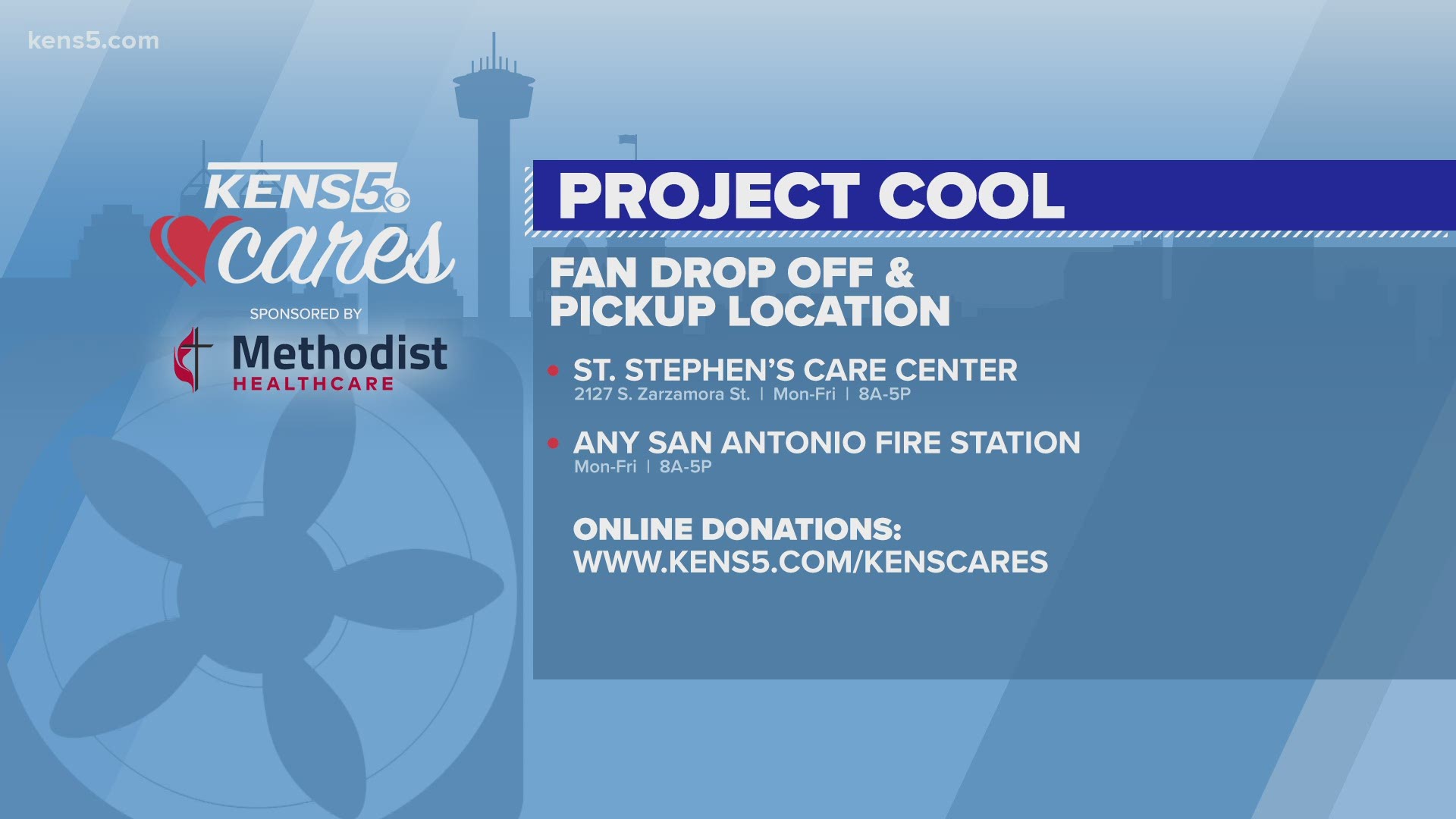 The project works to prevent heat-related illness and deaths during the hot summer months in San Antonio and the surrounding area. The goal is to provide low-cost, low-energy fans for seniors to keep cool without causing high utility bills.

The project, now in its 25th year, kicked off June 4 at Guadalupe Community Center. It's going strong with organizations hosting fan drives and volunteers distributing fans to seniors.

The average fan costs $22, which some seniors may not be able to afford.

Lizzy Nemeth, Catholic Charities’ vice president of programs, said: “We worry about our low-income, senior population who live in homes with no central air conditioning, who live on a fixed income, or who live in isolation. Project Cool gives our volunteers an opportunity to visit with those seniors with a free fan to help cool their living spaces."

Donations of fewer than five fans can be dropped off at any San Antonio Fire Department station, except Station 23 at the airport.

Anyone interested in receiving a free boxed fan should call the United Way 2-1-1 Help Line to find a convenient site for pickup.