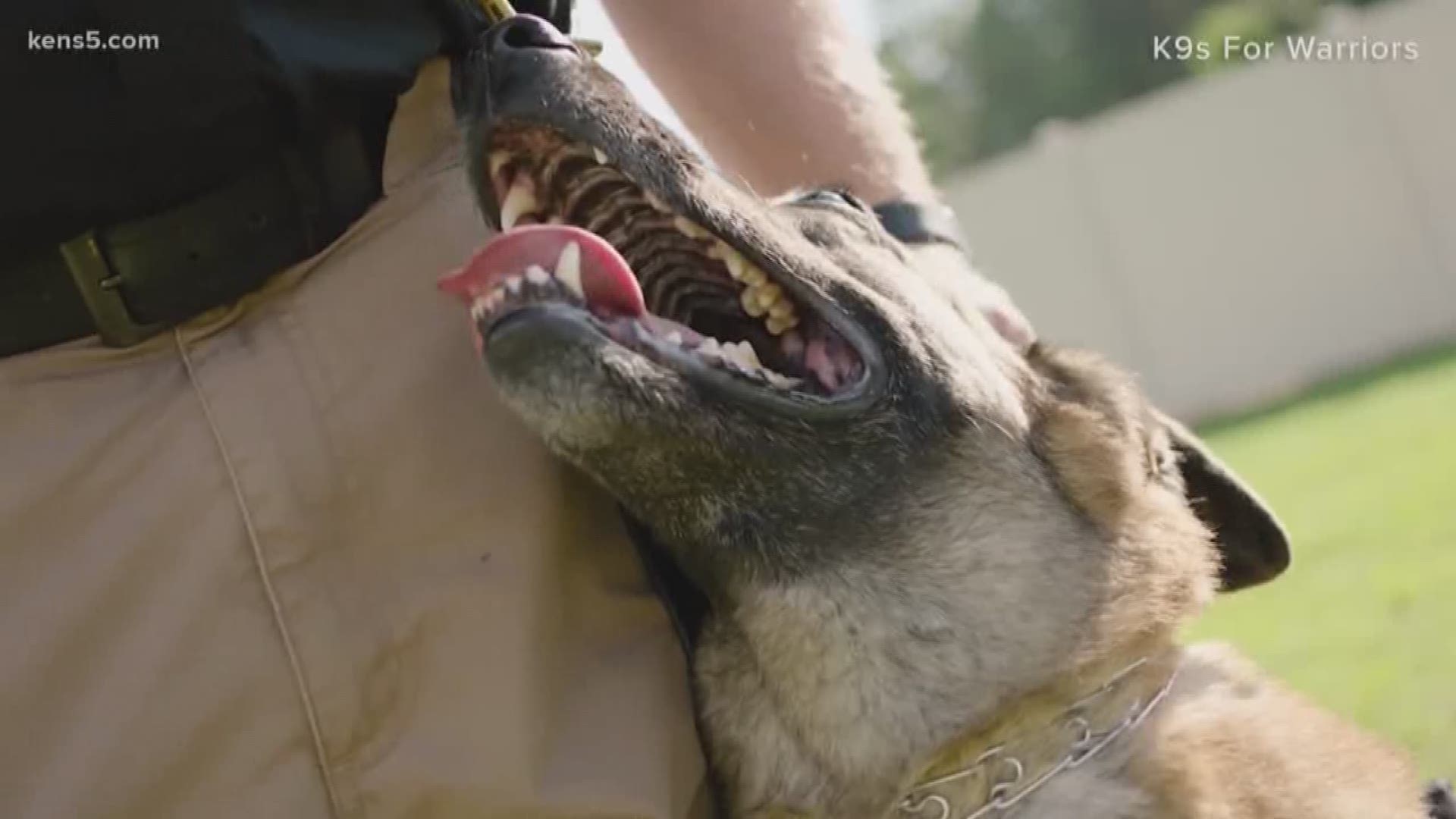 SAN ANTONIO —
KENS 5 and the TEGNA Foundation kicked off the new year by celebrating the good work of seven San Antonio non-profit organizations. The San Antonio Stock Show & Rodeo, K9s for Warriors, and San Antonio Pets Alive were among those organizations awarded for their creative approach toward solving crucial community issues.

"Quite frankly, we are in the entertainment business, that’s what we do, but at the same time, the underlying current is education." said Cody Davenport, president and CEO for San Antonio Stock Show & Rodeo. "Our mission and our job is to take care of the world of agriculture...educate the public and create nice, healthy, competitive environments for our youth that we're bringing up as the next generation."

K9s for Warriors empowers retired military men and women to acclimate to civilian life by providing trained service canines. They received $2,500, which Texas State director Andy Hyatt says will go toward their South Texas programs. "We’re actually the largest provider of service dogs for veterans suffering from Post-Traumatic Stress Syndrome, traumatic brain injury, or military sexual trauma in America," Hyatt explained. "About 98% of the dogs that we train are rescues from or owner surrender and we’re trying to reduce that by building a new kennel here in San Antonio to rescue about 200 dogs per year."

"San Antonio Pets Alive is the last hope for dogs and cats in the city of San Antonio," said Olivia Schneider, promotions and public relations manager for San Antonio Pets Alive. "Since 2012, we’ve saved over 50 thousand lives from euthanasia but it was because of the testing that we were able to do because of this grant that my dog was given a second chance at life and now he has a forever home with me, and I’m just so overjoyed to be able to give that kind of story to someone else because of KENS 5."