K9s For Warriors: Service dog and Army veteran find a new leash on life together

The organization is based in Florida, but the group is hoping to expand its operations in “Military City USA” - which will help them cut down on their waitlist. 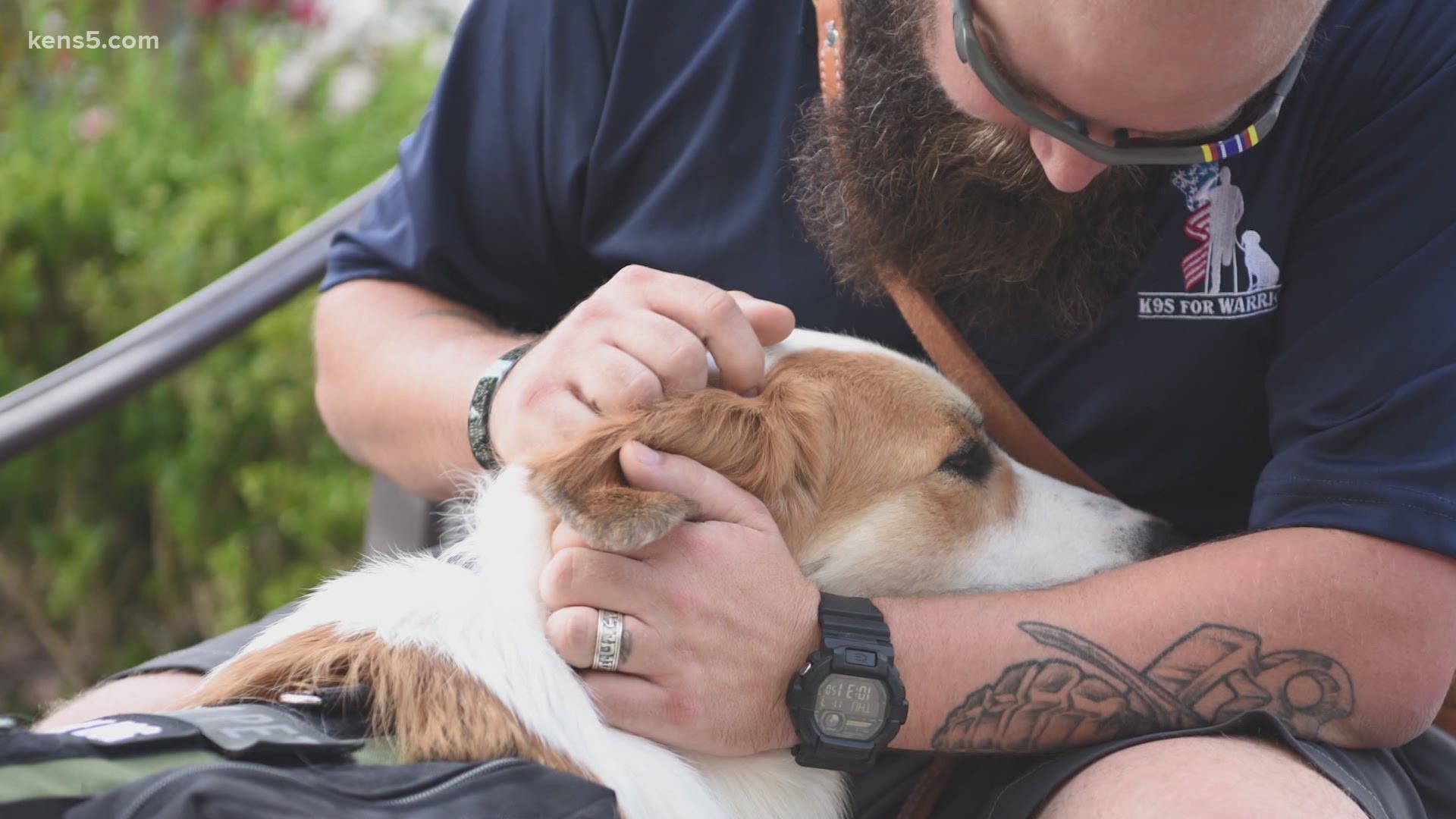 SAN ANTONIO — The pitter-patter of paws follows Jodie Revils everywhere he goes. It's a symphony to a sweeter life, with his service dog, Donna, by his side.

"I know what she's thinking, and she knows what I'm thinking," Jodie said.

Jodie served in the Army for 11 years. He enlisted twice and spent time overseas in Iraq.

“Two hour and four-hour patrols a day, assault missions between that," Jodie said.

When Jodie returned, he brought the war zone home with him.

“Something as simple as riding around in a car induced panic attacks," Jodie said. "At the time and I didn’t know what all this was.”

Jodie was diagnosed with PTSD. He was fighting to get better. His family was right behind him, but he needed more backup.

“There was a time where I actually considered suicide because at that time, I had sought help, it wasn’t working and I felt like there was no hope,” Jodie said.

His final option brought him to K9s for Warriors in Florida.

“Going into K9s for Warriors, I actually felt like if I wasn’t able to complete the program and it didn’t help me, I was leaning toward suicide again," Jodie said.

As soon as Jodie got a look at Donna, the negative thoughts slipped away. Staring into her big brown eyes, he felt comfort, acceptance and love.

“She walked up to me, sat down and put both of her paws on my lap," Jodie said. "At that point, I felt like everything was going to be alright.” 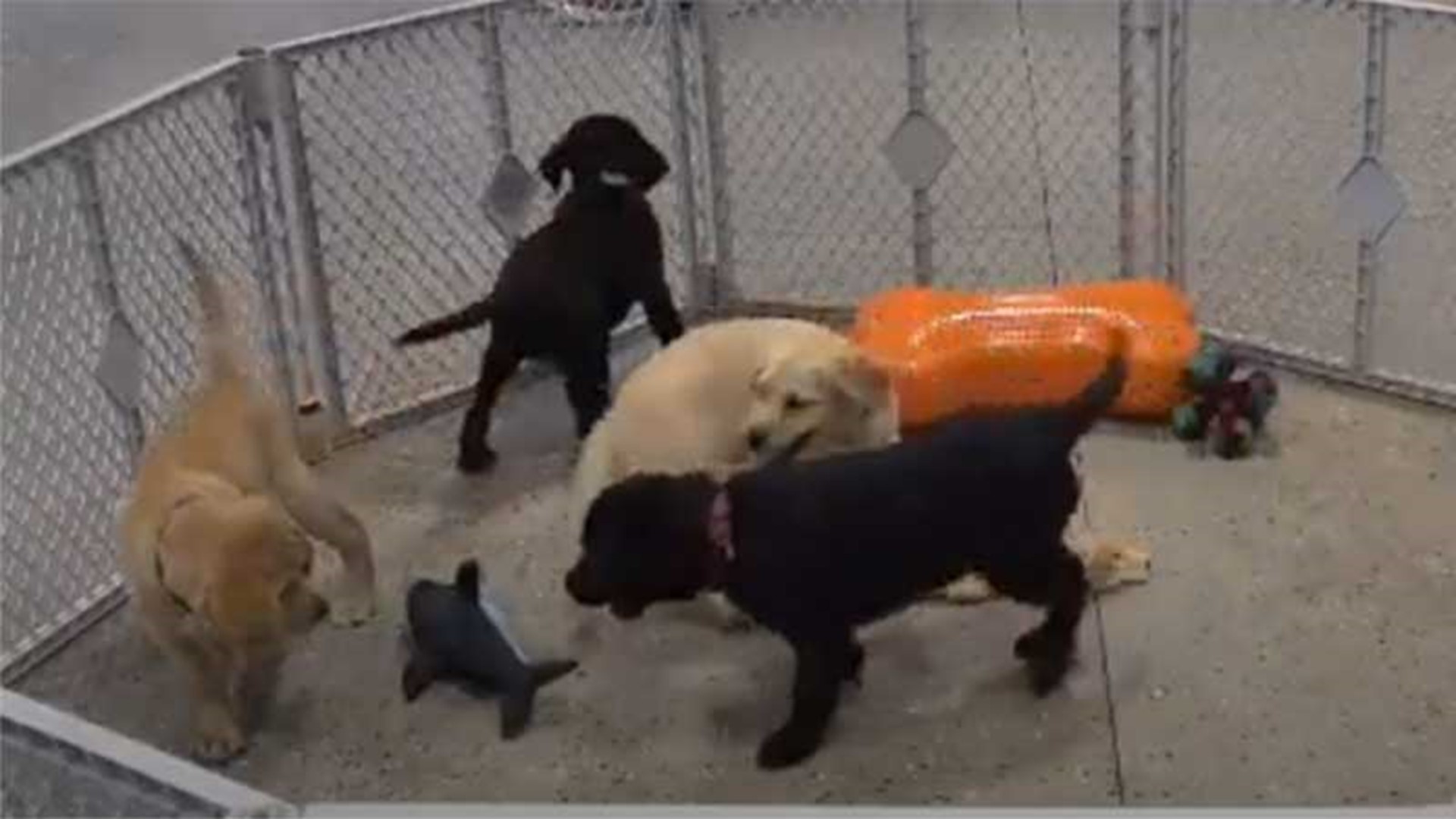 One year later and life is better than Jodie expected. Donna keeps his anxiety under control. Jodie said she's an extra set of eyes and ears.

“I can go out without issues," Jodie said. "I can go to the store if I need to. Donna is always there beside me.”

Not only is Donna a battle buddy, but she's a member of the family. She gets a birthday celebration, playtime and plenty of snuggles after a hard day's work.

“There was a time, for years, I really didn’t smile at all,” Jodie said. “Seeking this dog has literally changed everything for me, so it was well worth it.”

Of all the warriors and dogs across the country, these two were paired together by divine intervention. Jodie lives just outside of Houston and Donna was rescued during Hurricane Harvey. Jodie said her vet records show she was picked up with a gunshot wound. Together, they persevered and found a new 'leash' on life. 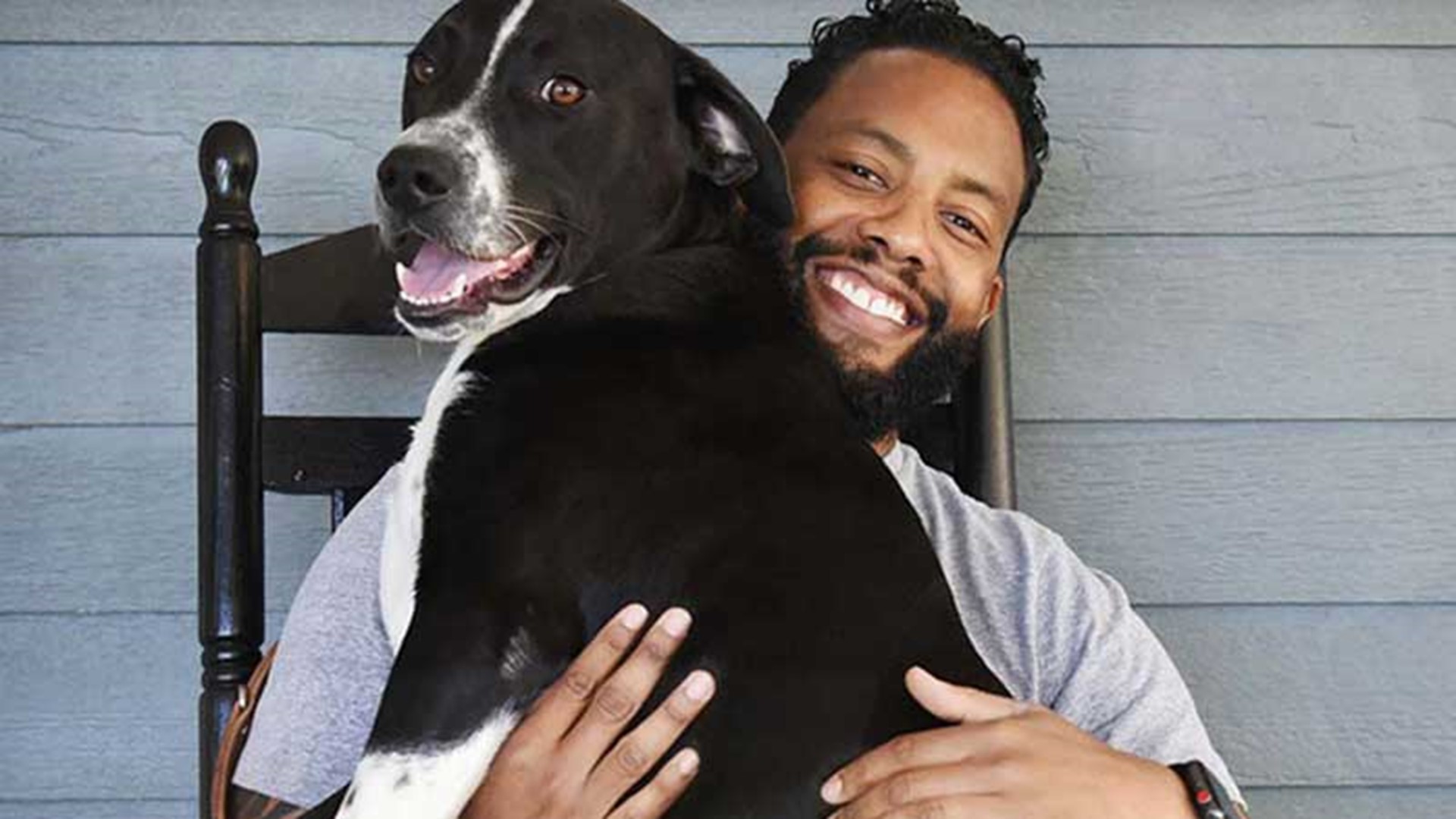 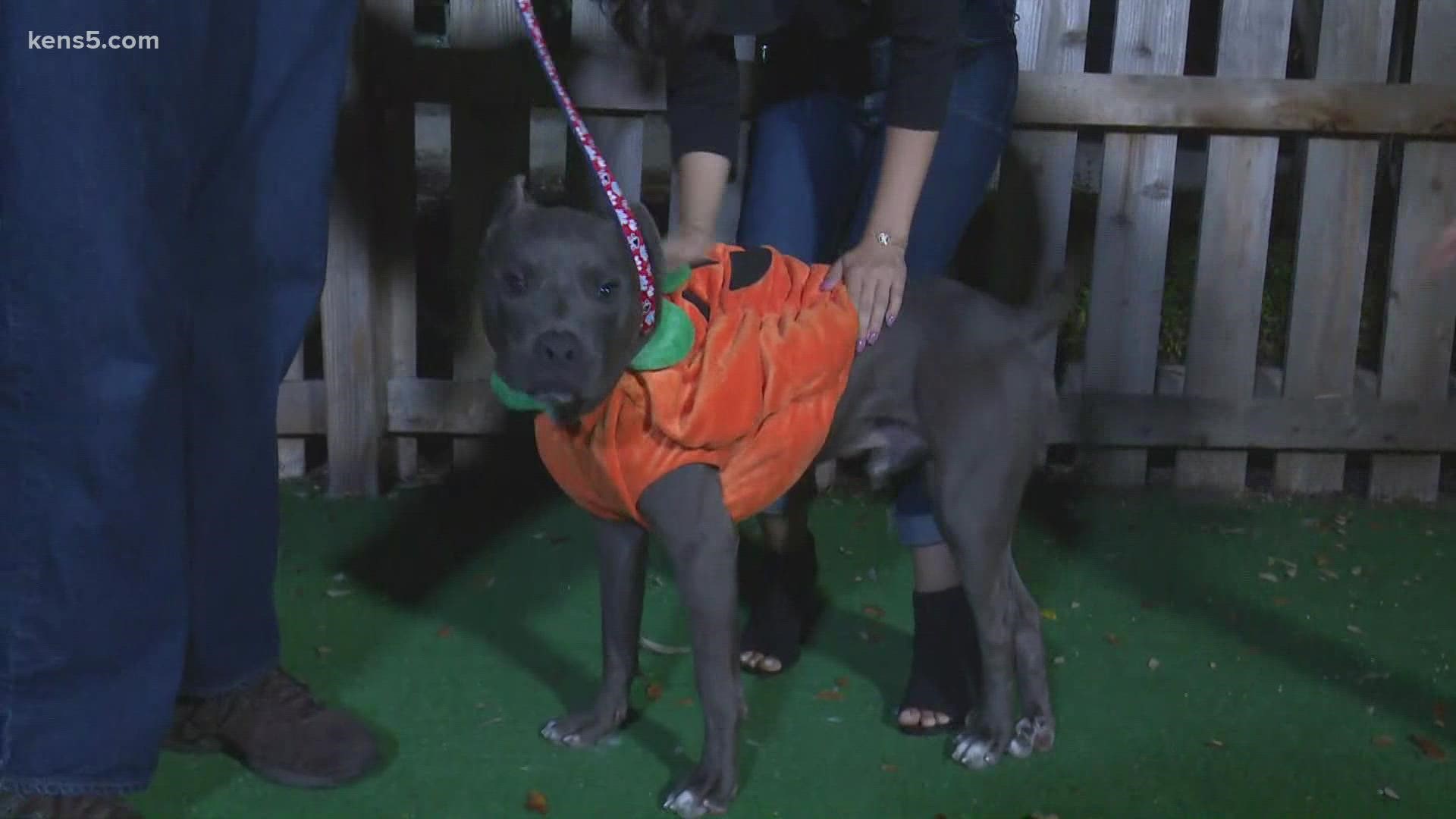 SO CUTE! Meet Baxter, a pup ready to be a pumpkin for Halloween 🎃🦴️