VetStrong wanted to ease his worries of coming home to a deserted apartment by giving a man who served his country the home and peace they say he deserves. 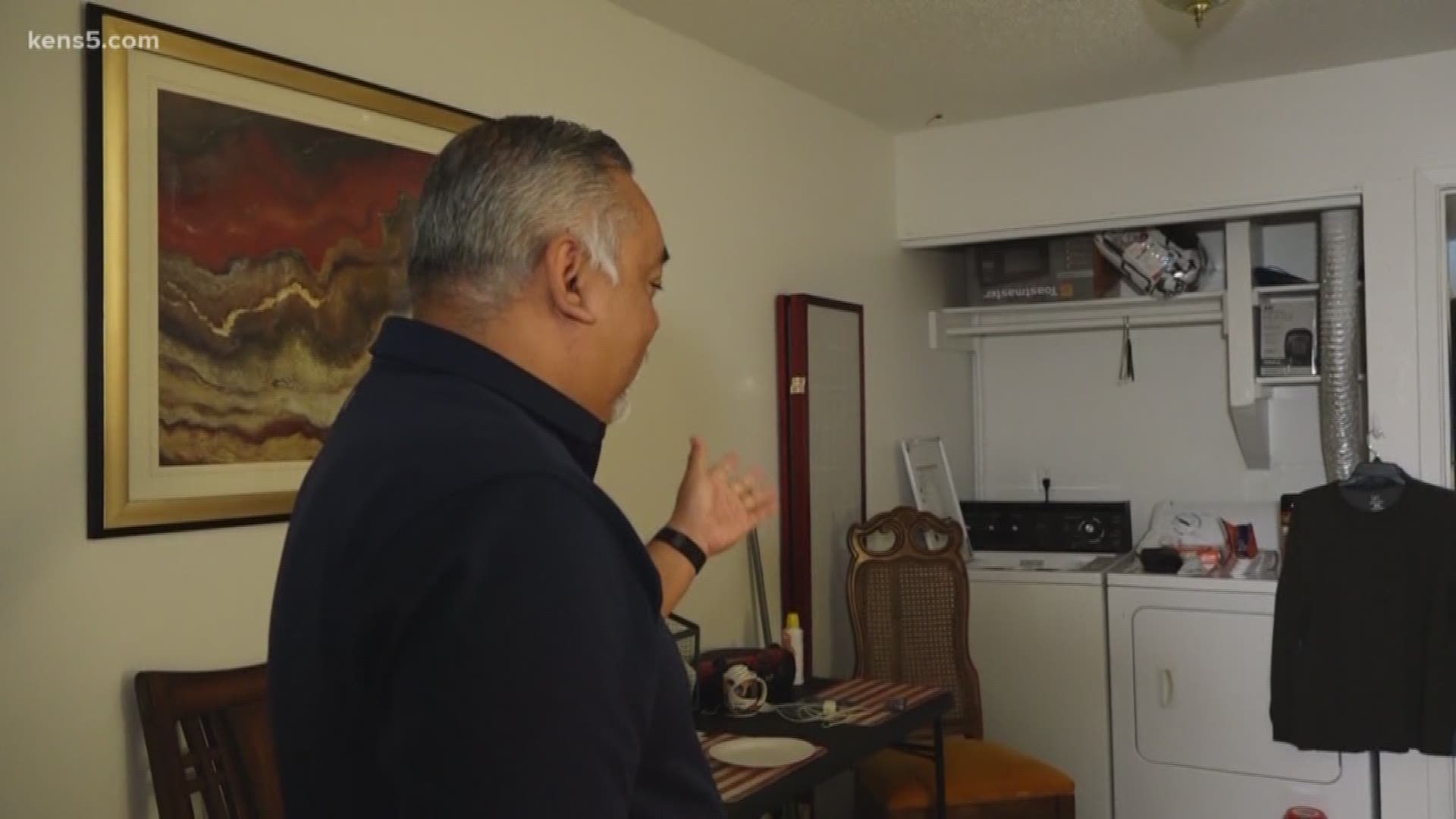 SAN ANTONIO — A local non-profit made a veteran feel at home after spending months in a San Antonio hospital. Just weeks ago, it appeared as if no one lived inside Robert Lopez’s apartment.

He said back in September he picked up the few belongings he owned and moved to San Antonio to be closer to his doctor. He said he never expected to spend five months at the hospital after a doctor’s appointment, leaving the apartment he wanted to someday call home deserted.

But just days before his release date from the hospital, volunteers with VetStrong got to work. The non-profit helps homeless and disabled veterans furnish their homes.

"Wow man, compared to all the empty walls, now it really does feel like a home," Lopez said.

The furniture and decorations used to furnish Lopez’s apartment were all donations from organizations and community members. Lopez said it would have taken him months to do what volunteers did in hours.

He said he served five years in the Navy, but became paralyzed after a car accident in his late 20s and lost a leg to diabetes.

"You got to worry about everything... You know, going down the ramp, transferring, bathing, clothing," Lopez said.

Gonzales said when VetStrong heard Lopez’s story, they wanted to ease his worries and provide him a place that felt like home and brought him peace.

"Keep on donating people, 'cause we could sure use it," Lopez said.