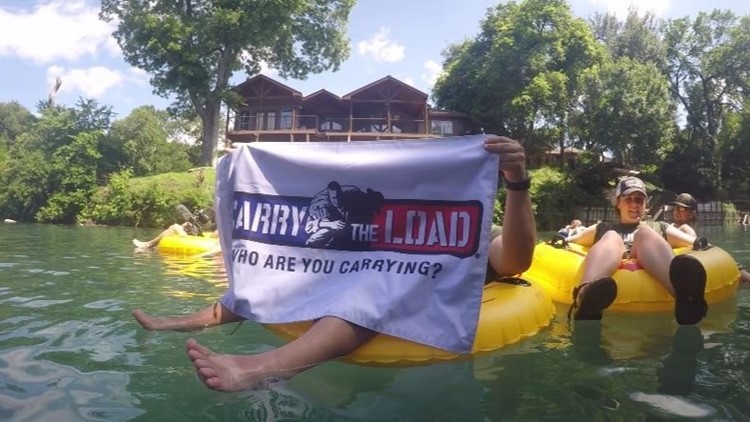 Tubing time! Carry The Load takes a break from pounding the pavement

The West Coast relay group honored fallen veterans before floating down the Comal River. This was the first time Carry The Load has added a tubing leg.
Author: Stacey Welsh
Published: 6:52 PM CDT May 22, 2018
Updated: 7:04 PM CDT May 22, 2018

NEW BRAUNFELS, Texas - The Carry The Load West Coast Relay team got some welcome relief from the heat and pavement along their cross-country journey Tuesday, and enjoyed some tubing time.

Some San Antonio supporters joined the core group that has traveled from Seattle. They will end their journey in Dallas just in time for a Memorial Day rally after 32 days on the road.

Carry The Load aims to spread the true meaning of Memorial Day by honoring fallen military members and first responders along the way. Relay participants carry memories with them as they walk, bike and tube.