A bug expert says stinging Tussock moth caterpillars seem to be everywhere - and the hairy creature can deliver a terrible sting. 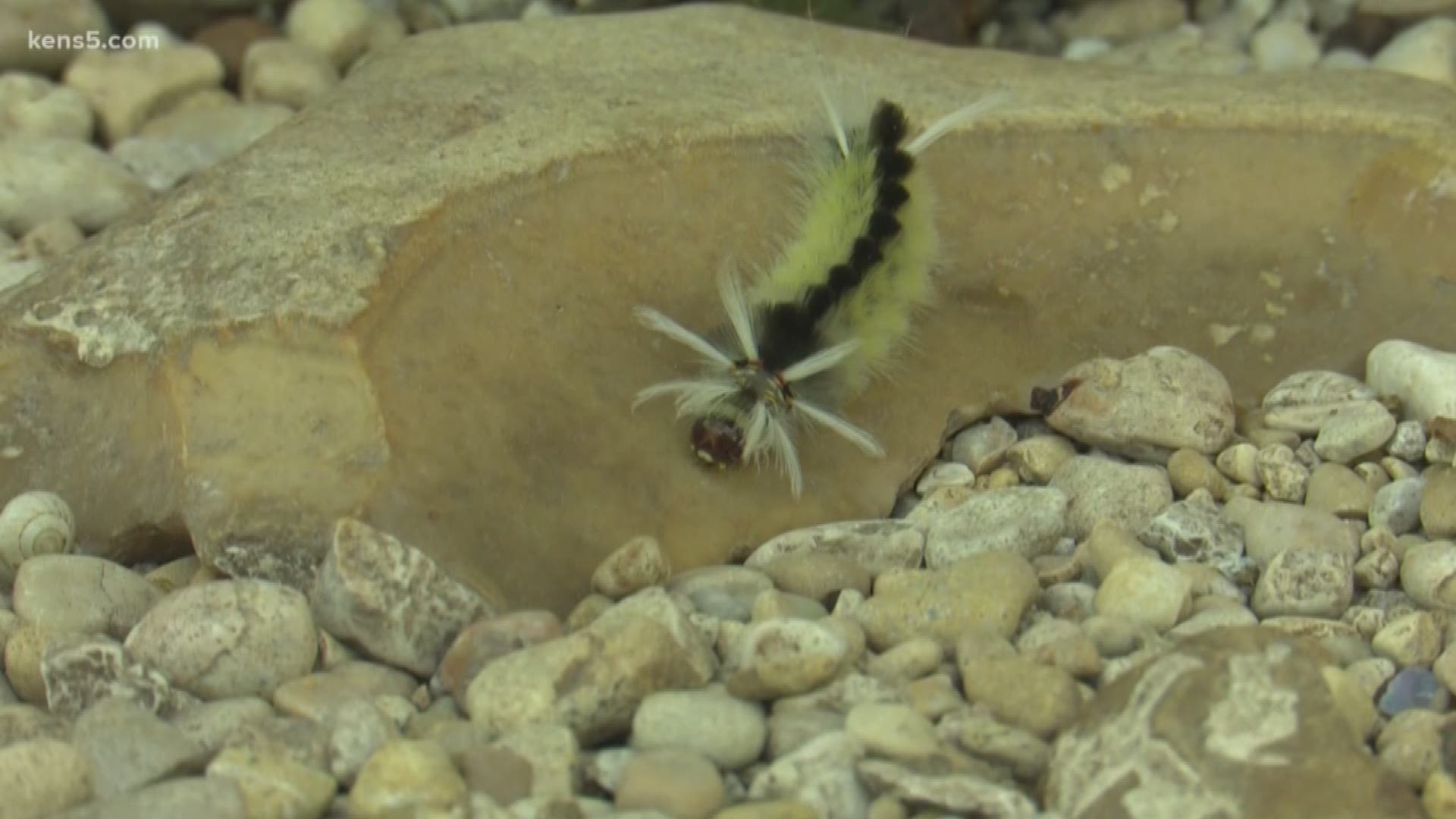 SAN ANTONIO — It is creepy, crawly caterpillar season in San Antonio right now, and because of recent rains, there are more of the pests than normal.

“Any insect or caterpillar that has a bunch of hairs that come out of it, they look that way for a reason, to warn their predators or us 'I'm going to hurt you!  Don't touch me,'” Keck said.

Jamie Calberg knows this first-hand after he woke up in the night with an allergic reaction after a caterpillar made it inside his apartment.

“In the middle of the night, one of these guys dropped from the ceiling, I think, into my bed with me," Calberg said.

The result, Calberg said, was an immediate eruption of angry red welts.

Keck said the reaction is from venom released from the animal’s fuzzy hairs.

“My rule of thumb is, if it's fuzzy, don't touch it.  At the minimum those hairs will just get into your skin and they have to work their way out and it's irritating and it's a nuisance at the minimum.  At the worst, you could have some anaphylactic reaction,” Keck said.

Keck said there are earth-friendly products to control the pests without killing friendly creatures.

“BT is Bacillus thuringiensis, it's a bacteria that when the caterpillar eats it, it gets a really bad upset stomach and it gets sick and dies,” Keck said, adding

“You're only going to hurt the caterpillars, but make sure you get the BT worm killer.”

Another choice, Keck said “Spinosad is another organic option. It's a little more nice to the environment.  It will knock these guys down no matter what size they are.”

Keck said other control methods include killing the caterpillars manually or limiting the plants they appear to be feeding on, but she said being cautious is the best insurance.

"If you know you're going to be pruning or trimming or doing yard work, just be careful where you reach because all it takes is just one contact with them and you could have a bad reaction," Keck said.

Because of the wet climate, Keck said eliminating more of the caterpillars now bodes well for later in the year.

“You want to reduce the population so that you don't have a bigger boom in the fall,” Keck said.