"Initially saw about 100 whales. A group of maybe 30 to 50 broke off and started following the boat," Captain Sam Hardeman said. 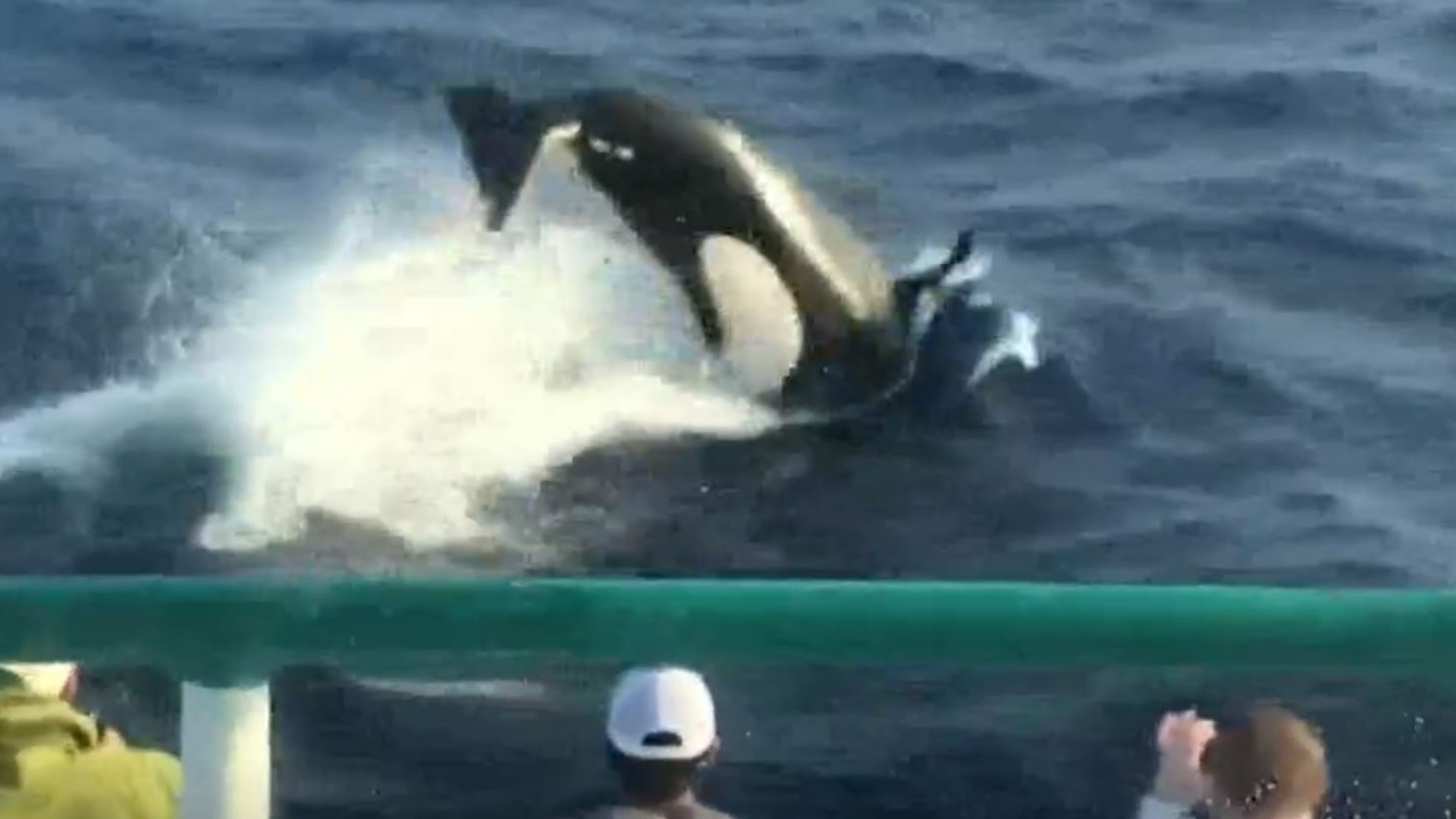 GALVESTON, Texas — It's probably one of the last sea creatures you'd expect to see off the coast of Galveston, but one lucky fishing group got up close and personal with a pod of orcas.

After catching 54 tuna and 280 snapper, it was an incredible overnight fishing trip aboard the New Buccaneer. But it was the ride home that they'll never forget.

"I was driving along, and I saw something off the port bow," Captain Sam Hardeman said.

They were about 100 miles off the coast of Galveston when Hardeman said it took a second to recognize what was right in front of him.

"We got closer, I thought it might be some pilot whales so I started to slow down," Hardeman said. "Before I knew it, the killer whales, they were just on us. It happened immediately."

Orcas in the Gulf just feet away from the boat.

"Initially saw about 100 whales, a group of maybe 30 to 50 broke off and started following the boat," Hardeman said.

They slowed down and whale watched for about 20 minutes.

"Seemed like they were having a good time," Hardeman said.

It was a surreal experience even for an avid fisher.

"I had no idea they were in the Gulf of Mexico," Hardeman said.

There is a small population of orcas in the Gulf, but Whittaker says actually seeing them is extremely rare.

"It's truly a blessing to be out there at the right time and the right place," Whittaker said.

Hardeman says the orcas eventually got bored and went away, but it was one of the best experiences an angler could ask for.

"I realize that I'll never see that again in the wild," Hardeman said.