ONE YEAR LATER: Why Sutherland Springs church members keep worshiping after the shooting

Even after 26 of their friends and family members were killed inside their church, four church members talk about their passion to move forward. 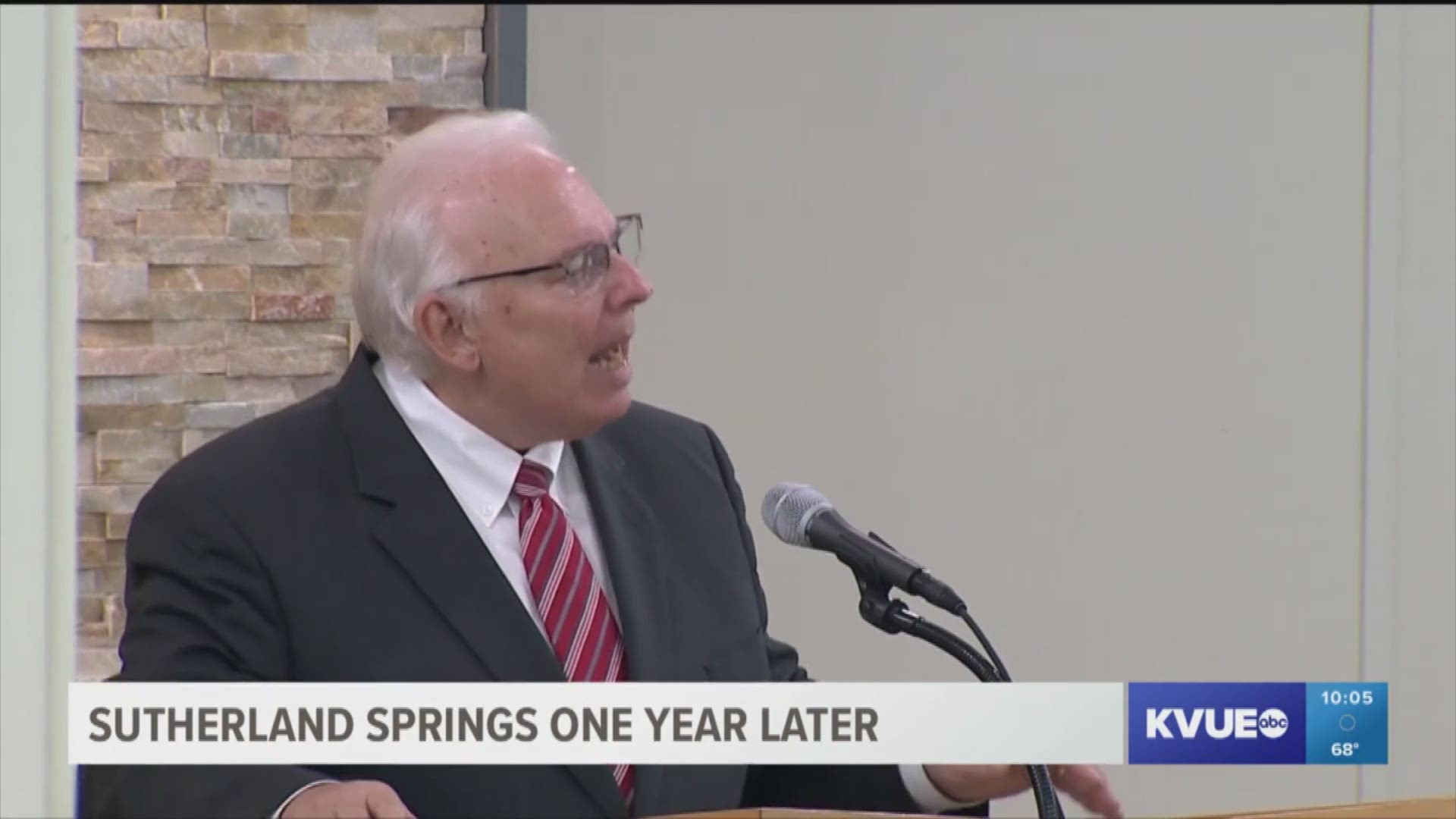 SUTHERLAND SPRINGS, Texas — If you picture a small country church, you will probably come up with something like the First Baptist Church in Sutherland Springs.

“You see this white, wooden, stained glass-windowed country church,” Julie Workman said. “That is the typical, I want to say 'billboard' country church.”

Julie Workman has been a member for years.

“It was the people and the family and the friends inside that kept you here,” she said with a smile.

Workman was inside the church with her son, Kris, on November 5, 2017.

“And when I looked at Kris, I saw the barrel of the gun,” Workman said.

She remembered hiding beneath pews to avoid gunfire and hearing church members cry out for people to take cover.

Debbie Braden did everything she could to cover her seven-year-old granddaughter.

“I saw bullet holes coming through the wall down near the floor,” Braden remembered. “And I’m pulling up Zoe underneath me more.”

Braden said she sang with Zoe in hopes of keeping her awake and alive.

“We sang 'Jesus Loves Me.' We were praying. I said, 'Jesus is going to take care of us, honey, we’re going to be ok,'” Braden said.

The gunman killed 26 people that day.

Braden’s husband, Keith, was one of them.

“And then coming home to an empty house and trying to figure out how I was supposed to live, how I was supposed to exist without my husband who was my world,” Braden said, as tears started to collect in her eyes, thinking about her husband of more than three decades who “had a heart bigger than Texas.”

Pastor Frank Pomeroy wasn’t at the church that Sunday. One of his daughters, Annabelle, was.

“I never doubted God, but I was spent,” Pastor Pomeroy said. “With everything that happened, I was just thinking, 'Here I am on like the rock bottom. My church is shot up, the pews are shot up, no building, my church is gone, my leadership is gone, Annabelle is gone, my wife’s an emotional case.'”

However, that’s not the spirit of the church members in Sutherland Springs.

“I feel as though God’s called me to shepherd the flock. The flock went through an incredible wolf attack, but you still had a flock,” Pastor Pomeroy said, hope exuding from his voice.

One year later, they continue to worship and praise God.

“Our friends, our family, dads, grandads, moms, grandmothers, daughters, sons, children, all those who may not be with us anymore -- the best way to honor them now is to trust Him as they did,” Pastor Frank said during a Sunday service.

The small sanctuary still serves as a memorial to the victims. The congregation gathers in a temporary sanctuary while a new church is being built on the property.

Regardless of where they worship, Pastor Pomeroy said the building isn’t what makes up a church.

“That building is concrete, boards and sheetrock. The church is right here,” Pastor Pomeroy said, pointing to his heart. “The church is the people. That temporary facility -- even the big, beautiful structure they’re building in the back -- it’s just stuff. The church is here.”

Workman, Braden and Colbath still continue to show up each Sunday, welcoming people with hugs and “how are you’s.”

“Those people were my family, and still are,” Braden said.

Workman is a children’s leader and sings with the praise team every Sunday.

“Our music minister in a wheelchair, it doesn’t stop him at all,” David said. “He’s just as joyful, wanting to spread God’s word as anybody else.”

The music minister is Workman’s son, Kris. A shot to the spine put him in a wheelchair, but each Sunday, he sings songs of worship with a smile on his face and strength in his voice.

Kris’s strength is echoed by the body of the church.

Sundays are filled with hands in the air and voices lifting up God’s name.

“We’re still praising God, we’re still focusing on God and know that’s where we’re supposed to be and what we’re supposed to do as a church,” Braden said. “And the growth is what God wants. We need to get out there and share the word and let people know, 'Hey, Christ is the only answer.'”

Their faith keeps them moving forward each day.

“If I didn’t have my faith, I don’t think I would have gotten through it,” Braden said. “It’s just one of those things. I just don’t know how people do it without knowing that God is there with them.”