Man dies after crash on Highway 281, bystander hit by car while trying to help, BCSO says

A bystander who was trying to help the driver of the pickup, who was injured on the ground, ended up getting hit by a car. 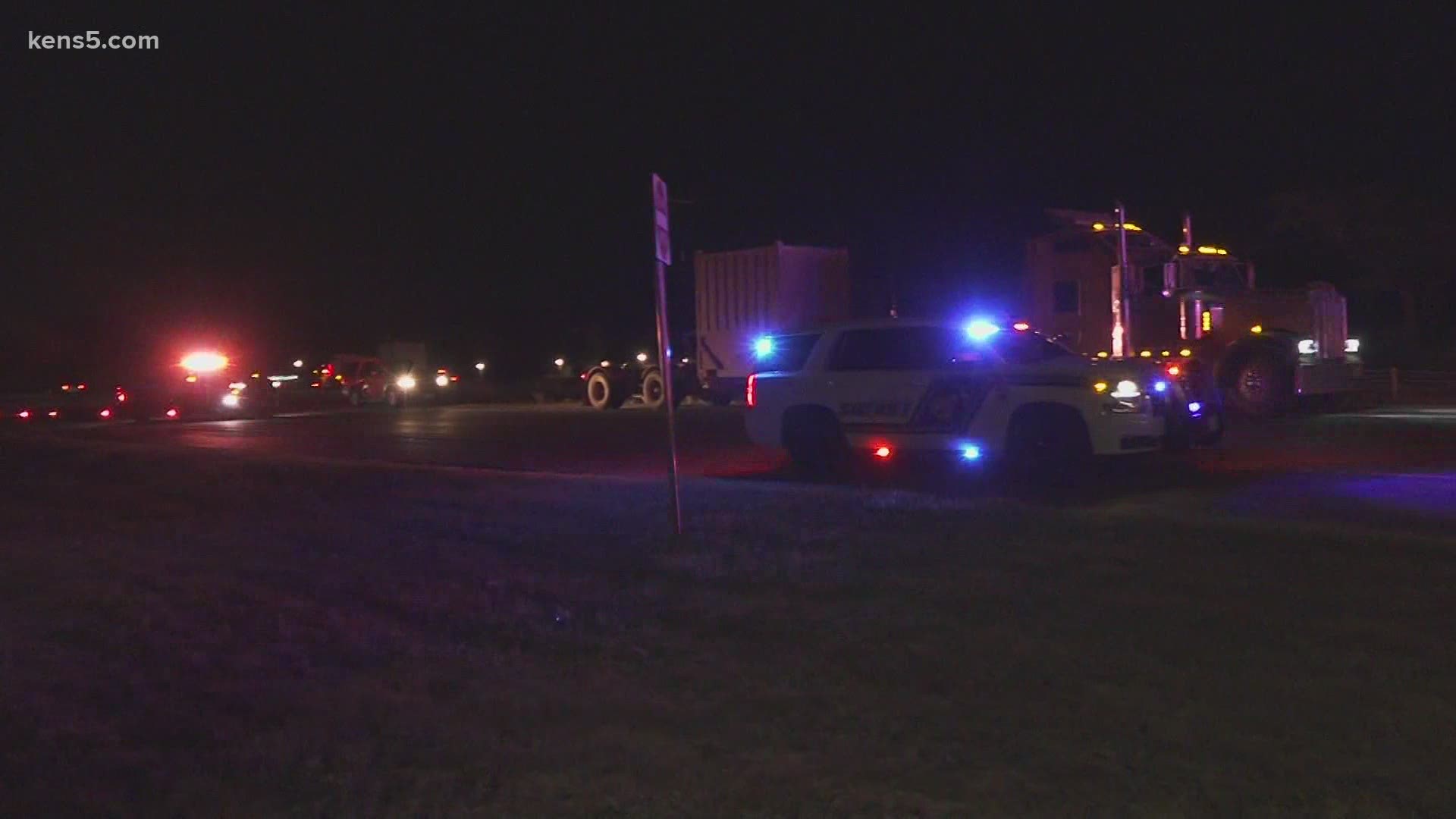 SAN ANTONIO — One person died after being airlifted to a hospital and another person was hit by a car in a Saturday night crash in Bexar County.

At around 9 p.m., Bexar County Sheriff's Office, Acadian EMS and the Emergency Services Division responded to U.S. Highway 281 and Mogford Road to reports of a major accident.

BCSO said a man was possibly ejected from his pickup truck after rear-ending an 18 wheeler.

A bystander who was trying to help the driver of the pickup, who was injured on the ground, ended up getting hit by a car.

The driver of the pickup truck, identified as Jellmer Santos Garcia, was airlifted to University Hospital in critical condition and later died. Three other people were transported to other hospitals in stable condition, BCSO said.

BCSO said it is unclear if alcohol played a role in the accidents.