Have you seen this man? He's accused in the shooting of a woman at a Subway 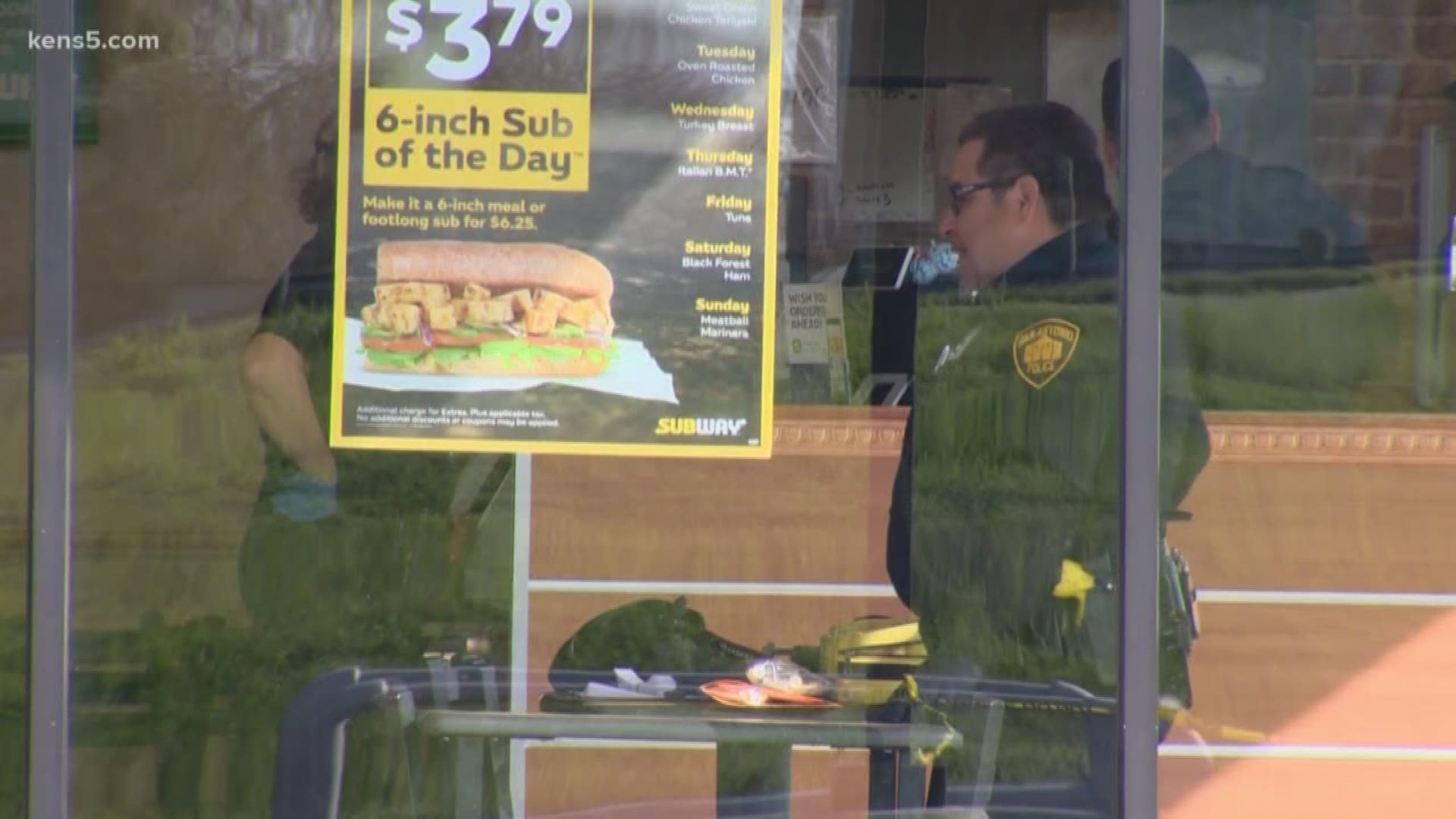 SAN ANTONIO — One person was taken to the hospital with a gunshot wound following an incident on the southeast side this morning, according to an official with SAPD.

The suspect has been identified as 42-year-old Andrew Munoz, police say.

Officers were called out to a Subway restaurant in the 11600 block of SE Loop 410 around 8 a.m. for a shooting in progress.

At the scene, officers found a woman in her 40s with gunshot wounds.

Those who own businesses in the area have been cooperating with investigators and sharing what they know about the victim, according to a spokesperson with SAPD.

It is unclear at this time what led up to the shooting.

The location will be closed for evidence gathering for the next couple of hours.

The victim was taken to a nearby hospital in serious condition and is in surgery at this time, per an SAPD spokesperson.

This is a developing story and will be updated as we gather more information.