One migrant dead, one discharged from hospital with minor injuries after being run over by Border Patrol agent on King Ranch, officials said

U.S. Customs and Border Protection officials said the agents at the scene did not know anyone had been run over until being informed by one of the victims. 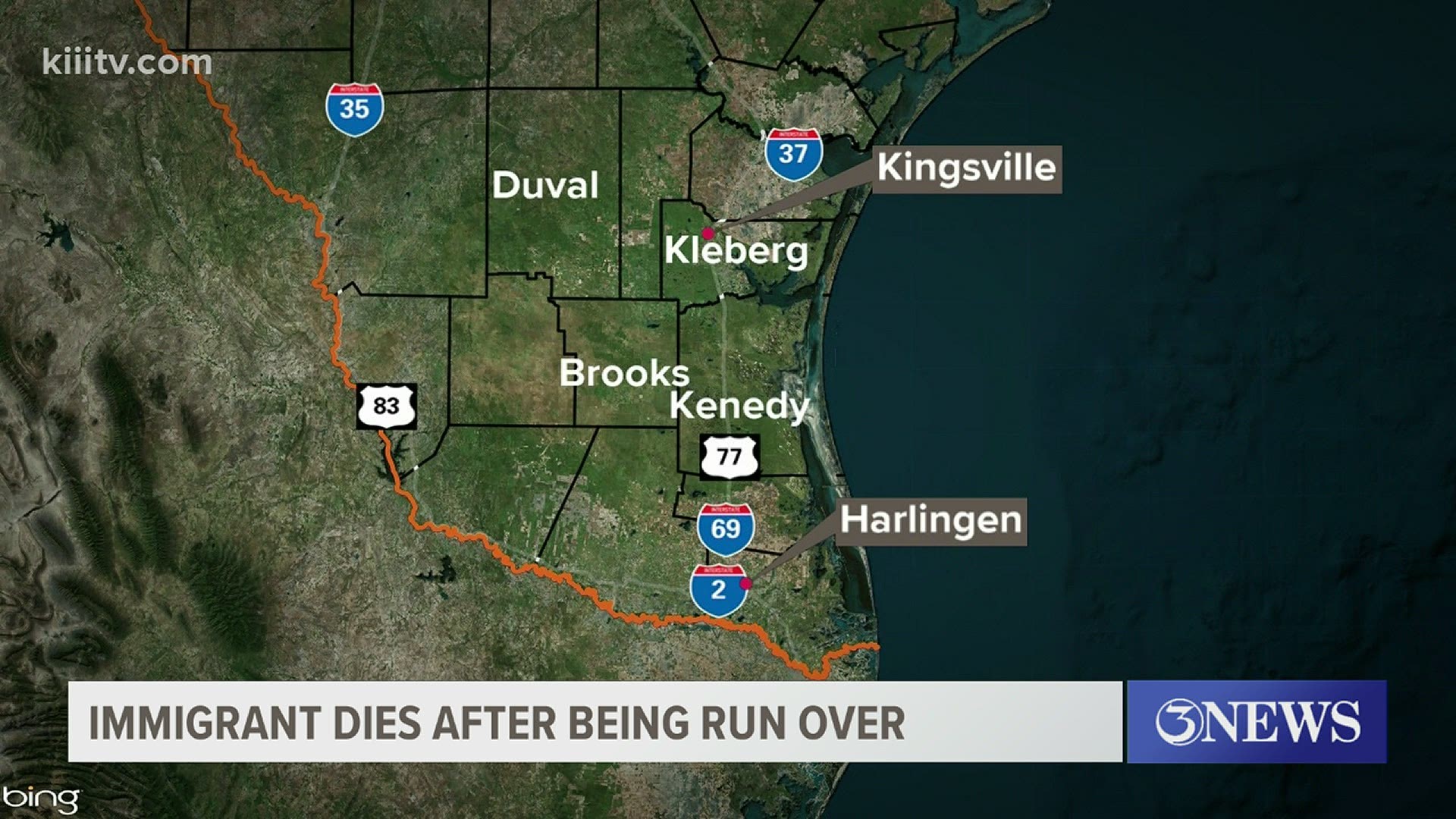 KINGSVILLE, Texas — A Honduran national died Friday and another was taken to the hospital after being run over by a Border Patrol Agent in Kenedy County, a statement from U.S. Customs and Border Protection said.

Investigators were at King Ranch looking into a possible case of human smuggling when they saw fresh footprints which they believed to be from migrants passing through the area, the statement said.

While searching through an area with "extremely thick and tall grass," two groups of migrants came out of the brush and were taken into custody, officials said. A third group that was hiding in the tall grass let agents know of two people that had been run over during the search, the statement said.

Agents found the first victim who told them that there was another victim nearby. The victim said he and the other person had been run over by a Border Patrol vehicle while they were hiding in the grass, the statement said.

U.S. Customs and Border Protection officials said the agents at the scene did not know anyone had been run over until being informed by one of the victims.

One person died at the scene. The other was taken by air ambulance to Harlingen. He was discharged the same day.

The Department of Homeland Security Office of Inspector General was notified of the incident. This Kenedy County Sheriff’s Office (KCSO) and CBP Office of Professional Responsibility (CBP OPR) both responded to the scene and are reviewing this incident.