One dead, two injured after car crash on northwest side

Police said a 23-year-old man was driving a silver pickup truck on Culebra at a high rate of speed when he lost control of the vehicle. 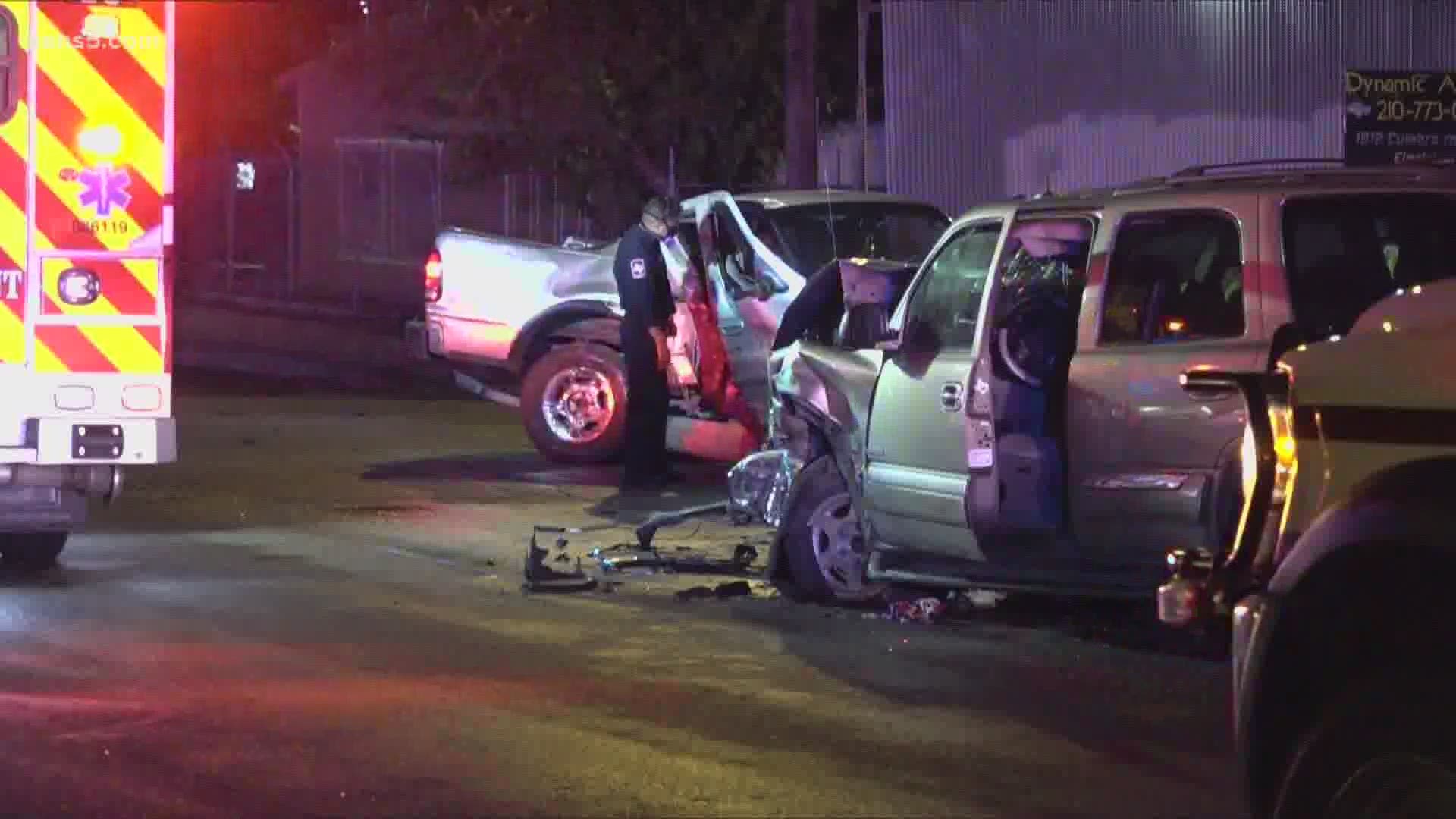 SAN ANTONIO — One person is dead and two were taken to a hospital after a car crash on the city's northwest side, San Antonio police said.

The incident happened around 11:45 p.m. Friday on Culebra Road and Rouse Avenue.

Police said a 23-year-old man was driving a silver pickup truck heading westbound on Culebra at a high rate of speed when he lost control and drove into the opposing traffic lane. He crashed into a taxi and then an SUV.

The 23-year-old was given CPR but was pronounced dead. The two other drivers were taken to local hospitals in stable condition.