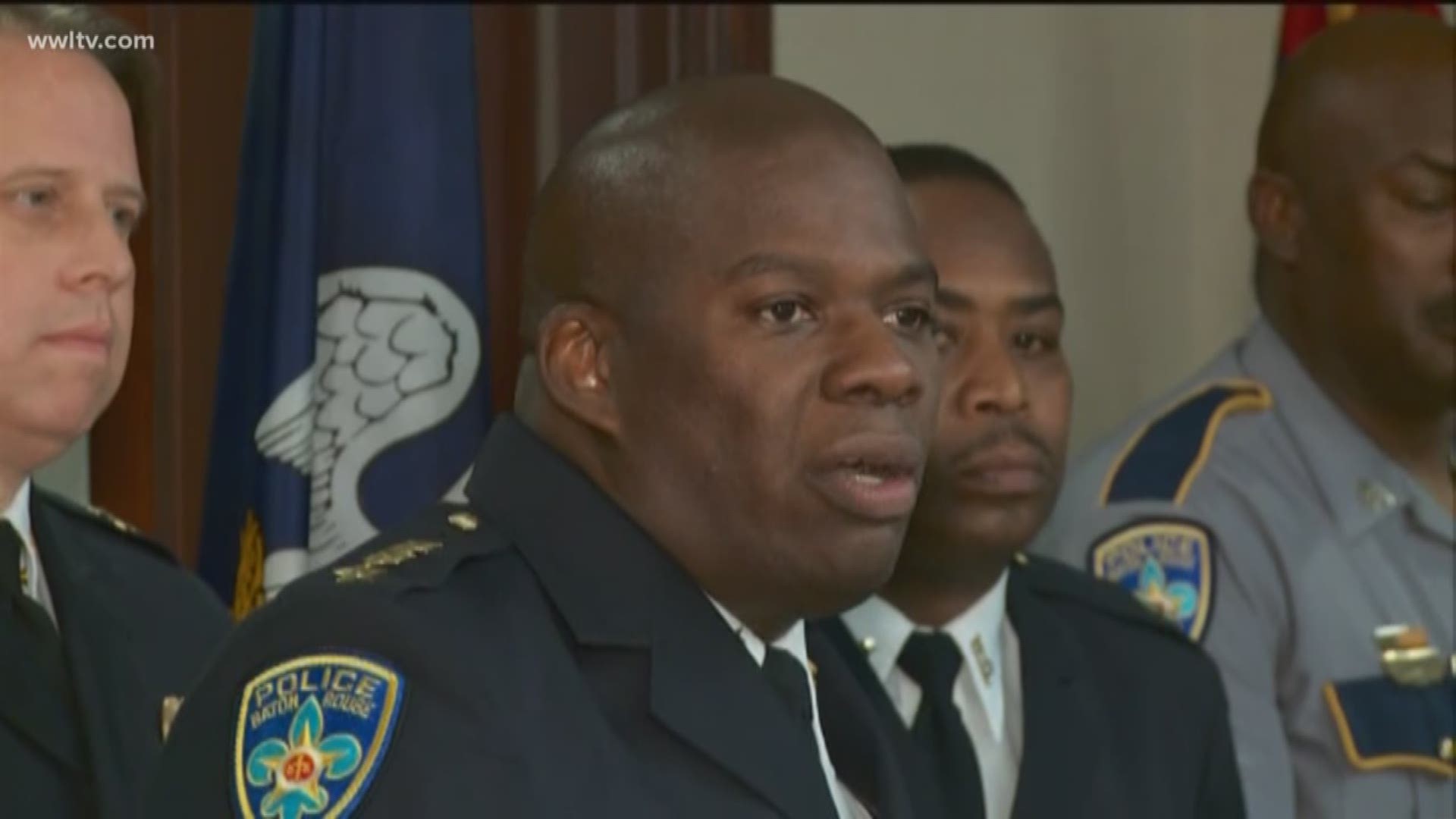 BATON ROUGE – Newly-released body cam video from the officer who shot and killed Alton Sterling during a brief struggle nearly two years ago shows him almost instantly begin shouting at and threatening Sterling before he fired the six fatal shots.

The release of the video followed the announcement that Officer Blane Salamoni, who shot Sterling three times in the back and three times in the chest, had been fired and that his partner, Officer Howie Lake, would be suspended three days.

"There was no value on Mr. Sterling's life by Blane Salamoni," Chris Stewart, an attorney for Sterling's children, told reporters a short time after the videos were released.

"The most obvious thing that stands out is Alton wasn't fighting back at all," Stewart said. "He's trying to defuse it the whole time."

Bodycam video that is said to be from a camera worn by Salamoni shows the officer quickly move to the area where Sterling was already talking to another officer. Salamoni appears to quickly take over the situation and almost immediately begins shouting vulgarities and threats at Sterling.

WARNING: The video below was provided by BRPD and is said to be the body cam video of Officer Salamoni. It has all of the audio unedited. It contains profanity. In addition, the video is of the shooting of Mr. Sterling and may be disturbing to some.

Salamoni then orders Lake to hit Sterling with a stun gun shot and it sounds like he does so, Sterling doesn't seem to be physically fazed by it. "Pop him again, Howie!" Salamoni shouts. Sterling continues to ask what he did.

Just seconds later you hear one of the officers yell that there's a gun, and then you hear three shots... they yell at him to get down, and then there are three more shots.

The officers responded to a report of a man harassing a customer at the Triple S convenience store in July 2016. The confrontation between Salamoni and Lake escalated to the point where Sterling was fatally shot six times -- three times in the chest and three times in the back -- at close range in the chest in a 90-second window.

Baton Rouge Police Chief Murphy Paul Jr. seemed at times during a Friday afternoon press conference to chide officers who react to calls with an overstated amount of fear and he pleaded with the public to listen and follow directives from officers when you encounter them.

Paul said he spent a great deal of time on the decision to discipline the officers. He said that both officers were present at a hearing Thursday night at which time they were questioned about procedures at the scene that night. He said that Officer Howie Lake answered all the questions, but that Salamoni, under advisement from counsel, did not answer any questions.

Paul said Salamoni violated the use of force and temperament policies.

“We ask that you keep both officers and their families in your prayers.”

Louisiana Attorney General Jeff Landry on Tuesday announced he would not prosecute Salamoni or Lake, echoing a similar decision from the U.S. Department of Justice last year when it announced it would pass on prosecution.

Both agencies said there was nothing to show the officers “willfully” violated Sterling’s civil rights.

Stewart, the Sterling children's attorney, described Landry's investigation as "crap" and said the decision to not charge the officers was politically motivated.

The officers had been on paid administrative leave since the shooting.

“It was the right decision,” Paul said of his decision to fire Salamoni and suspend Lake. “Make no doubt about it.”

Alton Sterling BRPD investigation Part I by WWLTVWebteam on Scribd