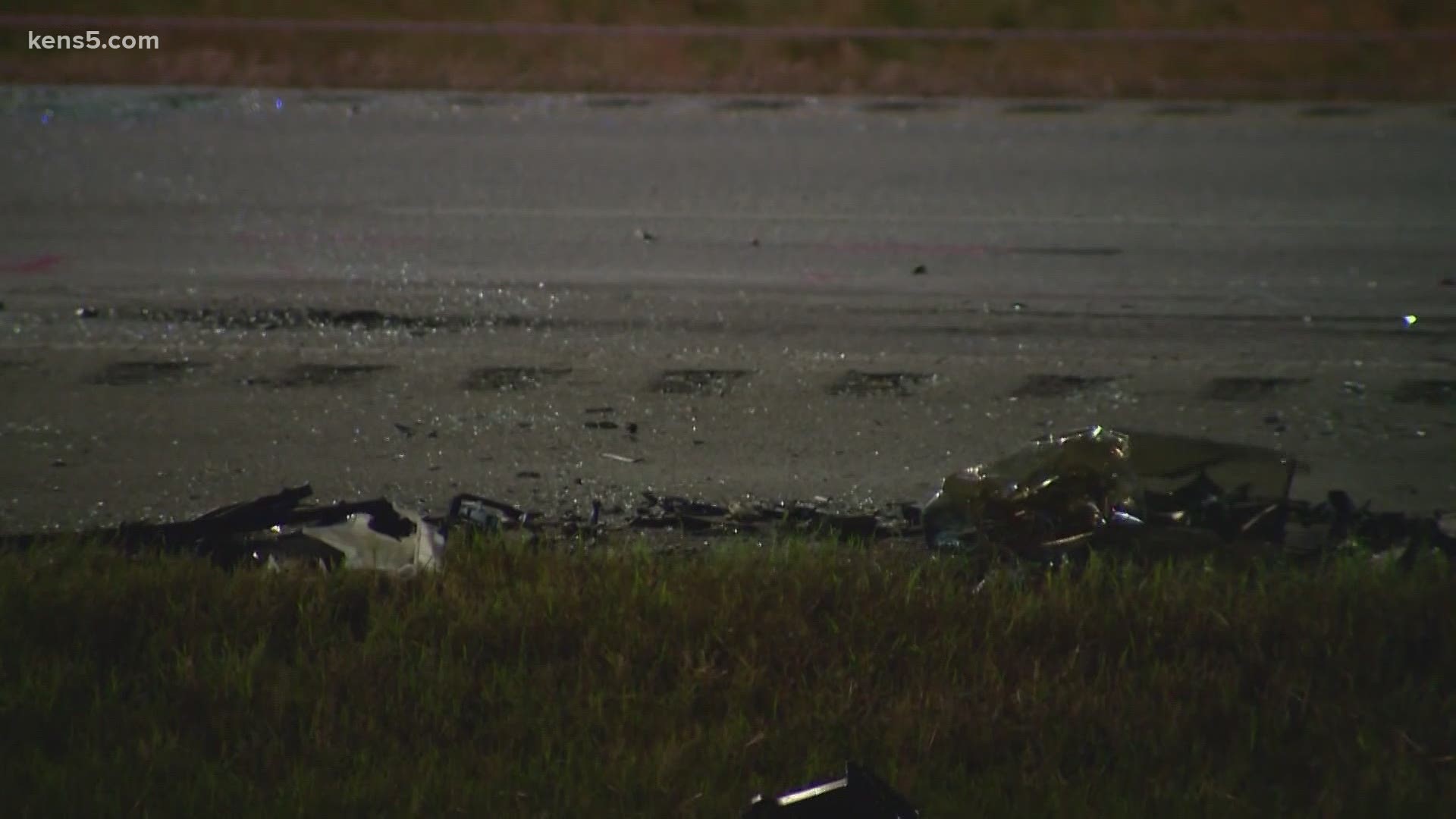 SAN ANTONIO — A nurse on his way home from work was killed in a crash Christmas Eve with a wrong-way driver San Antonio police believe was intoxicated.

Jay Mejia, 33, died in one of two deadly crashes police said were caused by 26-year-old Alejandro Montoya Rodriguez. According to police, Rodriguez was going Westbound in the Eastbound lanes of Southeast Loop 410 early Thursday morning.

According to police, Rodriguez first caused a driver to drive underneath an 18-wheeler trailer, killing the driver. That driver has not been identified. Rodriguez, police said, continued to drive the wrong way down the highway, causing two more crashes — the last involving Mejia.

Police said Rodriguez hit Mejia’s truck head-on, causing it to roll over and land in a median. Rodriguez and his passenger were able to get out of the car before it caught fire. Authorities said he was taken to University Hospital, where Mejia worked as a nurse and was booked on two charges of intoxication manslaughter.

Mejia’s brother and sister-in-law said learning the circumstances surrounding his death has made it all the much harder to bear.

“Somebody that was serving their country, somebody who was serving sick people, the community,” said Maria Mejia, Jay Mejia’s sister-in-law. “Always serving and helping others — that's what you took away from this world that we live in today where we need people like my brother in law.”

Jay Mejia’s brother, James Mejia, said he had recently talked to his brother who was excited to give him his gift.

“He kept saying,' I got something for you. You're going to love it,’” James Mejia said. "And still, right now, I don't even know what he was talking about.”

The couple, who has been married for more than two decades, said Jay was always at their house, seeking advice, enjoying their company.

“This is what we're going to miss the most,” Maria Mejia said. “Because we always knew that we could count on him being here. And we loved him being here."

The pair said they were proud of Jay Mejia’s numerous accomplishments — from enlisting in the Air Force to serving as a healthcare worker on the frontlines during a global pandemic. Jay Mejia leaves behind two young sons, one only seven months old.

“The person that they took away was somebody that that mattered,” James Mejia said of his little brother. “You know, somebody that made a difference.”

The Mejia family said they will still celebrate Christmas, but this year will be spent remembering Jay Mejia.

“This day is going to be with us forever,” Maria Mejia said.

Mejia's services, including visitation, military honors and a memorial, will be held on January 3.