As of Saturday, 471 inmates at the Dominguez State Jail were sick with coronavirus, while 13 had recovered. 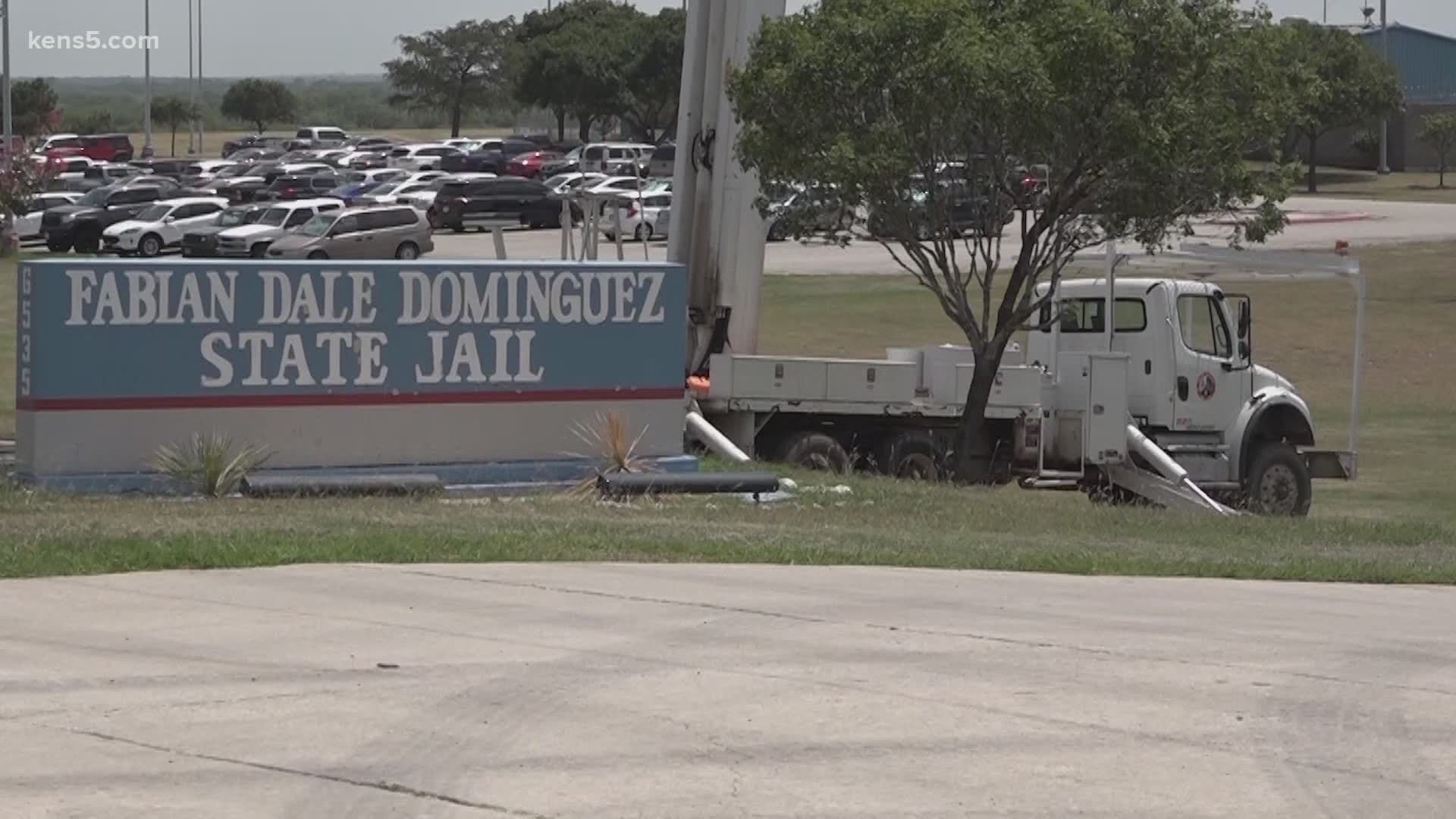 SAN ANTONIO — A local politician is getting involved after nearly 500 inmates at the Dominguez State Jail on the city's west side tested positive for coronavirus.

The prison sits inside Texas House District 117, represented by democratic State Rep. Philip Cortez. Cortez said he learned of the outbreak at the prison from a KENS 5 news report featuring families of inmates at the prison sharing their concerns.

"The percentage of the population that have it right now in Dominguez is unacceptable," Cortez said.

Currently, nearly 500 inmates have tested positive for the virus and one inmate died after contracting the virus. Families with loved ones at the state jail said they are relying on handwritten letters for updates on their health and living conditions because calls have been restricted due to a lockdown at the detention facility and because visitation has been suspended since March.

"That's very hard for me to deal with because we don't know when we're gonna see him again," said Jamie Hernandez, whose husband is serving a 10-year sentence for drug charges. "We don't know when he's gonna be able to call."

Reports of the outbreak and phone restrictions concerned Cortez, who said he contacted the executive director of the Texas Department of Criminal Justice this week to ask for answers.

"One action item is stronger communication lines with me, but also more importantly, with the loved ones and family members of those inmates that are currently battling coronavirus, there in Dominguez," Cortez said. "That's the most important thing."

Cortez said the executive director has agreed to provide his office with weekly briefings about the situation at the prison, including whether inmates are in intensive care or on ventilators. He added that TDCJ officials said they would look into their policy on phone calls during lockdowns.

Cortez said while he believes TDCJ is taking the virus seriously, he encourages families with concerns about their loved ones serving time at Dominguez State Jail to contact his office.

"We will continue to work with any family member that contacts our office," Cortez said. "We ask them to call our office if there's something we can do to address any of their loved ones or any other inmates concerns."

Families of those incarcerated at Dominguez State Jail said they are also concerned over the triple digit temperatures in San Antonio, noting that their loved ones are often without AC.

Cortez said when he last toured the detention center, it was not fully outfitted with air conditioning.

"These 104 temperatures that we're expecting over the weekend, I wouldn't want any person to be dealing with that here in Texas," Cortez said. "And so, yes, I would advocate and support ensuring that all of Dominguez has something as basic as air conditioning."

Relatives of those incarcerated at the facility said while they planned on protesting outside of the detention center to demand better conditions and communication, they ultimately decided against it out of fear of making things worse for their loved ones.

"There is a rule of law in place to punish those that have committed crimes," Cortez said. "However, that doesn't make them any less of a human being."

RELATED: Coughing in the time of coronavirus could be criminal

RELATED: She didn't sign into a Zoom call, so a judge issued a warrant for her arrest.