Man who died after being shot by Mesquite police was father of 4, had a mental illness, family says

Police said officers were responding to a reported domestic dispute and opened fire after the man reportedly 'charged at officers, armed with a knife and a club.' 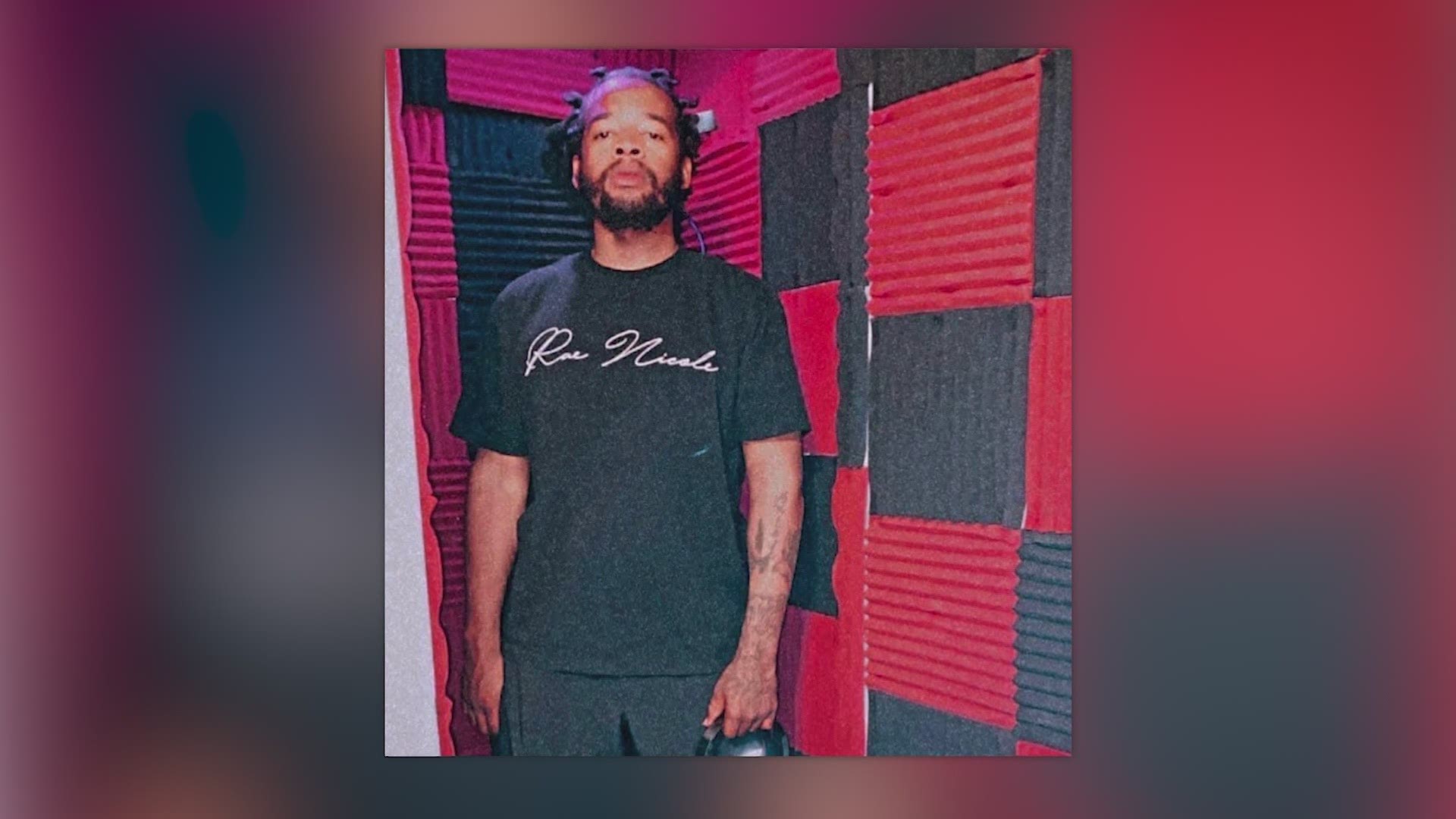 MESQUITE, Texas — This story will be continuously updated as WFAA receives new information.

A man was shot by a police officer Tuesday morning in Mesquite, a police spokesperson said. That man, identified as 27-year-old Ashton Pinke of Dallas, later died.

The shooting happened sometime shortly after 7:45 a.m. when officers were dispatched to an apparent domestic violence situation and 911 hang-up call at the Audubon Park Apartments on the 5800 block of Northwest Drive. Dispatch traced the number to an address where police had responded numerous times before, according to officials on scene.

Dispatchers could hear screaming and the sounds of a struggle in the background on the call before it hung up, according to the spokesperson.

When officers arrived to the complex, police said they were contacted by a victim who told officers that a man was armed with a knife, according to a release from Mesquite Police.

Shortly after, police said they encountered the man in question - identified as Pinke - at the side of the apartment building who they said then "charged at officers, armed with a knife and a club."

Mesquite Police said officers rendered first aid to Pinke before first responders took him to a local hospital for treatment. He was initially listed in critical condition but later died, police confirmed during an 11:30 a.m. briefing at the scene.

First responders also treated the victim, who they said had been assaulted.

Neither officer was hurt during the shooting, police said.

WFAA's Rebecca Lopez was there during the police update. She said police would not initially say whether police perceived Pinke to be a threat before shooting; the officers were being questioned at this time.

Family members who spoke to Lopez and WFAA's Demond Fernandez at the scene said that Pinke - who family said was a father of four - was known to police because of a history of mental health. However, it's unclear if the officers who responded knew that. The family added they were "stunned" by the shooting, and want to know exactly what kind of threat he posed to officers.

"It's not equal force," Pinke's uncle said. "A walking stick - he got to run up to you. You're fighting with bullets. That's distance. You're winning. You can't - you can't win against a gun."

Credit: Attorney Justin Moore
Ashton Pinke, 27, pictured in a photo provided by Attorney Justin Moore. Pinke was shot by Mesquite Police May 4 while officers responded to a 911 hang-up call that they said stemmed from a domestic dispute. Pinke's family said the father of four suffered from a mental illness, which should have been known by police, who had come in contact with him before.

One witness told WFAA on scene that they saw Pinke with a walking stick - one his family said he uses daily - before the shooting. However, police would not say whether he had anything else beyond that.

The resident, who asked we not identify her, said she was standing nearby when Ashton Pinke was shot. She described hearing 4 shots fired and running to her balcony to see what was happening.

WFAA asked whether officers were equipped with any non-lethal weapons - like tasers. A Mesquite police spokesman said the department does have tasers, it is optional whether police carry them. It's unknown whether the officers who fired had non-lethal weapons on them at the time of the shooting.

Local activists are calling for Mesquite Police to release body camera footage of the situation in an effort for "complete transparency.” Police said that that footage is being reviewed at this time and will be released to the public later this week.

Pinke's family has now retained civil rights Attorney Justin Moore to represent them, according to a statement from Moore's firm. Moore claimed that witnesses said the situation "should have been a mental health welfare check."

"Unfortunately, the lack of a proper response by the Mesquite Police department ended in Asthon being shot and killed," the statement said. "By all accounts, Ashton was not armed with a gun or deadly weapon to justify the use of lethal force by officers on the scene. My office is committed to investigate any and all civil rights claims for Ashton's family, while demanding full transparency in any and all investigation that will be conducted by law enforcement going forward."

Meanwhile, both officers have been placed on administrative leave with pay while the investigation continues. They have 72 hours to give a statement about what happened.