"It's not just making the money from the medals but the fear that we would potentially even lose money by not being able to sell them at all." 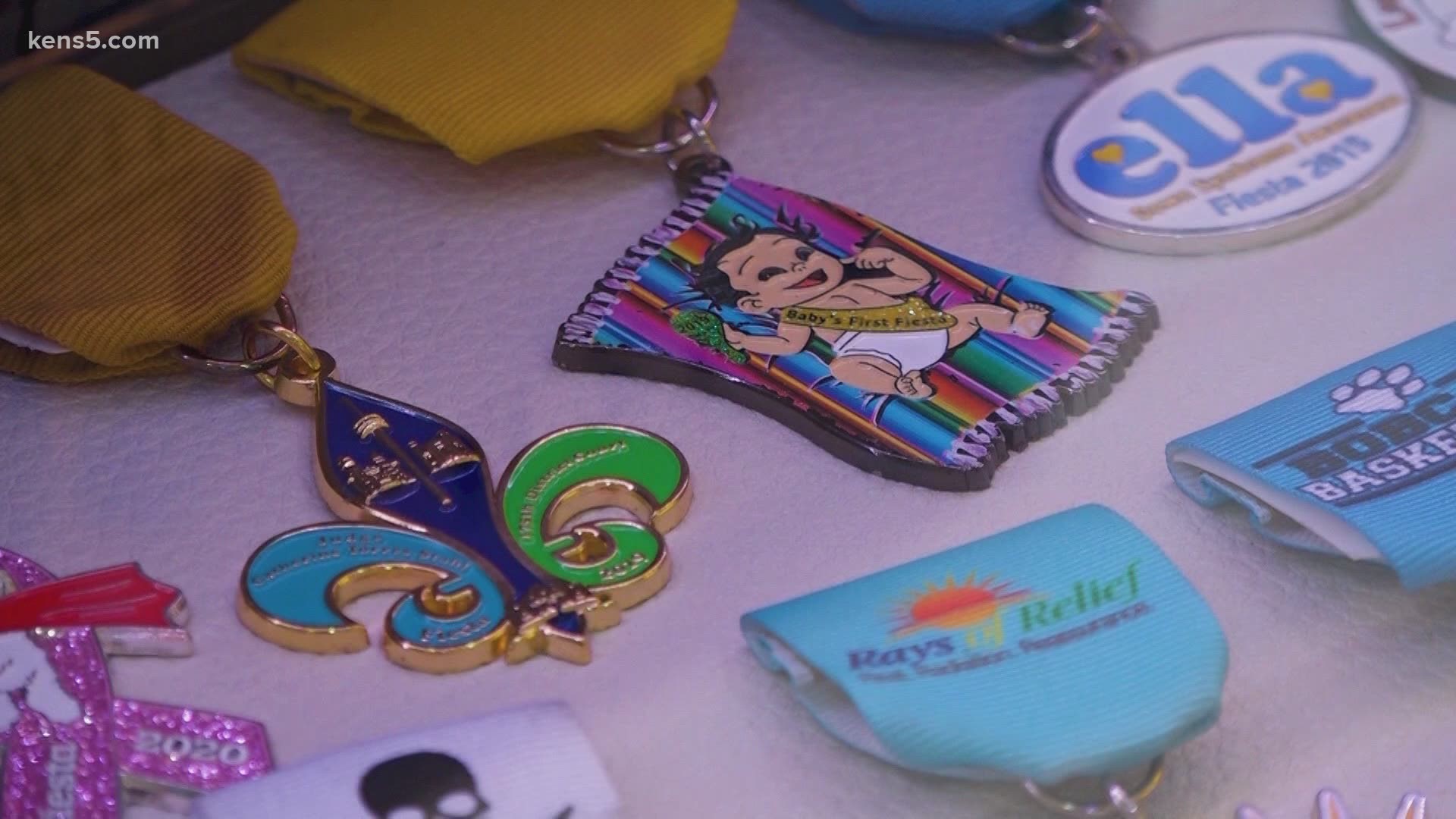 SAN ANTONIO — The sounds of construction are usually a welcoming sign at Habitat for Humanity sites, but as the pandemic gained speed, the work had to slow down.

"When it started in March, we were having about 350 volunteers on our site, and suddenly it went down to about 10," Stephanie Wiese the Vice President of Habitat for Humanity of San Antonio, said.

According to the non-profit, they have 95% fewer volunteers this year. Throw a major fundraising cancellation into the mix and things get complicated.

"We get to sell all the fiesta medals in our store," Weise said. "The funding that comes into our program helps build homes, and without that, we really can't serve the families we're trying to serve every year."

Right now, that funding has slowed. Habitat had to knock down their medal prices from $4.99 to $2.99 because they simply aren't selling.

"It's not just making the money from the medals but the fear that we would potentially even lose money by not being able to sell them at all," Weise said.

It's a concern fiesta medal business owner Alberto Gonzales had back in March when the event's future was first brought into question.

"I think it will also be really impactful on the local non-profits and a lot of people that depend on fiesta this time of year for their income or their fundraising," he said back in the spring.

"We're definitely being affected by it," Natasha Gonzales of Mira Medals said via FaceTime.

Gonzales says purchasing non-profit medals are valuable now more than ever. "So many people use fiesta medals as their annual fundraiser," the medal creator said. "People rely so much on Fiesta."

A reliance you can help sustain. Though we may not have the party you can't forget Fiesta's purpose.

"Support local as much as you can," Gonzales added.

RELATED: Organizations that depend on Fiesta react to cancellation