Two people killed in Niagara County accident, including a child

A vehicle that didn't stop at the stop sign crashed into another car with two adults and five children inside, killing one of them. 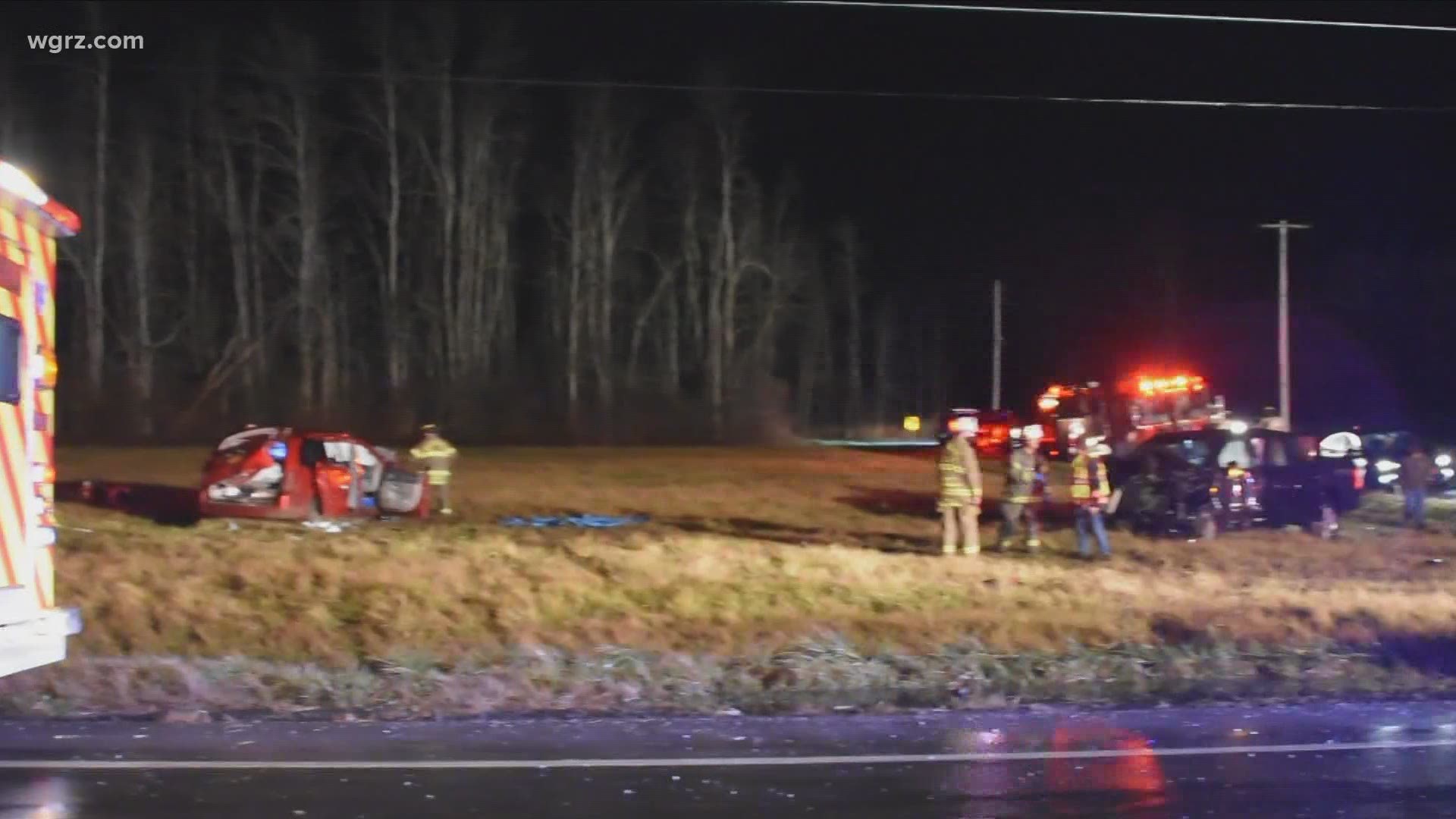 NIAGARA COUNTY, N.Y. — Two people have died, including a child, following an accident in Niagara County on Wednesday night.

The accident happened at the intersection of Griswold Street and Lewiston Road in the Town of Royalton.

Investigators say one of the vehicles was traveling southbound on Griswold Street and failed to stop at the stop sign at the intersection, colliding with another vehicle traveling eastbound on Lewiston Road.

Two adults and five children were in the eastbound vehicle. One child, who was 2 years old, died at the scene. The driver of that vehicle, 31-year-old Danielle Dujenski of Machias, was pronounced dead at Erie County Medical Center.

The status of the injuries of parties involved has not changed.

The front-seat passenger in the vehicle, 30-year-old Garrett Dujenski of Machias, is currently listed in stable condition in the ICU at ECMC.

The Dujenskis had five children in the vehicle, with their ages ranging from 1 year old to 11 years old.

The driver of the southbound vehicle was treated and released from Millard Fillmore Suburban Hospital.

The names of the victims are not being released at this time.