According to Amarillo's website, anyone who meets Texas requirements for vaccination can get a shot at the city’s COVID-19 vaccine clinic, regardless of residency. 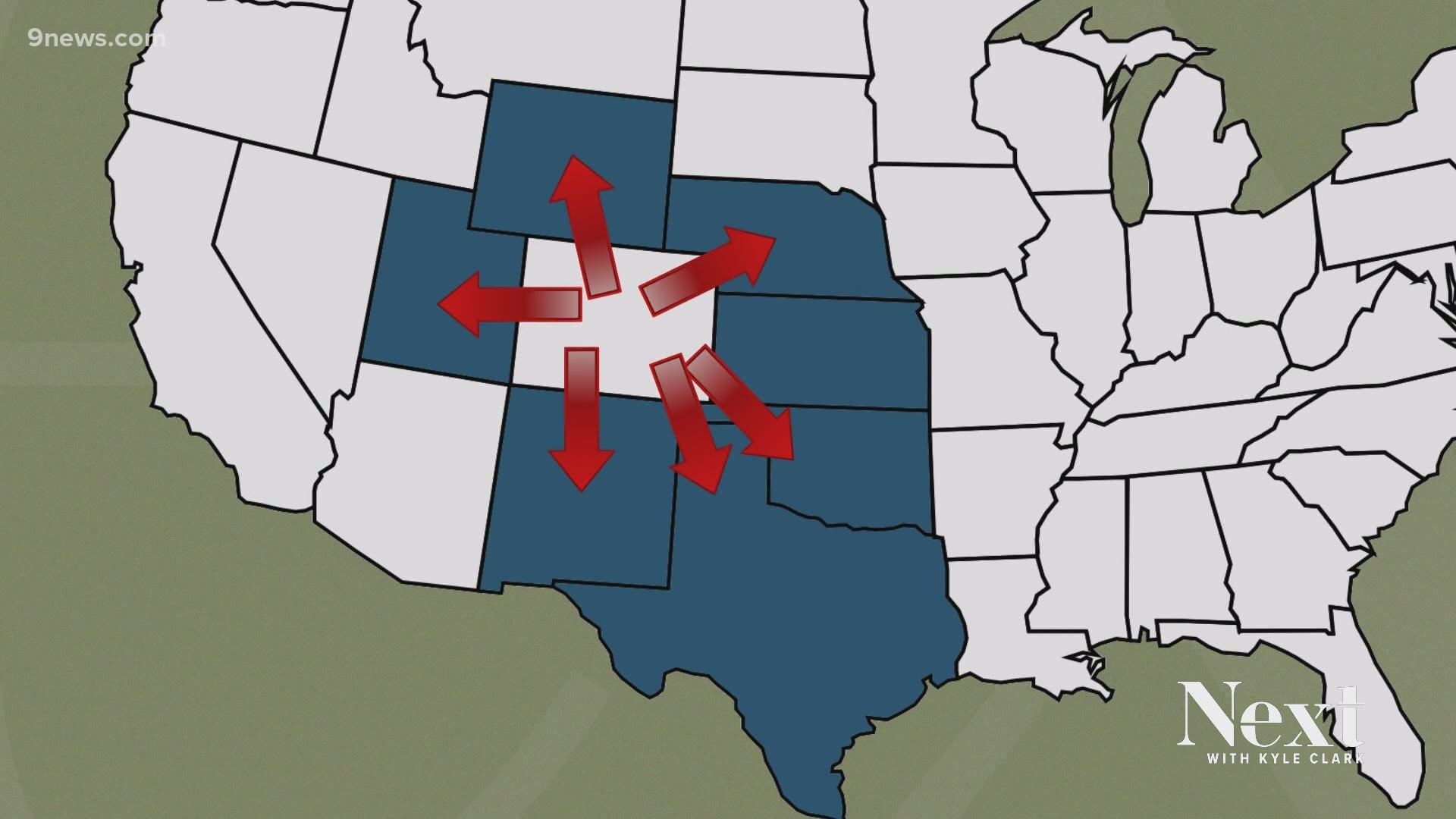 DENVER — This weekend, Peggy Valdez of Lakewood took the first trip she has since the pandemic started, driving 420 miles southeast to Amarillo, Texas.

“I love to travel but never imagined my big trip after a year of self-isolation would be Amarillo,” she said. “I’m sure it’s a lovely city but not bucket list level.”

But Valdez qualifies in Texas, where people 16 and over with only one high-risk condition can be vaccinated.

“I had heard through some friends that you could obtain the Moderna vaccine in Amarillo, Texas,” she said. “We drove down to Amarillo and got in line about 9:00 a.m. when the clinic opened.”

Valdez said she called before she left Colorado to verify.

RELATED: Colorado's COVID-19 numbers have plateaued, but here's why the data shows vaccines are working

RELATED: Colorado reaches goal of vaccinating 70% of people age 70 and up by Feb. 28

In the clinic parking lot, Valdez said she saw license plates from several surrounding states including New Mexico, Kansas and even Minnesota. At the hotel she booked in the city, she said staff told her the hotel was at capacity with a rodeo and volleyball tournament in town and people there to receive the vaccine

Matt Hubbard, of Denver, also has one high-risk condition and wouldn’t qualify until late March. Hubbard owns a furniture store near S. Colorado Boulevard and Yale Avenue and can’t work from home. He said his job has him around customers each day.

He was also vaccinated in Amarillo on Monday.

“I qualify in Texas to be allowed or eligible for a shot and not in Colorado, so this just seemed to be worth it,” he said.

“It was almost cathartic. It was almost challenging not to cry because I’m getting the vaccine. It’s one of those things where effectively it means my pandemic is over.”

Emily Stelling, a teacher in Denver Public Schools, said drove with her mother and boyfriend to receive the vaccine at a clinic in the small town of Dalhart, Texas in late January, before Colorado expanded its eligibility to allow teachers to be vaccinated.

Stelling said her mother who is in her late 60s found the clinic. At the time in late January, Colorado was only allowing vaccinations for people over the age of 70.

“They said, yep, you don’t even have to have an address in Texas,” Stelling said. “You can come from anywhere.”

Stelling said that clinic in Dalhart was vaccinating all members of the general public over the age of 18 at the time, so her boyfriend got the vaccine as well. She said when the family returned for their second dose, they were told that Texas authorities asked the Dalhart clinic to stick to current prioritization.

Only 6% of the vaccine doses administered by Amarillo health officials have gone to people living outside the Texas Panhandle, according to Casie Stoughton, the Amarillo Public Health Department director. 99.34% of doses administered in Texas have gone to people who live in Texas, according to a spokesperson for the Texas Department of State Health Services.

Most states neighboring Colorado, with the exception of Kansas, have looser restrictions for those with high-risk conditions, only requiring one such condition. But some states, like Wyoming, restrict vaccinations to people who live and work in their state.

That has Ryan Hickman, of Loveland, considering making a similar road trip. At age 30, Hickman said he has had both of his heart valves replaced. His wife has asthma.

The couple has already pre-registered for vaccine appointments in the state of Oklahoma where they both have family. They are considering leaving their home for the first time since the pandemic started and driving to get the shot.

Valdez, who received the shot on Monday in Amarillo, said she plans to return to Amarillo in 30 days to get her second dose, effectively becoming fully vaccinated before she would have had the opportunity for a first dose in Colorado.

“I am a long-term cancer survivor and through that journey, I learned that I have to be my own advocate and I can’t wait for the system to take care of me,” she said.

Contact 9NEWS reporter Steve Staeger with tips about this or any story by e-mailing steve@9news.com.

RELATED: Enough COVID vaccine for every US adult by end of May, Biden says

SUGGESTED VIDEOS: Full Episodes of Next with Kyle Clark