"No Whites Allowed" is a so-called zine that focuses on queer people of color and their experiences, but the publication's name is not going over well on campus. 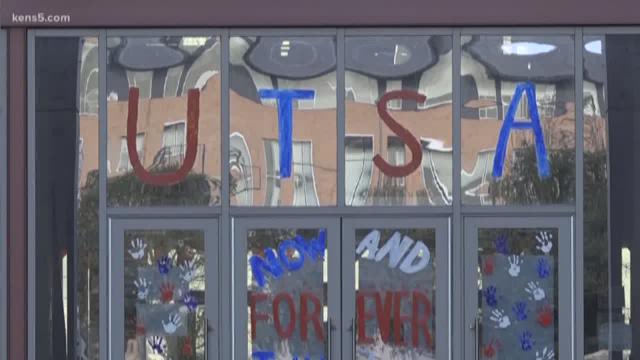 "No Whites Allowed." That's the title of a new publication being produced by and for UTSA students. The so-called zine is aimed at covering a particular subject. This one aims to showcase work from LGBTQ students on campus.

It's not in print yet, but "No Whites Allowed" has stirred up plenty of controversy. Based on social media posts, there's no shortage of people in favor of or against the publication, mainly due to its title.

On the UTSA campus reaction is mixed.

"It's ok for black people to have their own organizations without having white people publish or give the ok about it,” said another.

The group behind the zine sent KENS 5 this statement before their launch party last week:

"The name “No Whites Allowed” follows in the tradition of transgressive and counter culture punk zines from the 80s and 90s. The zine is about queer people of color and their experiences in a society that rejects them."

Despite the name, they add that whites and heterosexuals are encouraged to support them. We've reached out multiple times to organizers for an interview but have not heard back. In a statement, UTSA said, ”this publication is not affiliated with UTSA or any registered student organization”.

On campus, students said this controversy sparked an important conversation about race and inclusion.

"While UTSA is very liberated ethnically, we still have a right to exercise our thoughts and feelings about being black Americans,” junior Kimiya Factory said.

Students we spoke to say they believe in the group's right to free speech, but aren't necessarily fans of the title.

"This is kind of taking a step back in the wrong direction,” another student said.